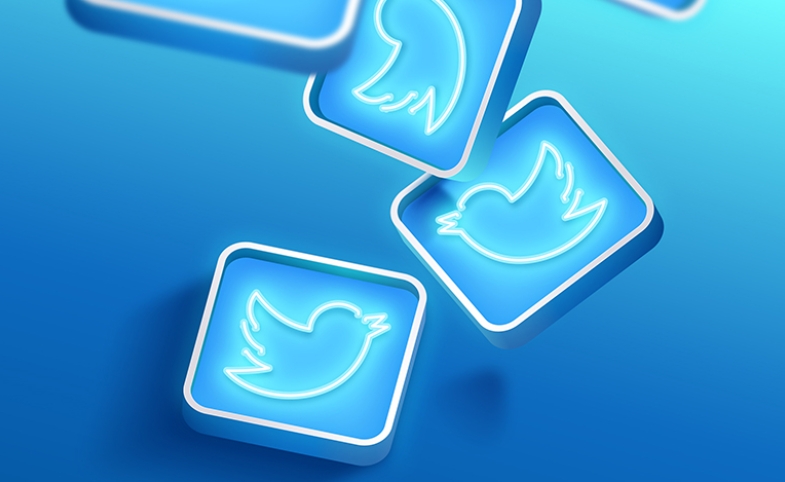 China lives on Twitter. Not as a country, but as a concept—a trending topic for academics, business people and trolls alike. And, in an algorithmic system that incentivizes controversy over nuance, China content turns over with blistering speed. The commentary is critical. Its existence is a capricious one. Diplomats and politicians are reluctant to engage China without incorporating lists of regional grievances or human rights concerns. Even person-to-person, public diplomacy campaigns, so configured for social media projection, rarely deviate from predetermined talking points—or hashtags.

Such is the digital landscape inherited by the latest U.S. ambassador to China, Nicholas Burns. After presenting his credentials to China’s Foreign Ministry in early April, Burns launched an active Twitter presence, gaining more than 30,500 followers in a few months. @USAmbChina is a refreshingly ordinary display of Burns’ life in China. Before departing for Wuhan, Burns posed for a picture at Beijing West Train Station. “My first trip outside of Beijing since the lockdown and my arrival three months ago. 很期待这次旅行!” he wrote on Twitter.

Leaving Beijing West Station to visit our Consulate General in #Wuhan. My first trip outside of Beijing since the lockdown and my arrival three months ago. 很期待这次旅行！ pic.twitter.com/iTPly8lLVO

Several days later, Burns posed with a fellow American at the U.S. Consulate General in Wuhan. “I found a @Celtics fan in #Wuhan, Don Hogg of Portland, Maine,” the caption read.

I found a @Celtics fan in #Wuhan, Don Hogg of Portland, Maine. His day job is to oversee construction of our new U.S. Consulate General. He and I will be at the Ribbon Cutting in this space in September. pic.twitter.com/1HO141yWbE

There is a noticeably personal quality to the ambassador’s Twitter account. It is not dominated by policy objectives or political posturing. Burns tweets about NBA games on CCTV5 at Wuhan’s train station and Pride Month at the U.S. embassy in Bejing. On a late Saturday in June, he hiked around Fenghuangling Nature Park outside of Beijing. “We came to the mountains that inspired the great Chinese novel Journey to the West,” Burns captioned a sweaty group photo with staffers. When was the last time the U.S. ambassador to China talked like this?

Even in disagreement, Burns maintains a Twitter candor rare among high-level diplomats. In a recent opinion piece circulated by the Global Times, a Chinese, state-affiliated media organization, Guo Chushan claimed violence against Native Americans, illustrating U.S. hypocrisy over human rights. @USAmbChina quote-tweeted the article, writing, “We admit our flaws openly and seek to overcome them through freedoms of speech, assembly, the press and religion in pursuit of ‘a more perfect union.’”

We Americans love our country and cherish our democracy. We admit our flaws openly and seek to overcome them through freedoms of speech, assembly, the press and religion in pursuit of “a more perfect union”. This is a great national strength. https://t.co/zL2f5ACV45

Burns’ language was plain. There was no name-calling or admonishing to be found. In the current era of U.S.-China debate—especially online—it is a welcome sight.

The normality of Ambassador Burns’ Twitter account reveals an important lesson for digital diplomacy. Communication technology, particularly after the onset of COVID-19, has reshaped how governments listen, interact and communicate. Biden-Xi summits are now just a Zoom call away. What, then, is to happen to ambassadorship, a role traditionally relied upon to connect capitals? The key is visible in the newly credentialed Burns’ Twitter feed. Ambassadors today must think more like influencers, leveraging the scale and penetration of social media to shape public perception. The style of content posted on @USAmbChina resembles that of any 66-year-old American dad: nature photos, sports takes and the occasional political opinion. His approach is ordinary. But, in an era of unprecedented bilateral tension, such content feels like a radical act.

The Chinese Communist Party (CCP) blocks access to Twitter in mainland China. There should be no illusion of sweeping political change, or even perception shift, ushered in by retweets and candid selfies. Nonetheless, there is precedent for Twitter’s positive impact as a diplomatic tool in China. In 2008, the U.S. embassy in Beijing installed a monitor to analyze—and subsequently tweet—air pollution levels in Beijing. On November 19, 2010, @BeijingAir wrote that air quality in Beijing was “crazy bad,” highlighting the severe amounts of PM2.5, a deadly airborne particle, saturating the skies. Screenshots and summaries of the tweet flooded China’s social media platforms. Pressure from the embassy’s real-time Twitter account forced policymakers in Beijing to reckon with toxic pollutants like PM2.5; in 2013, the CCP invested hundreds of billions of dollars in pollution reduction across China’s major cities.

There is no future imperative for diplomats to live on social media. Quite the contrary—in-person interaction remains fundamental to diplomacy and cultural exchange. However, platforms like Twitter occupy a valuable diplomatic frontier. Utilizing this space, Ambassador Burns tapped into a forgotten desire for normalcy in today’s online U.S.-China discourse.

@USAmbChina—part daily blog, part policy memo—exists as a glimpse of what digital diplomacy too often lacks: personality, shared culture and the capacity for respectful disagreement.

“Higher than mountains, deeper than oceans, stronger than steel and sweeter than honey” is a popular slogan used by Beijing and Islamabad to describe diplomatic relations between China and Pakistan. China, however, seeks...

Note from the CPD Blog Manager: This piece is a summary of the author’s winning submission to the Korea-U.S. Public Diplomacy Ideas Contest 2021, presented by CPD and the Center on Media Diplomacy at Hankuk...