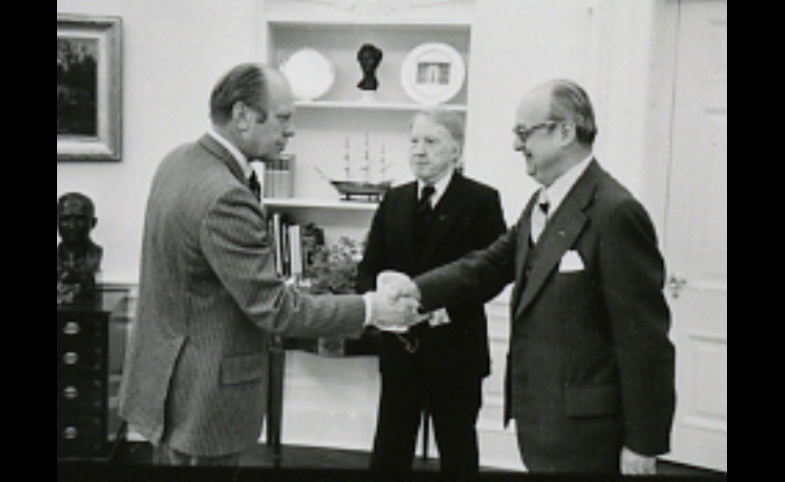 At a time when the news is full of lives lost before their time it sometimes seems unreasonable to be saddened by the passing of a man at the age of 97, but the community of public diplomacy scholars and practitioners should pause for a moment to mark the passing of the great American public diplomat Walter R. Roberts, on June 29, 2014.

Born in Austria in 1916 when that country was in the midst of the Great War and educated at Cambridge University, Roberts was a member of the generation that pioneered U.S. public diplomacy. He was part of the Voice of America's German Service during World War Two and went on to serve in USIA in many roles including that of public affairs officer in Belgrade and of counselor for public affairs in Geneva.

After his retirement he served as staff director and lead writer on the panel on International Information, Educational and Cultural Affairs known after its chairman as the Stanton Panel. Working with the panel he advanced the idea that U.S. public diplomacy was inappropriately organized to face an emerging world of transnational problems. The panel proposed splitting U.S. public diplomacy by task and allowing separate units to tackle broadcasting and culture/exchange work and returning policy advocacy and the advisory function to the Department of State (following the structure of public diplomacy in the U.K. and elsewhere). The ultimate defeat of the Stanton proposals is one of the major missteps from which U.S. public diplomacy has been trying to recover ever since.

Walter Roberts continued to serve on various advisory panels in the field of public diplomacy and was a great supporter of public diplomacy scholarship. He was instrumental in the founding of the Institute for Public Diplomacy and Global Communication at George Washington University, which established an endowment in his name in 2005. He was always warm, generous with his time and his ideas, welcoming to younger practitioners and scholars, and wise in his consideration of the latest developments in his old craft. He was proud to have served in the field of public diplomacy.

He did not get the full credit for everything he did. He once told me in an interview that he was the true originator of the famous remark that the greatest achievement of post-war Austria was to "convince the world that Beethoven was Austrian and Hitler was a German," which is now generally attributed to the filmmaker Billy Wilder.

Here's a snippet of Walter talking about his time at VOA.

It is sad to learn of the recent passing of Evelyn Lieberman, one of the great women of U.S. public diplomacy. Lieberman brought energy and integrity to Bill Clinton’s second administration in the first instance as his...

I first met Jack Masey at the George Washington University event in 2009 that marked the 50th anniversary of the American National Exhibition in Moscow. In August 2010, knee-deep in research for my dissertation on U.S....