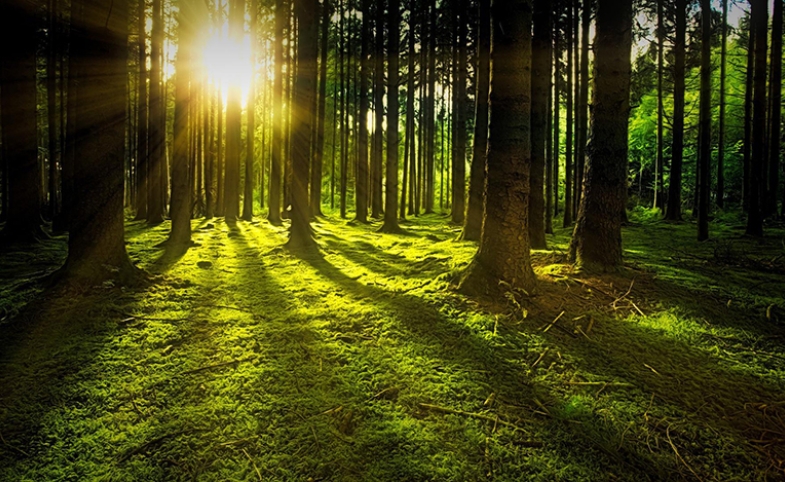 Note from the CPD Blog Manager: The author served as U.S. Public Diplomat in Residence, CPD Visiting Scholar, 2020–22. This is a two-part series describing her research project on environmental initiatives. In part one, the author discusses the successful implementation of anti-wildlife trafficking programs in Brazil and Namibia and sustainable development efforts in Costa Rica. Part two will address best practices and lessons learned from other successful public diplomacy/advocacy environmental initiatives.

If you wanted to implement a public diplomacy/advocacy program with an environment focus, would it be helpful to read about successful programs that others have done? If you study public diplomacy, would best practices and lessons learned in environment outreach be of interest to you? If so, the following text is for you.

Early in my fellowship at USC, it became clear that the environment was one of our public diplomacy students’ top concerns. Irrespective of which topic we addressed in class, the students found a way to incorporate environment issues into their projects and presentations. Curious to learn more about environment public diplomacy/advocacy programs, I did a lot of reading and then interviewed some of my U.S. Foreign Service colleagues and the leadership of several accomplished environment organizations. Then, I started a repository of impactful projects that I hoped would inspire others engaged in public diplomacy/advocacy to adapt and implement in their own contexts.

I created a brief survey and asked contacts in my personal and professional networks to share it. Straight away, it became apparent that many folks don’t want to complete surveys­­—perhaps because they don’t see a benefit for themselves as a consequence? It’s unfortunate, because the data can be really informative and useful. After gentle nudges and reminders, some kind people at implementing organizations contributed interesting responses to my survey. These organizations are working in Brazil, Cameroon, Chile, Costa Rica, Democratic Republic of the Congo, Gabon, Guatemala, Iraq, Morocco, Namibia, Nigeria and Thailand. Wildlife crime, plastic and other contaminant waste, marine life and habitat protection, ocean-friendly business and environmental justice were among the themes of the successful initiatives submitted.

Three of the numerous, very good submissions are highlighted here:

Although important documents, such as the UN resolution "Tackling illicit trafficking in wildlife," call for countries to enhance efforts to counter wildlife trafficking—including bolstering existing legislation—the current political scenario in Brazil is not favorable for the strengthening of any environmental law. Existing environmental crime laws in Brazil are toothless. The main federal law for combating wildlife trafficking—article 29 of the Brazilian Environmental Crimes Law (9.605/1998)—has proved ineffective. Traffickers have been caught repeated times with several hundred animals, in different states, demonstrating professional competence, all while suffering few or no legal penalties.

Freeland Brasil recognized the importance of ensuring that members of the judicial system in Brazil understood that in addition to being illegal, wildlife trafficking results in negative consequences for the economy, public health, security, biodiversity and governance. Therefore, it collaborated with several high-level Brazilian and U.S. organizations (including the U.S. Forest Service and Department of Justice) and hosted a workshop for representatives from the judicial system. The purpose was to discuss and reach consensus on the application of legislation that has a connection to wildlife trafficking cases, such as fencing, fraud and forgery, smuggling, etc., beyond the weak environmental crimes law. Then, the participants produced and signed a document that was disseminated by the Association of Federal Judges of Brazil and used by police commissioners at the National Police Academy. The goal is to make committing this crime more difficult and less profitable. This successful initiative could be implemented to address other environment issues as well.

The Namibia Chamber of Environment (NCE) is a nonprofit umbrella organization that supports the environmental interests of the national Constitution of Namibia. A year of quiet diplomacy with the Chinese embassy in Windhoek concerning Chinese nationals in Namibia driving (through financial incentives) the poaching and trafficking of threatened wildlife and their products failed to get traction or even serious attention.

Therefore, the NCE hand-delivered an open letter to the Chinese ambassador. This letter was signed by more than 40 environmental and tourism NGOs and companies. It explained the case against Chinese nationals (listing contraventions and public documents on arrests and prosecutions) and highlighted how the Chinese embassy and China itself seemed to be aiding and abetting the stripping of resources in Africa. Beyond being published in national media, the letter was also widely distributed to international media outlets, the UN, international environmental NGOs and other heads of government.

This campaign produced many results, including (a) the Chinese ambassador was recalled from Namibia, (b) a seven-point plan to address the problem was agreed upon, (c) the Chinese embassy initiated an outreach program to its nationals and made donations to conservation, (d) incidents of Chinese nationals being arrested and charged with possession and trafficking reduced substantially and (e) elephant and rhino poaching cases declined significantly.

Some best practices from this project are addressed in part two of this piece, but one vital factor is the power of a unified environmental NGO sector. The head of the NCE shared an interesting observation. He said:

One of our recommendations was that a similar approach to address the same problems with Chinese nationals and wildlife crime be rolled out via the Chinese Embassies in neighbouring countries. This was not done. Perhaps that was over-reach on our part, as we had no way of enforcing this, but it does show that the Chinese commitment to conservation goes only as far as where there is strong resistance and the possibility of losing face. Many of our neighbouring countries have neither the strong (unified) NGO sector nor the strong (and sufficiently corruption-free) government to address this issue (in a similar manner).

In Costa Rica, the nonprofit Corcovado Foundation protects the country's natural heritage for future generations through sustainable development and tourism, education and community empowerment, and the strengthening of protected wildlife areas.

The communities surrounding the protected areas in the Osa Peninsula are some of the poorest populations in Costa Rica. They are geographically isolated and, therefore, underserved by government agencies, and they have limited economic options. Over the previous decade, ecotourism began to generate income in these communities, which resulted in reduced pressure upon natural resources. However, the COVID-19 pandemic brought tourism in Costa Rica to an all-time low. Many companies in the Osa closed, and with no other possibilities, vulnerable residents returned to mining, hunting and logging.

The Corcovado Foundation introduced an alternative by implementing workshops on permaculture and regenerative agriculture to promote self-sufficiency, food security and environmental justice. This enabled the community to have the food needed for its subsistence while avoiding the use of dangerous pollutants, reducing the hunting of wild animals and decreasing forest destruction by improving soil productivity. Alejandra Monge, executive director of the Corcovado Foundation, noted that modern organic farming not only produces better crop yields, but it also supports biodiversity, soil fertility, and human and environmental health. She added that the market for organic products is growing rapidly, as is the amount of land being dedicated to this type of sustainable agriculture.

Historically, public diplomacy was the transparent means by which a sovereign country communicated with publics in other countries in order to inform and influence them in promoting its national interest and advancing its foreign policy goals. The three non-state actors highlighted above demonstrate public diplomacy in today’s context. They contributed to a system of mutually beneficial relationships involving multiple stakeholders that operate in a fluid global context, in this case focused on the environment. And they succeeded in producing positive results.

Part two of this piece will address best practices and lessons learned from other successful public diplomacy/advocacy environment initiatives.

A Few Minutes with Joëlle Uzarski

U.S. Foreign Service Officer and CPD's 2020–22 U.S. Diplomat-in-Residence Joëlle Uzarski shares about what it's like to teach USC students, learn from them and more. This feature was included in CPD's...