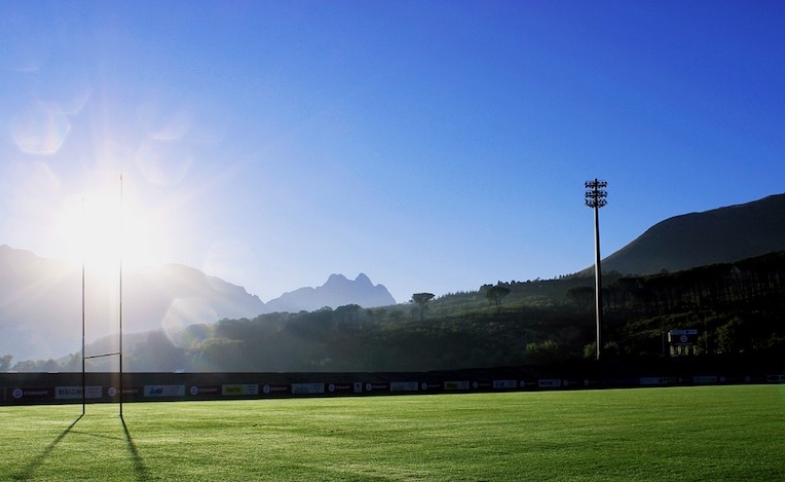 Springboks as a Springboard

South Africa has a history of using their sporting capacities to their advantage and have successfully hosted multiple Mega-Events in the past, improving global perceptions and encouraging unity between cultures throughout the country.

Sport has always been a great way of bringing people together, not only domestically, but it has also been a unifying factor throughout the whole of Africa. The FIFA World Cup 2010 was an event “on behalf of the continent, a moment when Africa stood tall and resolutely turned the tide on centuries of poverty and conflict.”

As Jim Cain said at the 2009 Hague Diplomacy convention, “sport is a powerful medium to reach out and build relationships across cultural and ethnic divides,” which is why South Africa needs to invest in a sports diplomacy campaign. Many of the success stories emanating from Africa have sport as their theme. From the emergence of individual icons, to the socio-political impact of South Africa hosting and winning the 1995 Rugby World Cup as well as the legacy of the 2010 FIFA World Cup, the foundations of a good sports diplomacy campaign have been laid.

The greatest triumph of the iconic 1995 Rugby World Cup was fostering harmony between all South Africans. It was a major step in reconciliation, and as expressed by captain Francois Pienaar, “we won the trophy for not only the 60,000 people watching today but for the 43 million South Africans across the country.” This World Cup was the first that South Africa had been a part of, missing the first two due to an international sports ban in retaliation against the apartheid regime. It was vital in changing global perceptions of South Africa, and showed the world that South Africans are one, they are the rainbow nation and they will be known across the world for their sport.

In this new era of information, technology and social media, sport has become a powerful foreign policy tool. Audiences have become more receptive to soft power interactions, especially with sport due to its global appeal. It is exceptionally important to use sport, in today’s dynamic environment, as a means to carry a foreign policy message and restore international relationships and global perceptions.

South Africa has a history of using their sporting capacities to their advantage and have successfully hosted multiple Mega-Events in the past, improving global perceptions and encouraging unity between cultures throughout the country.

For example, in 2009 when Rio De Janeiro won the bid to host the Olympic Games, Brazil was thriving economically—the best situation it had been in, in 50 years. Whereas today, Brazil is at risk of another recession, with their GDP growth down 1.5 percent and education, healthcare and security sectors suffering cuts to budgets.

The benefits of hosting mega-events as a sport diplomacy tactic include increases in trade and foreign investment, and upgrades to transportation services and infrastructure. These developments help improve standards of living for locals, as well as increase the productive capacity of the economy. During mega- events, host countries see a rise in the amount of construction and security work, as well as in tourism, increasing spending and improving local businesses. However, these effects are mostly temporary and are only present while mega-events occur.

If these events are planned and conducted responsibly, they can be used effectively; resulting in positive economic benefits and improving global perceptions. For example, the Los Angeles Olympics in 1984 was financially successful due to the minimal stadiums built, utilizing existing stadiums instead.

South Africa, like Los Angeles, has world class stadiums situated all over the country. If a mega-event were to be held in South Africa, no new large infrastructure would be required. South Africa is no stranger to hosting mega-events and it certainly has the resources, infrastructure and credentials to host another mega- event. The country has strong, pre-existing ties with rugby crazed nations and fans, as well as the sport itself. With elite rugby teams situated in each province, and eight world-class stadiums, South Africa logistically exceeds the requirements to host a World Cup Final.

It has been 24 years since South Africa famously held the 1995 Rugby World Cup; the image of Nelson Mandela handing the Cup to the Springbok’s captain is a prominent and celebrated image in world sport.

As David Haigh stated, Africa “starting from a low economic base and still troubled by political instability, is nonetheless beginning to demonstrate its true potential. African lions are the future of global economic growth.” Haigh reinforces the importance of investing on a sports diplomacy campaign in South Africa.

Sport is an incredible soft power asset that South Africa possesses. However, before a sports diplomacy campaign can be implemented, the impacts of the corrupt Zuma government need to be addressed. It will be interesting to witness the development of South Africa over the next eight years, economically, politically and socially, particularly in the lead up to the 2027 Rugby World Cup.

Ultimately, I believe that South Africa has the capability; they know what to do and they know how to do it. It is a matter of using the Springboks as a springboard and going back to the glory days of South African rugby.

Did you know that the International Olympic Committee pre-dates the United Nations? CPD Faculty Fellow James Pamment of Lund University notes this fact while introducing a new special issue of the journal Place...