Home|Soft Power and the World’s Game: The Premier League in Asia 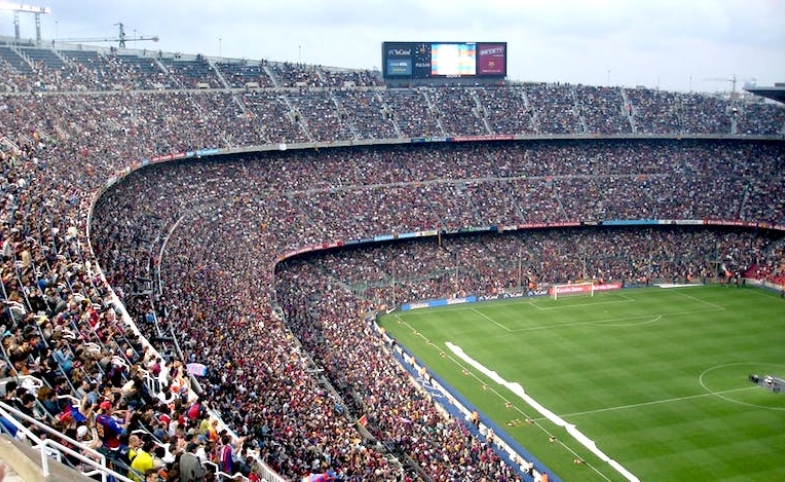 At a time when the prevailing political winds tack towards the negative and far too much of public debate is focused on the things that divide rather than unite, the role of sport has never been a more important force for bringing people together. True, the popularity of given sports varies from country to country and region to region. But the truly global game is Football/Futbol/Calcio/Soccer/足球. Not only can sport be a uniting force, it can be used for positive change and to build positive links between people in different countries.

When looking at the professional leagues around the world, the (English) Premier League is widely regarded as the most popular league in the world. Its games are broadcast into one billion homes in 189 countries across 38 weeks of the year. But while live broadcasts of the Premier League mean fans around the world can see their teams on the screen of a TV, tablet or smartphone every week, the League realized it needed to bring the live experience closer to its rising fan base and engage with its truly global audience.

The Premier League Asia Trophy does exactly that. As a biennial preseason tournament played between Premier League teams, it brings the unique live experience of top-flight English football to fans in Asia. First held in Kuala Lumpur in 2003, the Premier League Asia Trophy has also been held in Bangkok, Beijing and Singapore. Hong Kong hosted the most recent tournament in 2017, and it was the fourth time the city had played host, and the first played with four Premier League teams: Liverpool, Leicester City, West Bromwich Albion and Crystal Palace. So high was the demand for tickets that all games sold out in 48 hours.

Yet, while the action on the pitch draws the headlines, the Asia Trophy is built around working with local clubs to deliver a range of activities that help the development of football in Hong Kong (or wherever the tournament is being hosted). The Premier League works with local Football Associations, as well as the Asian Football Confederation (the regional governing body), to run a range of events and programs aimed at improving youth player development, coaching and the quality of officiating.

During the 2017 program in Hong Kong, the Premier League team on the ground ran a set of "Premier Skills" courses to help develop new youth football coaches, as well as working with the Hong Kong FA’s elite referee training academy, all with a focus of encouraging more women into football.

Premier Skills is the Premier League’s lead international development program, run for the past eleven years in partnership with the British Council and a range of different sporting, government and nongovernment bodies. The Premier Skills program has had huge impact, training more than 20,000 men and women as coaches and referees across 29 countries, all of whom have gone on to work with over 1.5 million young people.

Alongside Premier Skills, the Asia Trophy incorporated an international conference held with the Asian Football Confederation (AFC), focusing on best practice in "Social Development through Football." Representatives from the AFC’s 47-member associations were invited to attend and take part.

The Asia Trophy holds lessons for other countries looking to engage with global audiences through sport.

Importantly, the player, coach and referee development programs that ran in conjunction with the Asia Trophy, did so over the course of weeks, not days. They started well before and lasted after the tournament itself. The aim of these programs is to build lasting relationships and help deliver a sustainable positive impact for youth football in Asia.

In the totality of its scope, the Asia Trophy delivers both a major public facing event for football fans, and makes a meaningful contribution to the future of football in Asia. Doing so has a major positive impact on the overall perceptions of the UK itself. Said differently, the Asia Trophy has been good for British soft power. This is not based on anecdotal evidence, but is illustrated in a study based on international polling data published by Populus, the research firm.

Compared against fourteen other brands, the Premier League comes top of the British brand league table. One of the stand out figures from the polling data is that 84 percent of followers of the League say that they think more positively of the UK as a result of it, with this rising to 90 percent among both young and affluent survey respondents.

The Asia Trophy holds lessons for other countries looking to engage with global audiences through sport. The Premier League has worked effectively with British diplomatic missions in Asia to help deliver the more long-term social and sports development elements of the Asia Trophy. Importantly, the British government’s involvement has not been too heavy-handed, which can undermine the soft power potential of such initiatives. But where governments can help provide a platform or make links for popular brands and institutions abroad, it should seek to do so.

Sport, as a uniting force—and football the global sport—provides the perfect vehicle for bringing people together across borders, cultures and languages. If governments—and sports organizations—can leverage it properly, such events can make a real impact in building better links between countries and changing international perceptions for the better. As The Soft Power 30—and indeed the British Icons Index—can attest, the English Premier League is clearly a boon for British soft power.

Note from the CPD Blog Manager: This piece, written by Jonathan McClory, originally appeared in the 2018 Soft Power 30 report.

Jonathan is the author of The Soft Power 30 and a specialist in soft power, public diplomacy, cultural relations and place branding. Based in Singapore, he is Portland’s General Manager for Asia.

Australia in Asia: the Odd Man Out?

In the 1990s, when debate over Australia’s role in Asia was going through one of its periodic convulsions, Gareth Evans, the then Foreign Minister, coined a phrase to describe the country’s often hazy place in Asia’s future...