Home|Australia in Asia: the Odd Man Out? 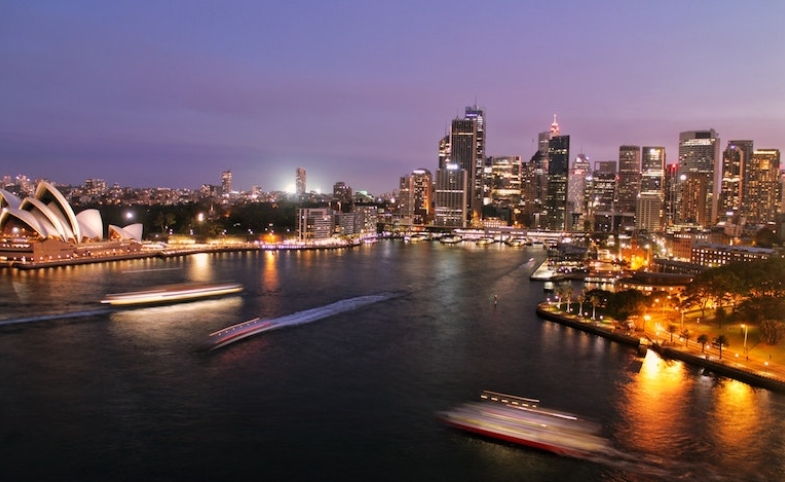 Australia in Asia: the Odd Man Out?

In the 1990s, when debate over Australia’s role in Asia was going through one of its periodic convulsions, Gareth Evans, the then Foreign Minister, coined a phrase to describe the country’s often hazy place in Asia’s future. Instead of being the odd man out in the region, he said, Australia should be the odd man in.

Australia has always been the odd man out in Asia in one sense. As a largely Caucasian nation tied to an empire, it stood in stark contrast to a polyglot region which took pride in the various ways its nations had shrugged off western colonizers.

Less obviously, though, Australia had been the odd man in as well. Australia strongly backed Indonesian independence, pushed to develop Asian countries as its major trading partners from the late 1950s onwards, educated tens of thousands of Asian students in its universities over many decades and was a pioneer in forging regional institutions.

To this day, Australia is still strung between the two poles of in and out, comfortably so, on some days, and uncomfortably on others. How this tension plays out depends as much on the regional powerhouse of China, as it does on Australia itself.

The U.S. remains, for the moment, the predominant power in Asia, but it is hanging on by the skin of its teeth in the face of China’s challenge. Over time, it is reasonable to assume, the Chinese economy will eclipse that of the U.S. And from economic clout flows political power.

It was one thing being the odd man out when the U.S. was the predominant power in the region, and Australia’s most difficult relationships were with countries like Indonesia and Malaysia. It is something else altogether if Australia is caught offside with China.

Beijing has specific demands for countries in the region, and Australia is no exception. It wants countries to keep quiet about disputes in the South China Sea and show less fealty to the U.S. alliance. In Australia’s case, Beijing also wants Canberra to stop complaining about China’s alleged interference in domestic politics, through the large Chinese community.

China has long prepared for the day when it will be the region’s dominant power, building a formidable blue water navy, now with two aircraft carriers, and acquiring, developing and investing in the technologies to put it on a par with the U.S., Japan and Europe. All of its capabilities, in turn, are being leveraged to make Beijing the dominant power in the South China Sea, which only a decade ago could be politely labelled an American lake.

Along the way, China has developed sharp diplomatic elbows, putting relentless strategic pressure on country after country to accommodate Beijing’s interests. At the moment, China has Australia in its sights.

As someone who lived in China for many years and who is now paid to think about it at the Lowy Institute, a think tank in Sydney, I am regularly asked to comment on the rise of Australia’s great neighbor to the north.

To this day, Australia is still strung between the two poles of in and out, comfortably so, on some days, and uncomfortably on others. How this tension plays out depends as much on the regional powerhouse of China, as it does on Australia itself.

Often, I adopt a mildly reassuring tone, telling people that just about every country is in the same boat as Australia, struggling to grapple with China’s rise.

Singapore had its turn in the Chinese tumble-dryer in 2016 and 2017 as a result of disputes related to the South China Sea and Taiwan; Germany is worried about Chinese investments into its corporate crown jewels, like Daimler, which owns Mercedes-Benz; and the U.S. is endlessly engaged in perennial great power competition with Beijing.

But truth be told, with the possible exception of South Korea, Australia is exposed to China like no other country.

That can be a good and bad thing. Economically, Australia’s China success story just keeps on keeping on. According to figures released in the early months of 2018, China now takes one third of Australia’s exports, compared with fourteen percent a decade ago. America’s share, by contrast, is less than four percent.

The growth in services exports is even more pronounced. At Sydney University, overseas student fees rose 92 percent in three years, to A$752 million in 2017. At the University of New South Wales nearby, revenue jumped 26 percent between 2015 and 2016 to A$560 million, according to the Sydney Morning Herald. Most of these funds come from full-fee paying Chinese students.

Economic and trade relations with China have never been better. Political relations, however, are at one of their lowest points since normalization of ties in the early seventies.

There are two major issues putting the two countries at odds. The first is China’s anger at Australia for speaking out on the South China Sea, often in concert with the U.S. and Japan. The second is the political controversy in Australia, which Beijing believes has been stoked by the government, over alleged Chinese interference in Australian politics.

So far, much to the relief of the business community, China has not imposed any economic costs on Australia, other than the reported delay of some wine imports. Beijing has the means to do so—witness its punishment of South Korea over the stationing of a U.S. anti-missile system in 2016. More recently, Beijing has systemically held up U.S. goods at its borders, to remind the Trump administration of the costs of a trade war.

Beijing could do the same to Australia, but it would come at a cost for China as well. Chinese steelmakers would be hurt by having to buy their resources more expensively elsewhere. More importantly it is often forgotten that it is Chinese families and individuals, not the Chinese government, which makes decisions about where to study overseas and take holidays.

To disrupt this trade, Beijing would have to use a sledgehammer, by shutting access to Chinese travelling to Australia for study and tourism. Not only would such measures hurt many Chinese, they would cause an international outcry which would be hugely damaging to Beijing.

More optimistically, the intensity of bilateral relations is evidence not just of how closely the two countries are intertwined, but how much Australia has changed since the days of the odd-man-in-odd-man-out debate.

Sydney and Melbourne, in particular, increasingly resemble thoroughly pan-Asian cities these days, with higher density living and populations from just about every country in the region.

The inflow of students, especially from India and China, is one reason for that. But so too is immigration, which has transformed the demographics of Australian cities. The idea of Australia as a uniformly white country, an impression one could admittedly still get from surveying the top ranks of the country’s political, business and media elite, is fast disappearing in the rear view mirror.

Australia has its share of bigots, like any country, and always will. But compared to other countries, Australia has made the transition to a genuinely multicultural society with little relative trauma.

Along the way, Australia has managed to preserve the parts of its heritage that remain its core strengths—a lively democracy and strong legal, educational and governmental institutions.

Throw in the country’s physical beauty and clean environment (at least relative to most industrializing Asian countries), Australia has ample qualities allowing it to thrive in the Asia Pacific, as long as it can come to a modus vivendi with China.

Such soft power assets, of course, do not always help relations with China. The Chinese Communist Party has never liked the scrutiny that comes with a free press. Nor do Chinese leaders like to be subject of the hurly-burly of democratic debate.

But Australia’s soft power assets are part of a set of qualities that produce an outcome that China does appreciate. Australia is a modern, stable country with a well-established rule of law. Investments have the protection of the courts. Contracts are enforced, all of which has made Australia an extremely beneficial partner for China.

The upside to Australia’s China dilemma is that it is not alone. Odd man in, or odd man out, every country in the region faces the same China challenge.

Note from the CPD Blog Manager: This piece, written by Richard McGregor, originally appeared in the 2018 Soft Power 30 report.

Richard McGregor is a Senior Fellow at the Lowy Institute with expertise in the politics and economies of East Asia, primarily China and Japan. He was the Financial Times bureau chief in Beijing and Shanghai from 2000 to 2009, and headed the Washington office from 2011 to 2015.