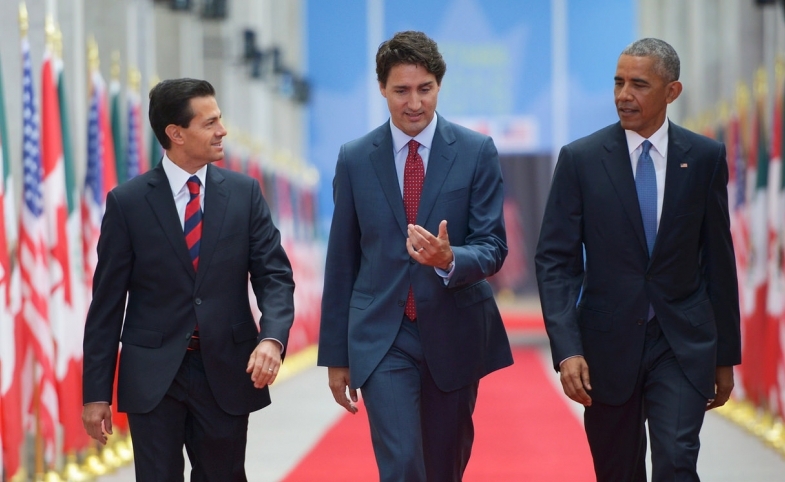 Contrary to its designer's expectations, the rolling research tracking the relative strength of national brands, now known as the Anholt/GFK Roper Nation Brands Index, is one of the most boring runs of numbers known to humanity. Unlike the Billboard music chart or the "Who's Hot" list in the celebrity-watch magazines, the nation brands index is astonishingly stable. Years roll by with minimal changes within the top 10.

The only major adjustments have been a surge for the U.S. from 7th to 1st place which accompanied the election of Barack Obama in 2008, and a slight tussle for 1st place between Germany and the U.S. in 2014/15 in the wake of the Edward Snowden revelations.

This year's numbers show three interesting things: Firstly, the U.S. remains in top place despite the unattractive way in which its presidential election was being fought at the time of the poll.

Secondly, the relative reputations of all the leading countries is continuing to decline.

Thirdly, because Canada's reputation is not declining quite so fast as the others, Canada has moved ahead of France to claim the fourth spot on this list. It would be interesting to know more about the breakdown of this move, but the election of Justin Trudeau must surely figure somewhere along the line.

One hopes that Ottawa will take the hint and continue its revamping of the machinery of Canadian public diplomacy.

International reputations take decades to build, and while Canada's reputation as a global humanitarian and good citizen was not supported by many deeds during the decade when Stephen Harper was Prime Minister, Trudeau has plainly recommenced payments into that account. It seems that the world has noticed and, if not quite embracing the Canadian brand, is at least pushing it away less vigorously than those of other nations. One hopes that Ottawa will take the hint and continue its revamping of the machinery of Canadian public diplomacy.

The world needs a conversation with Canada right now. The world also needs Canadian global citizenship. Canada's reputation has always rested on genuine contributions to the well-being of the world. In this regard, it is interesting to compare Canada's standing in the NBI to its place in the so-called "Good Country Index," which Simon Anholt and Robert Govers launched in 2014, which measures actual contributions to global well-being weighted by relative GDP.

That index—last updated in 2015—still shows the impact of the Harper-era neglect and places Canada at ten (with Sweden as first). This suggests that Canada has room for improvement. Ottawa, regardless, should be encouraged. Given the election of Trump, the UK's Brexit vote, and general meltdown in Europe, Canada may yet find a higher position in the NBI and Good Country Index in years to come.

Photo by Presidencia MX I CC 2.0

Barbara Streisand and Lena Dunham may be some of the higher profile Trumpfugees leaving the country and heading to Justin Trudeau’s Canada. What is less certain is if a President Donald Trump will make Ottawa his first...