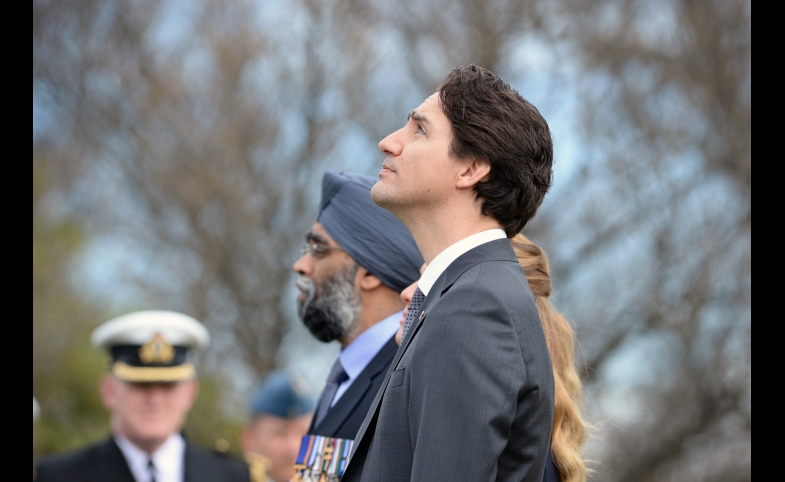 Hot on the heels of his high-profile visit to China and attendance at the G-20 summit in Hangzhou, Prime Minister Justin Trudeau last week successfully hosted the Global Fund Replenishment conference in Montreal and will address the UN General Assembly in New York today or tomorrow.

Amid this whirlwind of activity, Canada’s peripatetic PM will undoubtedly attract renewed domestic and international attention. Not unlike their treatment of fellow celebrities Bill Gates and Bono,  an adoring media is almost certain to dole out continued exultation.

While such adulation is not entirely unwarranted, a closer look at the government’s first year in office suggests that a more critical assessment of its diplomatic and international policy performance may be in order.

Trudeau is fond of emphasizing that “Canada is back” on the world stage. While repeating that mantra may represent good communications practice, after a decade of foreign policy retrogression the substantive case is proving somewhat more difficult to make. The Canada to which the PM refers has been a long time gone. The erstwhile honest broker, helpful fixer, compassionate aid donor,  purveyor of creative policy ideas  and provider of good offices morphed during the Harper years into the Colossal Fossil, an obstruction to progress, a pariah to be avoided.

The ongoing effort to reconnect with a storied internationalist past, while understandable, won’t in itself be enough. Moreover, while distinct in tone and content from the warrior nation wannabe preoccupations of the Harper Conservative years, when it comes to overall strategic orientation and attention to the health of the diplomatic ecosystem, some elements of the new government’s record suggest demonstrable cause for concern.

A gathering of dark clouds, largely overlooked to date  but the result of deliberate policy decisions, may test Trudeau’s ability to credibly project his trademark “sunny ways” into the future.

Restoring the country’s place in the world will take more than these gestures.

It has been several decades since the last burst of Canadian international activism–Foreign Minister Lloyd Axworthy’s Human Security Agenda in 1996 to 2000. During that period, Canadian leadership helped bring to fruition the Land Mine Ban Treaty, the International Criminal Court, the Kimberly Process to curb trafficking in “blood diamonds”, and efforts to regulate the trade in small arms and address the problem of children in conflict.

The Canadian-convened International Commission on Intervention and State Sovereignty produced its influential Responsibility to Protect report in 2001, but in subsequent years this country has been largely absent from the world stage. With the exception of the Harper government’s controversial foray into maternal, newborn and child health, and participation in ill-starred military interventions in Afghanistan and Libya, Canada’s once-ubiquitous presence in the international arena became almost spectral.

To be sure, the Trudeau government has taken some significant steps, both symbolic and substantive, to modify the country’s international engagement. On key files such as multilateralism, climate change, pipelines, energy, and environmental protection, directions have been changed and real progress achieved. So, too, as regards to relations with the USA, Mexico, the BRICS, the opening to Iran, and a putative return to peacekeeping operations. Diplomats, like scientists, have been unmuzzled, and are once again afforded the confidence, trust and respect required to engage in unscripted conversations. The foreign ministry has been re-christened Global Affairs Canada, and the curiously conceived “Sovereign’s Wall” in the lobby of the Pearson Building decommissioned, with the oversized portrait of the Queen removed and the magnificent Pellan canvasses restored.

Still, restoring the country’s place in the world will take more than these gestures, plus a good showing at the COP 21 climate change talks in Paris, turning up at various international meetings (G20, Commonwealth, APEC, G-7, NATO, NAFTA), hosting the UN Secretary General, and resettling several tens of thousands of Syrian refugees. All of that, plus upbeat references to Canadian diversity and resourcefulness in Davos and elsewhere, won’t be enough to secure election to the UN Security council in 2021.

Remarkably little  been said about the mechanics, retooling, and resources which will be essential to support a return to progressive diplomatic activism. Sooner or later, the lack of reform and significant reinvestment in international policy institutions, and a faltering commitment to human rights, arms control, and non-proliferation are bound to be noticed. So, too, with the unnecessary intervention in Syria/Iraq, and the incoherent approach to arms exports. The controversial decision to proceed with the $15 billion Saudi arms deal for light armored vehicles was badly mishandled, as was the flip-flop on ISIL’s genocidal practices.

The matter of Canadian treatment of Afghan detainees, and the possible commission of war crimes and violation of international humanitarian law, remain unfinished business of the first order.  Even spending on official development assistance, despite a marginal increase in the last budget, remains well below 2011 levels, leaving Canada near the bottom among OECD countries, and light years away from Pearson’s commitment of .7% of GDP.

The deployment of a battle group, frigate and fighter jets to the Baltics under NATO auspices, and a possible defence cooperation agreement with Ukraine will almost certainly be seen as provocative; both have a distinctly retro, Cold War-era feel. On these issues, as well as matters related to free trade (TPP,CETA), Middle East peace and conventional European security, the new boss looks disturbingly like the old. All of this undercuts much of the PM’s rhetoric and raises some unsettling questions.

By way of concrete ideas for global initiatives–and these are at present notable for their absence–a resumption of international peacekeeping training and an intensification of efforts to reach out to the countries of the Asia Pacific, possibly including a resumption of Track II activities related to the South China Sea dispute under ASEAN auspices, would reinforce the steps already taken. The Asia Pacific Foundation of Canada has produced some useful new thinking on future Canadian strategy, and Trudeau’s recent visit to China and decision to join the Asian Infrastructure Investment Bank should help to anchor a larger reset in this crucial region. Another possibility would be for Canada to lead in negotiating an international convention on the management and stewardship of the world’s freshwater resources.

If the PM is translate his considerable celebrity and charisma into actual international influence–the ability to achieve specified outcomes–and in so doing avoid the risk of plunging into the perilous “say-do gap”, deliberate action will be required.  He will need clear priorities and an agenda, a strategy and a plan. Moreover, while defense and development reviews have been launched, all elements of the diplomatic ecosystem–the foreign ministry, foreign service, and diplomatic business model–remain under severe stress. The energetic pursuit of full spectrum diplomacy–traditional, public, digital, guerrilla–would generate efficiency and effectiveness gains far beyond those which have been realized to date.

The government’s thinking about the crucial diplomatic dimension, and about international policy and grand strategy more generally, remains ambiguous. The UN speech would be a good place to address these shortcomings and begin to set out the way ahead.

Since the beginning of the 21st century, China has been a rising star in the arena of public diplomacy. Its PD campaign, coordinated by the Ministry of Foreign Affairs, involves fourteen separate Departments, including the...