Home|Crunch the Numbers: The Case for Science Diplomacy 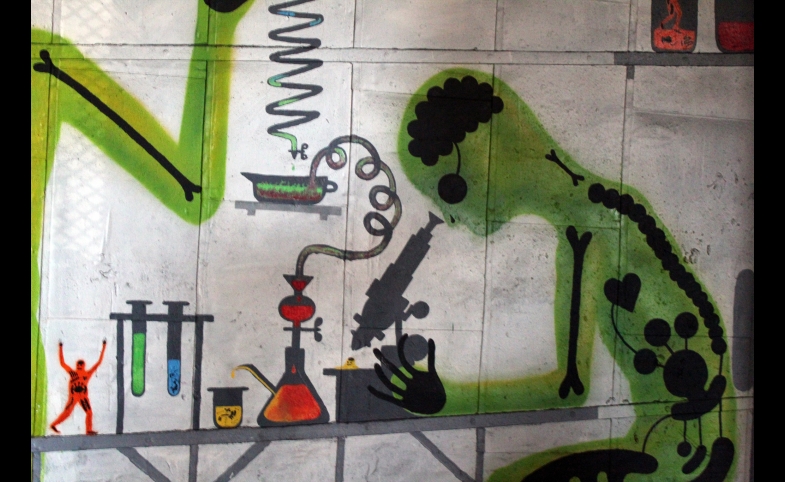 Crunch the Numbers: The Case for Science Diplomacy

When thinking about the foremost threats and challenges facing humanity, the received wisdom suggests that we should all be afraid, very afraid, of religious extremism, political violence and terrorism. While I would not wish to understate these risks, the probability that most of those reading this article will be directly affected by these sorts of events is lower than the likelihood of being hit by lightning or drowning in the bathtub. Fomenting the politics of fear certainly serves certain special interests, but the more profound threats to mankind’s survival lie elsewhere.

During the Cold War, ideological rivalry and geopolitical ambition on the part of the superpowers dominated the international agenda. Today, under whatever guise, it is the global war on terror. But unlike the machinations of ISIL, Al-Qaeda, lone wolves and various insurgent groups, many elements of a new threat already impact most, if not all people on Earth. And what does each of these issues – from climate change to diminishing biodiversity, resource scarcity to management of the global commons, pandemic disease to urbanization – have in common? All are complex, unresolved, transnational and – most importantly – characterized by the presence of a very significant scientific and technological (S&T) dimension.

The capability to generate, absorb and use S&T ought to play a crucial role in addressing new threats by resolving differences, reducing inequality and improving security and development prospects. With few exceptions, however, the individuals and institutions charged with the responsibility for managing global issues are unprepared and ill-equipped to deliver. The thinking of most leaders remains mired in outdated, Cold War era convictions – that security is best achieved through defense rather than by addressing human needs; that the state, not the person, is the primary referent; that armed force is the ultimate arbiter in international relations.

The world’s foreign ministries, development agencies and indeed most multilateral organizations have not kept pace with the transformative impact of globalization. These institutions are without the scientific expertise, technological savvy, cultural predisposition or research and development  network access required to manage S&T-based issues effectively. How many diplomats are trained in science? How many scientists are found in diplomatic services? How often do diplomats and scientists meet, and, when they do, can they communicate effectively?

Scientists are for the most part an insular group, and prefer the lab to the polis. Diplomats tend to view science as dense and impenetrable, the subject that they could not wait to drop in high school. Diplomacy (stability, risk aversion, compromise) and science (change, experimentation, empiricism) are founded upon very different values, and effectively constitute two solitudes.

S&T ought to play a crucial role in addressing new threats by resolving differences, reducing inequality and improving security and development prospects.

All of that said, if we are to grapple with the daunting range of “S&T-based challenges which today imperil the planet, diplomacy, informed by science and empowered by technology, will have to displace defense as the international policy instrument of choice. Lasting peace and prosperity – not to mention the prospect of achieving the UN’s Sustainable Development Goals – will otherwise remain elusive.

Science diplomacy (SD), a transformative tool of soft power that combines knowledge-based, technologically enabled problem-solving with international political agency, is underutilized but indispensable.  In the face of the negative attributes of globalization – including polarization and the tendency to socialize the costs while privatizing benefits – SD alone offers the prospect of engaging shared interests to overcome political constraints and enlarge international cooperation.  Notwithstanding conventional convictions and the present spike in the incidence of armed conflict, there are no military solutions to the world’s most pressing problems – security is much more than a martial art.  Accordingly, sustaining broadly based development, bridging digital divides and responding to the needs of the poor must become priorities for both diplomacy and international policy. Unfortunately, they are not.

The situation is not entirely bleak. Some specialized agencies (UN, EU) and governments (US, UK, Switzerland, Spain, Japan and NZ) have demonstrated a number of best practices in SD. New Zealand’s Chief Science Advisor, Peter Gluckman, has worked tirelessly to establish an International Network of Government Science Advice (INGSA). Vaughan Turekian, the Science and Technology Advisor at the US State Department, has launched a raft of innovative initiatives. The SESAME Synchrotron project in Jordan is co-managed by a group of countries not known for their habits of cooperation – Palestine, Israel, Turkey and Cyprus, among others. Iran is no longer pursuing nuclear weapons development, and Syria’s chemical weapons program has been wound down. Still, these examples represent the exceptions rather than the rule.

It is long past time that science diplomacy, and international S&T more generally, became the preoccupation of both foreign ministries and international organizations, with priorities and resources reallocated accordingly.

Photo by Quinn Dombrowski I CC 2.0

Science Diplomacy and the Prevention of Conflict: Proceedings of the CPD Conference

Science diplomacy provides an opportunity for scientists around the world to work together on projects that address humanity's most pressing challenges, including sustainable development, preserving the environment, and...