Home|Why the Patriots’ Super Bowl Win Is Bigger Than the U.S. 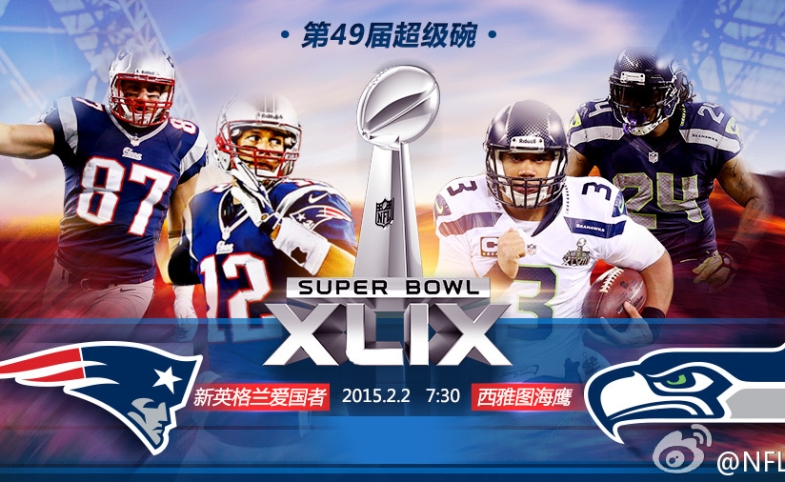 Why the Patriots’ Super Bowl Win Is Bigger Than the U.S.

In what was probably one of the greatest Super Bowl games ever played, the New England Patriots held their lead with a strong defensive play in the final minute of the game. Even though the Seattle Seahawks, led by Quarterback Russell Wilson, made their way from deep in their own half all the way to yards in front of the Patriots end-zone, a poor offensive pass call led to the Patriots intercepting the football and ending Seattle’s chances at winning Super Bowl XLIX.

Many New England Patriots fans across the United States had already lost faith that their team could stop the Seahawks from scoring a decisive blow in the final minute. Another type of Patriots fan thousands of miles away, with a different knowledge of football and certainly a different language broadcast commentary, might also have buried their faces in their hands and looked at the television through their fingers.

When Patriots’ safety Malcolm Butler predicted the play and intercepted Wilson’s pass, that fan might also have jumped up, cheered, and updated their status on social media. This fan was across the Pacific Ocean and watched the game at 7:30 Monday morning. That fan lives in China, where the New England Patriots are the most popular team in the country…by far.

An American NFL fan might wonder why it isn’t the Denver Broncos, the Dallas Cowboys, the Green Bay Packers, or another one of the NFL’s more popular teams? Each of these is somewhat popular in China, but only one team really exports a package full of America that instantly attracts Chinese fans.

While American football is still a relatively new sport to China, so far the attempts to break into the market have been successful. The National Football League’s China Office reports that there has been a 462% fan base growth in the last four years, reaching close to 20 million people. By 2020, NFL China projects those numbers to double.

So, why the Patriots?

Well, isn’t it obvious? It’s in the name. Translated to Chinese, the team name is 爱国者(Ai Guo Zhe) meaning “one who loves their country” or more literally, patriot. When Chinese fans first fall in love with the sport of American football, they often don’t have the same geographical or parent-to-child connectedness to a team that an American fan might have. They see American football as a product of the NFL, and the Patriots as a representation of America’s protectors from the 13 original New England colonies draped in red, white, and blue uniforms.

In addition to the symbolism, there’s the buzz around the team’s now four-time Super Bowl-winning quarterback Tom Brady. According to Tony Chen, an avid Chinese Patriots fan, “Tom Brady is the epitome of the American professional athlete dad. He is handsome, has been in four Super Bowls in the past 10 years, is married to a Victoria’s Secret model, and his career story is that of an underdog getting on top. Chinese NFL fans love his story.”

For a new fan of American football in China, knowing that the most popular NFL team in the nation is now also the best team in the league would certainly win their hearts. Take the case of the Manchester United Football Club and their ever-growing fan base in China. They attracted many Chinese fans because of their winning history, the diversity of their players, and also because of their talented team captain, Wayne Rooney. The Patriots are beginning to do the same thing.

While American football is still a relatively new sport to China, so far the attempts to break into the market have been successful. The National Football League’s China Office reports that there has been a 462% fan base growth in the last four years, reaching close to 20 million people. By 2020, NFL China projects those numbers to double.

Between the continued efforts by the NFL in spreading American football to China, the Chinese Arena Football League (CAFL) attempting to establish a domestic professional indoor league, the American Football Union (AFU) setting up the sport at several universities, the China Sea Dragons Program promoting youth football development, and the American Football League of China (AFLC) establishing a nationwide amateur football league…the sport has proven itself translatable and entertaining enough to capture a large demographic of Chinese sport fans.

There are already “NFL Home Field” American Football Expos in Beijing, Shanghai, and Guangzhou through the fall season, also in addition to the “NFL on Tour” that recently travelled to 13 tier-one and two cities in a decked-out truck. NFL legends such as Jerry Rice and Joe Montana have both visited China promoting the sport and the NFL hopes to send more ambassadors. The sport might grow even faster in China if the launch of the “China Bowl,” a proposed professional football game played in China between two NFL teams, were approved.

On the Chinese side, more Mainland Chinese or Chinese-American football professionals like Ed Wang (who played with the Buffalo Bills and the Philadelphia Eagles) would help. Further development and funding for the AFLC, Sea Dragons and other grassroots programs and more attention given to the sport by the Chinese Government’s State General Administration of Sports would also go a long way.

Just as some 40-plus years ago the game of ping pong was an instrument in breaking down barriers between the United States and China, American football could very well play a similar role in improving relations between these two giants today.

APDS Blogger: Michael Duffin Americans love football. So do the British. They are, of course, referring to two very different sports. Thanks to sports diplomacy, though, both sides of the Atlantic are starting to pay a...