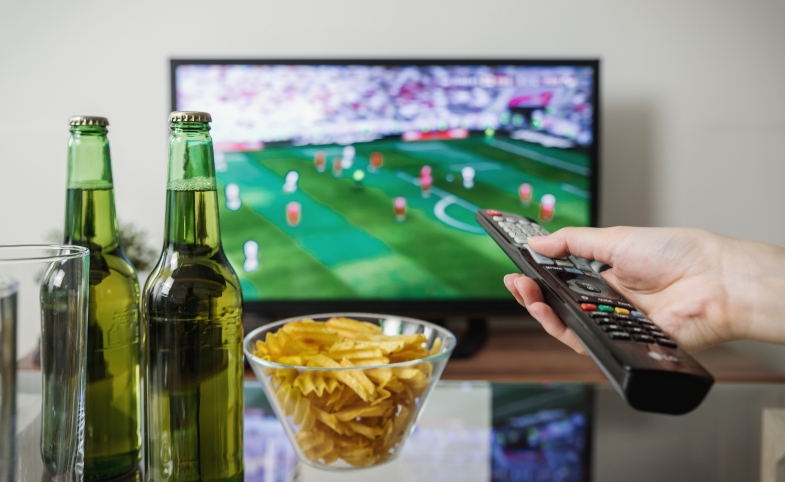 The 2018 FIFA World Cup Russia is in its last weeks of game play, and the U.S. public is already seeing a trend in large corporations using the global sporting event to promote unity and acceptance.

During the 2014 FIFA World Cup Brazil, many major U.S. advertisers such as Nike, Adidas and ESPN aired ads focusing on the competition and adrenaline of the sport. In contrast, this year, U.S. advertisers like Volkswagen and Visa produced narratives about the similarities we share as humans, promoting the idea that the World Cup is about global harmony.

This trend stems from two circumstances:

First, this year is the first World Cup since 2003 for which the U.S. men’s soccer team did not qualify. Without a specific team to cheer for, advertisers can be creative with their marketing and spend more time on corporate diplomacy that may potentially speak to their larger needs as global corporations.

Second, in an increasingly nationalistic and protectionist world, advocates of globalization become the losers. Global companies are seeing tariffs come back into play around the world. Domestically, they are penalized for outsourcing jobs. When global corporations are considered the “bad guys” in the market, the World Cup 2018 has offered these companies time to show the American public the positives of a more unified and free global society, albeit based on their products.

Only specific metrics on attitudes and sales will determine if this approach to World Cup advertising is effective, but in the meantime, below are some prime examples of diplomacy through advertising.

Volkswagen: Jump on the Wagen

This creative advertisement by Volkswagen encourages U.S. soccer fans to find another team to root for, playing on the idiom: “jump on the bandwagon,” to link the American idea to the German brand. It also appeals to the idea that in a global society, we’re more alike than different as the advertisement features soccer fans in Volkswagens using persuasive arguments—based on cultural links and facts—that prove similar interests to sway Americans to purchase the German car.

In the shadow of this message may be U.S. President Donald Trump’s move away from globalization and toward an “America First” economic policy. In May, Volkswagen ran into a dispute with President Trump’s policy when the “United States said it was considering new taxes on auto imports in the name of national security.” Volkswagen responded by declaring, “One-sided protectionism has never helped anyone in the long term. Only free and fair trade secures increased prosperity.”

Without a specific team to cheer for, advertisers can be creative with their marketing and spend more time on corporate diplomacy that may potentially speak to their larger needs as global corporations.

Although the tax policy has not come into effect, as recently as June 22 President Trump tweeted that he would not back down. The Volkswagen advertisements that encourage “Americans to cheer for one of the 32 teams in the tournament that may be tied to their lineage, includes one of their favorite players or has an interesting backstory,” can also be seen as targeting an American population to support foreign companies in the American marketplace.

Zlatan Ibrahimović is a soccer celebrity who many people can identify with. He is multiethnic, he grew up in another country, and he currently lives in Los Angeles. Ibrahimović has played soccer in six other countries: France, Italy, Spain, Sweden, the Netherlands and the United Kingdom, and he speaks five languages. It’s no wonder Visa identified Ibrahimović as “embod[ying] the global nature of the brand.”

This ad, airing in 45 global markets including the U.S. (and in 24 languages), is representative of Visa as a truly global company. The U.S.-based Visa identifies itself as “global” because of its diversity of wealth throughout the world. However, in a political landscape based on nationalism, America’s global companies such as Visa will have a more difficult time growing. Although the current domestic political situation is amenable, walls are being built up with policy wins in the U.S., the UK, Italy, Hungary and more.

One example outside of the U.S. is in Italy, where the public is experiencing negative feelings toward certain cultures due to the large number of migrants flooding their shores. This has led to the rise of two populist parties that have previously promoted the idea of leaving the EU to better protect Italy’s borders. If that were to happen, “it could very well—and likely—provide a massive shock to not only the Italian and European economies, but the global economy at large, particularly global financial institutions.”

Currently the situation has calmed, however the idea has been planted. By promoting “acceptance” of multiculturalism as part of their brand to the global public, Visa has the ability to challenge the nationalist propaganda that fosters protectionist policy.

These two World Cup 2018 advertisements have the most apparent public diplomacy connection, however one can infer similar reasoning behind Adidas’ Create the Answer and McDonald’s We’re With You commercials.

This trend in U.S. advertisements may continue beyond the World Cup final on July 15. As long as President Trump pushes policies that make global corporations uncomfortable by separating the U.S. from the rest of the world, global corporations will have an increasing need to speak to the U.S. public.

We have yet to see if in the final days of gameplay, other companies will “Jump on the Wagen” to promote globalization to the U.S. public, especially after the announcement of North America as the location for the 2026 FIFA World Cup.

China on the Field

During several World Cup 2018 games, the FIFA flag is being carried by Chinese youths selected for the "FIFA Flag Bearers" program through Dalian Wanda Group, a Chinese conglomerate and partner of FIFA 2018. The...