Home|WWI - Remember the World as Well as the War 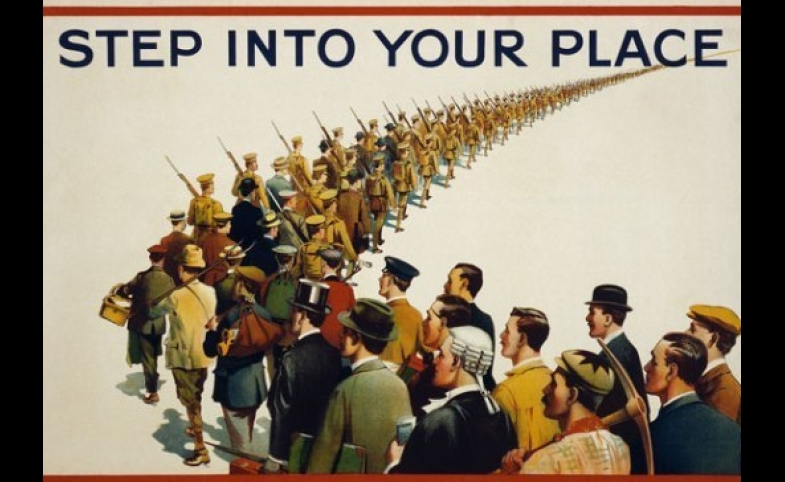 WWI - Remember the World as Well as the War

Think of the First World War and what are the words that come to mind?

For British people the answer is 'Trenches', 'Death', 'Loss of Life', 'Battle of the Somme', our new research shows.

Knowledge of the conflict, that began 100 years ago this summer, is dominated by the events that took place on the Western Front. Understandably as, for many people in the UK, if a member of your family fought or died in the war, that's probably where.

But our strong awareness of the iconic stories and images of the Western Front is not, at present, matched by a similar knowledge of the global scale of the conflict.

The war touched many countries we don't always think of, either that fought in it or were impacted by the peace that followed. And that is important to our work at the British Council and the people of the UK, because that's something that people in those countries are often far more aware of than we are.

The British Council's new report, Remember The World As Well As The War, highlights the extent to which the global scale and impact of the war is not well known in the UK, drawing on research carried out for us by YouGov.

It also shows that people in the UK do want to know more about the wider global impact of WWI. Which is good, because this report shows perceptions of the UK around the world are still influenced by the Great War - and we would do well to be aware of them when we travel for business and leisure.

Three quarters of people we spoke to around the world feel that their country is still affected by the consequences of WWI. And it affects how they view the UK - sometimes for better, sometimes for worse.

In India, 45% of the people interviewed say the UK's role in the war has a positive effect on how they view us today - against 13% who were negative. In France and Russia it's 28% with 6% and 11% negative.

However, 34% in Turkey and 22% in Egypt say our role in the war makes them think worse of us. Much smaller percentages in both countries are positive about the UK's role and thus how they perceive us today.

And this matters when you travel for the UK. When the British Council recently held a conference in Tunisia for leaders from the UK and across the Middle East, the opening speaker - a senior Tunisian official - talked about the need to improve trust between the UK and the Middle East.

But his reasons for this went back almost a century to products of WWI that very few British people know about.

One was the 1916 Sykes-Picot Agreement, which paved the way for British and French control of much of the Middle East. The second was the 1917 Balfour Declaration: a letter by the British Foreign Secretary which led to the creation of the state of Israel - and the Palestinian conflict that remains to this day.

So, while many people in this country might not have heard of these documents, they are still very much alive in the memories and minds of people in another part of the world.

In Egypt over 90% of people interviewed are aware of the Balfour Declaration and in Turkey over 40% know of Sykes-Picot and more than half know WWI led to the end of Turkish control of the Middle East and the fall of the Ottoman Empire.

So, just like the courtesy of learning a few words of the language, for someone from the UK travelling to countries with different memories of WWI than ours, learning a little more about the scale and legacy of this truly global conflict can be invaluable in effectively navigating and building relationships of trust.

This year's WWI centenary commemorations provide the perfect opportunity to grow the awareness in the UK of the global impact of the conflict.

As historian Dan Snow writes in the foreword to the British Council's report, it reached 'across oceans and continents, costing at least 17 million lives.' And it is important in 2014 to continue to remember this reach, because, although the world is a very different place, as Dan also writes, 'if we forget, we are more likely to repeat.'

People in the UK today can be rightly proud of our sacrifice, and humbled by our loss in WWI. But our report shows there is still a lasting impact on how people in other countries see us, to this day.

As the report title says, it is important we 'remember the world - as well as the war.'

This piece was orginally posted on The Huffington Post.

More than at any other time, digital diplomacy activities have seen an upward trend under Indian Prime Minister Narendra Modi. Recently, the Ministry of External Affairs (MEA) launched a Performance Dashboard with the aim to...

Thank you for sharing this excellent article with CPD. As an Egyptian who lived in the UK for a good part of my life, I can attest to the fact that the average Egyptian knows a lot more about the UK than Brits know about Egypt. Your prescription for understanding history from different perspectives is spot on. I look forward to reading more in the British Council report!