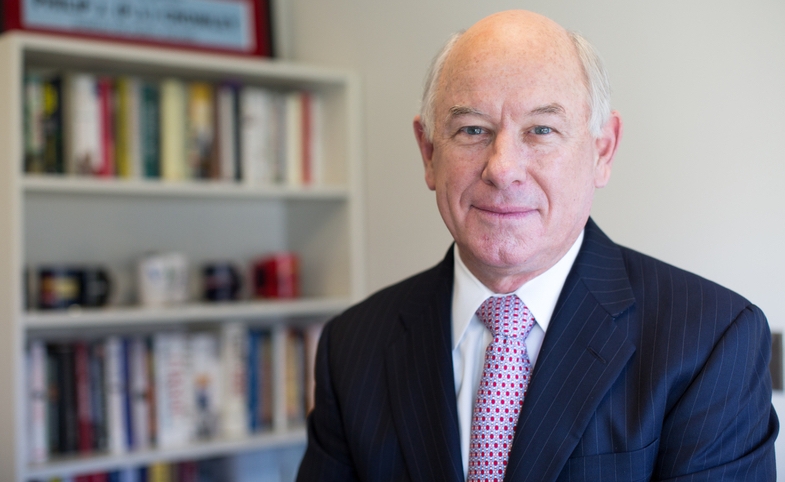 Philip J. (P.J.) Crowley is a Professor of Practice and Distinguished Fellow at the Institute for Public Diplomacy and Global Communication at The George Washington University. He served as Assistant Secretary of State for Public Affairs between 2009 and 2011. Crowley writes regular opinion pieces for the BBC and appears frequently as a national security commentator on global television networks.

Red Line: American Foreign Policy in a Time of Fractured Politics and Failing States amply illustrates the tensions between policy and narrative, domestic politics and foreign affairs, and American exceptionalism and its limits. To what extent do these tensions reflect new realities vis-à-vis enduring challenges in U.S. relations with the world?

I am a product of the Cold War, the heyday of public diplomacy. Back then, we could say one thing to our own people and something else to key audiences around the world. Given the information environment at the time, if those competing versions of events ever met, the broader frame of the Cold War, the dynamism on our side of the wall and the stagnation on their side, was strong enough to overcome periodic contradictions. We weren't perfect, but maintained the benefit of the doubt. The world wanted us to succeed. It still does, but because of today's global information environment, billions of people are more aware of what we say and what we do, and can easily express their views as to where words and actions converge and diverge.

Many American leaders have expressed frustration over a presumed diminished ability to communicate globally. I for one don't believe it. The United States is still the most influential country in the world, but I don't think we recognize fully what our actions, or our inaction in the case of the red line, communicate. There is no longer such a thing as plausible deniability. We bomb a village somewhere. If by drone, we pretend the incident didn't happen. If by aircraft, our first response is that no civilians were killed. Then we're surprised the locals are mad at us, which undermines our long-term goal of political stability. This cycle repeats itself all the time. Too many of our strategic partnerships are secret, because our partners don't trust public opinion. But today, public opinion is strategic. We ignore it at our peril.

What might people be surprised to learn from the book about U.S. foreign policy-making and its communication?

Words matter. They create public expectations through which all subsequent actions are judged. And the United States has struggled in recent years to manage the gap between what we say and what we do. In the book, I have a chapter entitled "Incredible Nation" that emphasizes how America needs to be more transparent and credible in our communications if we want to build perceived legitimacy for our foreign policy and sustain public support around the world for what we believe we need to do. In the current environment, that's actually difficult and also consequential.

Why is the book crucial reading for students of public diplomacy?

At the State Department, we spent considerable effort to understand politics in other countries and how that may impact relations with the United States. This is of course a fundamental element of public diplomacy. Well, domestic politics impacts public diplomacy as well.

That reality was manifest as President Obama struggled with how to respond to the crossing of his red line in Syria. President Trump made a different decision when the red line was crossed again, but faces the same policy and political challenges that his predecessor did.

This is not just an American phenomenon in the Age of Trump. With Brexit, British voters changed the country's foreign policy, its relationship with its neighborhood and thus its public diplomacy. We can't just think of public diplomacy as a long-term phenomenon. The public diplomacy challenge is far more dynamic than it used to be. We used to talk about politics stopping at the water's edge. I don't think they ever did -- national security politics have always been contentious -- but we still have a public diplomacy mindset that the foreign and the domestic are distinct realms. We now exist in a global political environment. What happens at home has impact abroad.

As readers of the book will discover, I am a fan of Moisés Naím and his concept of market power. I think that's a good analogy regarding public diplomacy. Yes, long-term relationships are important. But as we see from financial markets, values fluctuate. The question is, will the world give you the benefit of the doubt when you really need it and where you really need it? That's a much tougher equation than during the Cold War, when we were able to prove over time that, while we weren't perfect, we were far better than the alternative. We're in a much more competitive environment than we used to be.

Your book was published in December, 2016. And you argued for a more realistic American national security policy and narrative. What do you think are the most important questions for U.S. public diplomacy in the next few years?

The greatest public diplomacy challenge today is inside the United States government itself. Does public diplomacy still matter? Do we care what the world thinks about us? Is public diplomacy a factor as we make day-to-day foreign policy decisions, whether we should actually do X or Y, not just how to explain X or Y after the decision or the statement has been made.

When I was at the State Department podium, I would regularly criticize countries that intimidated journalists or tried to close down media outlets with which they had disagreements. Notwithstanding that tradition of promoting freedom of the press, the leader of the free world today considers all media criticism to be fake news and openly advocates for the failure of The New York Times, which most of us would hold up as a model of what accountability journalism looks like. If we keep our focus just on the long-term, we lose sight of just how damaging the current dynamic is.

We should continue to sponsor international journalists to come to the United States, but while they are here, someone in authority at the State Department needs to be able to tell these visiting journalists that the Secretary of State disagrees with the President of the United States. His comments are damaging a critical American public diplomacy narrative regarding the importance of independent media free of government intimidation.

The Public Diplomacy of Catalonia

The Catalonian referendum for independence from Spain has been trending in the news for the past couple of weeks. However, the subject of independence itself has been around for some time, as evidenced by the Public...