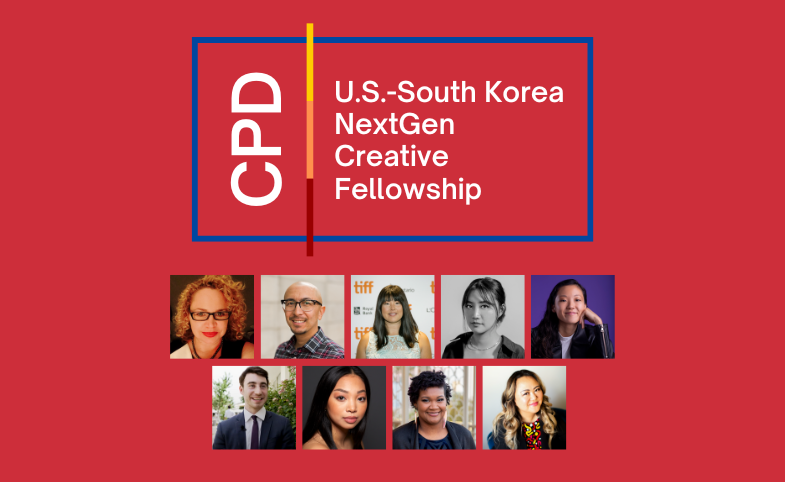 Join us in welcoming the inaugural cohort of the CPD U.S.-South Korea NextGen Creative Fellowship, which engages the creative sector in furthering professional networks and relationship-building between the United States and the Republic of Korea. 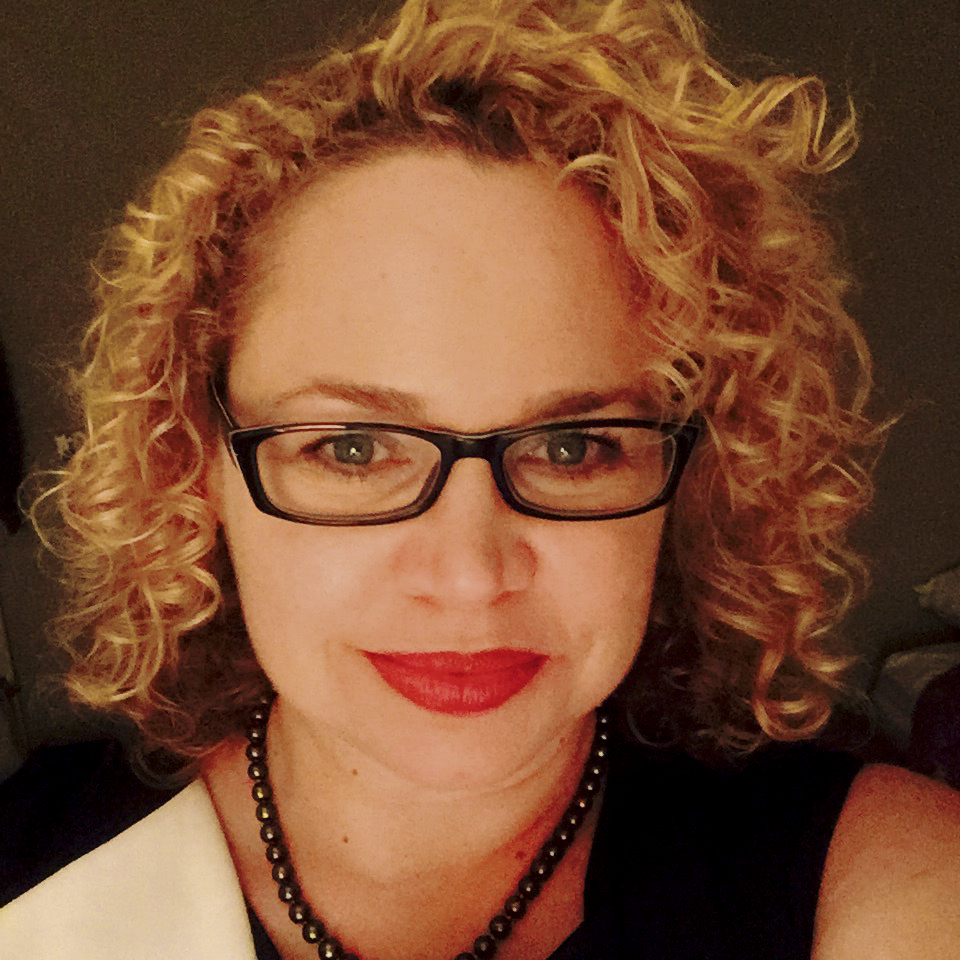 Melissa Croteau is Professor of Film Studies and Literature and Film Program Director at California Baptist University. Her research, teaching and publications center on global cinema, media adaptation, aesthetics, film theory and early modern British theater. She has published in Shakespeare Survey, Cahiers Élisabéthains, Shakespeare Bulletin and numerous other journals and edited volumes. Her books include the monograph Re-forming Shakespeare: Adaptations and Appropriations of the Bard in Millennial Film and Popular Culture (2013) and the co-edited volume Apocalyptic Shakespeare: Essays on Visions of Chaos and Revelation in Recent Film Adaptations (2009). Her book Transcendence and Spirituality in Japanese Cinema (Routledge, 2022) is forthcoming. 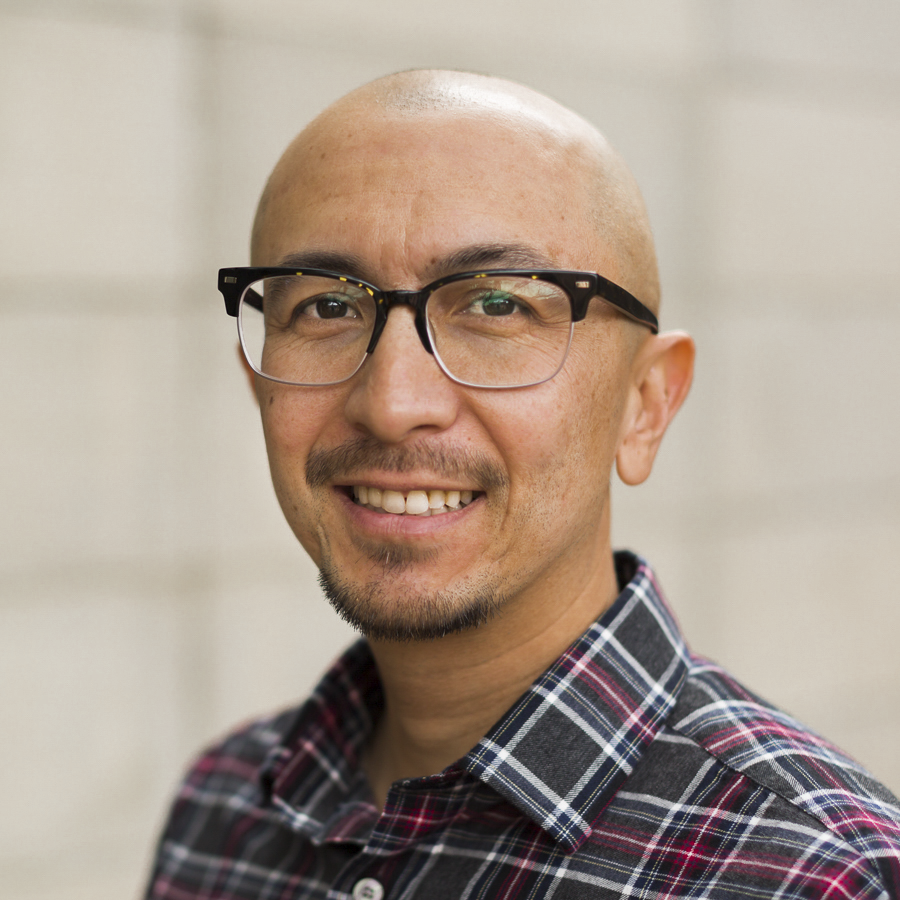 J.P. Dobrin is a freelance documentary filmmaker and portrait photographer based in Oakland, California. He primarily works as a cinematographer and editor for news outlets, independent documentary production companies and corporate clients. Dobrin’s projects have centered around immigration, wealth inequality and criminal justice issues—primarily told through the stories of everyday people. He co-directed the documentary film Irse - Leaving Venezuela in 2020 for Al Jazeera's "Witness" about the Venezuelan exodus as told through the stories of two pregnant women. His recent film The Lookout, debuted in 2022 on World Channel/PBS, is an Asian American perspective on deportations. His directorial work has been supported by the Berkeley Film Foundation, A-Doc, the Video Consortium and the Asian American Journalist Association. He has been commissioned to make documentaries for Verizon, Capital One, Voice of America and Vox/Eater. 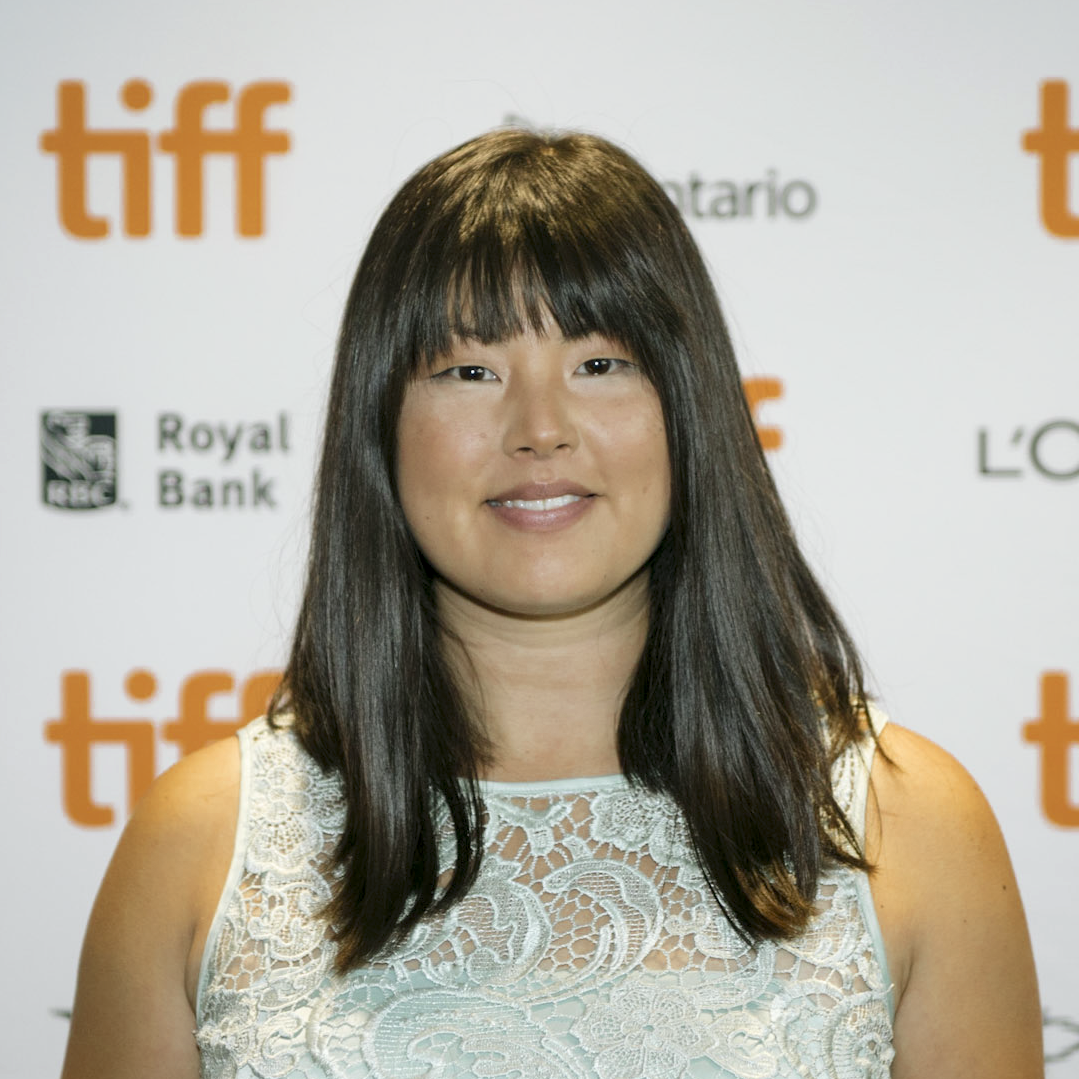 Nicole Docta is an award-winning documentary filmmaker who has focused her career on socially impactful projects and BIPOC stories. Most recently, she produced the Emmy Award-winning Belly of the Beast (Human Rights Watch Film Festival, 2020) directed by Erika Cohn and co-produced the duPont Award-winner Through the Night (Tribeca, 2020) directed by Loira Limbal. Docta is also a Special Initiatives Producer at Firelight Media working on the Beyond Resilience Series and Regional Initiatives team bringing resources to filmmakers outside of the coasts. She is currently developing Adopting, a feature-length documentary on the adoption process motivated by her own transnational, transracial adoption after cutting ties with her adoptive parents. 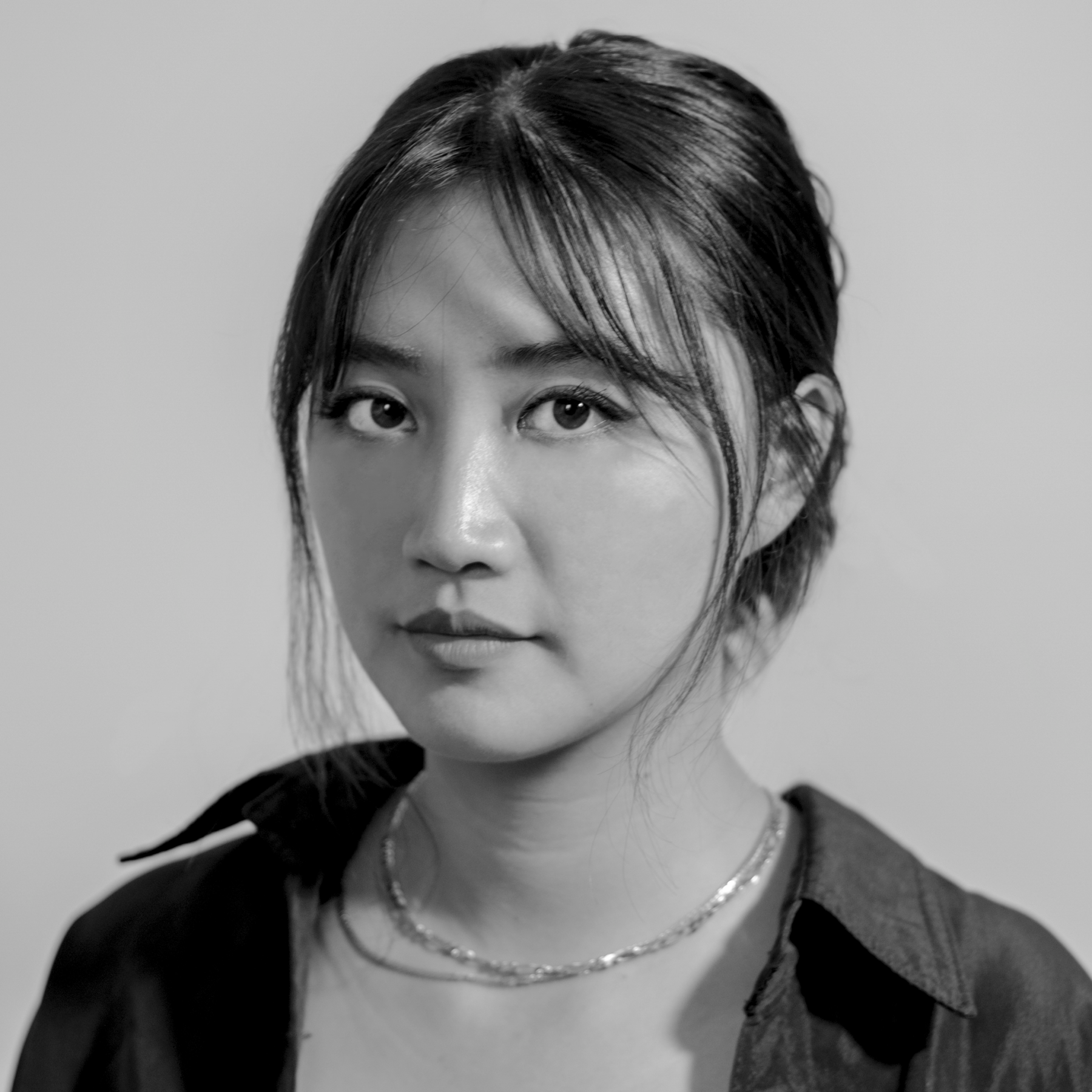 Ash Goh Hua is a filmmaker from Singapore based in New York. They tell political stories personally through experimental-leaning documentaries, challenging dominant ideologies in order to imagine possibilities of other worlds. Ash has been supported by programs and fellowships from institutions like Sundance, ITVS, Jacob Burns Creative Culture, Jerome Foundation and NYFA. Their films have screened and won awards at film festivals internationally and have been distributed by PBS, The New Yorker and Third World Newsreel. 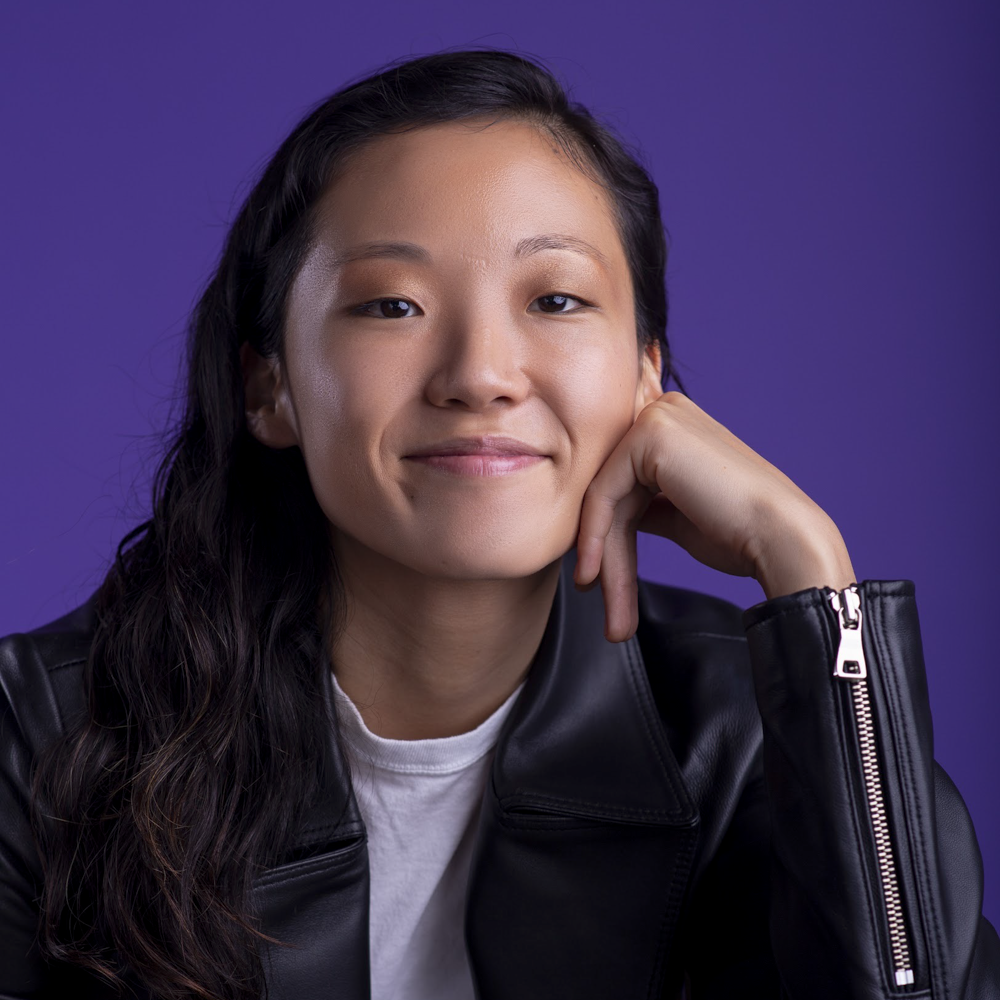 Becca (Suh-Hee) Han is a recent graduate of the Film & Television Production MFA program at the University of Southern California (USC), School of Cinematic Arts (SCA). Prior to USC, Han graduated from Emory University in 2016 with a double major in Film Studies and Political Science. During her undergraduate studies, she began working as a production assistant on various productions in the Atlanta area, performed as a member of Emory's improv troupe and Dad’s Garage (professional improv troupe), represented Emory's Film and Media Studies Departments as a Stipe Fellow and actively held roles in other organizations. 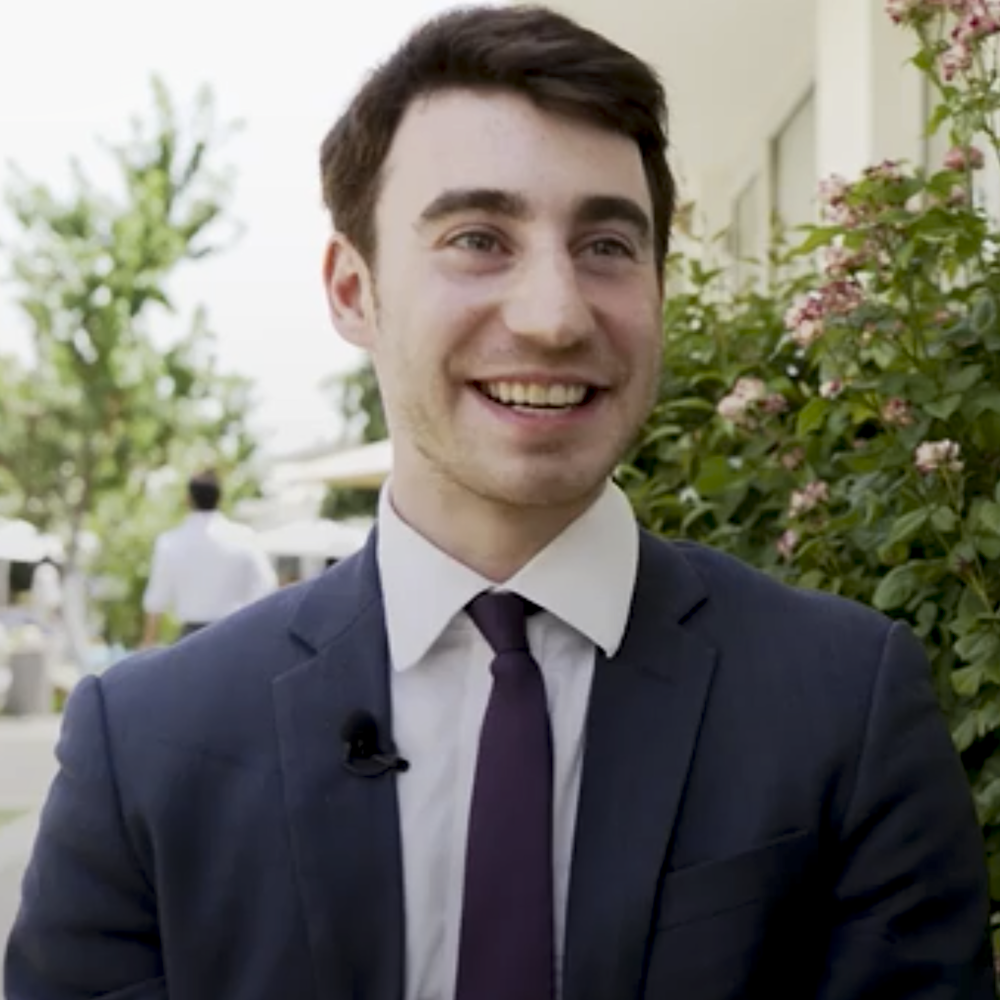 Andy Hirsh is the founder of Olive Branch Pictures, a startup animation studio for intercultural diplomacy producing "Shira and Amal," the story of two young women, one Israeli, one Palestinian, who use music and art to cope with trauma. Years later their paths cross at university, where they combine their talents to bring peace to Jerusalem by producing an animated musical, discovering God along the way. He completed his B.A. in Political Science at Wesleyan University. Hirsh was the 2020 Luff Peace Fellow at the Watson Institute and a 2021 50:50 Startups Fellow. He is studying Jewish Law, Ethics, and Philosophy at Machon Shlomo in Jerusalem. “Shira and Amal” and Olive Branch Pictures were first inspired in July 2017 in culmination of Hirsh's volunteer experiences in the Middle East, Mexico and India, his Jewish roots and curiosity for all dharmas, falling in love with a peacenik in Tel Aviv, a passion for media, storytelling, diplomacy, language and entrepreneurship, and a need to reclaim his creativity. Hirsh has always loved cartoons since he was a kid. He fondly remembers reading original superhero comics with his dad and waking up early for Saturday morning cartoons. 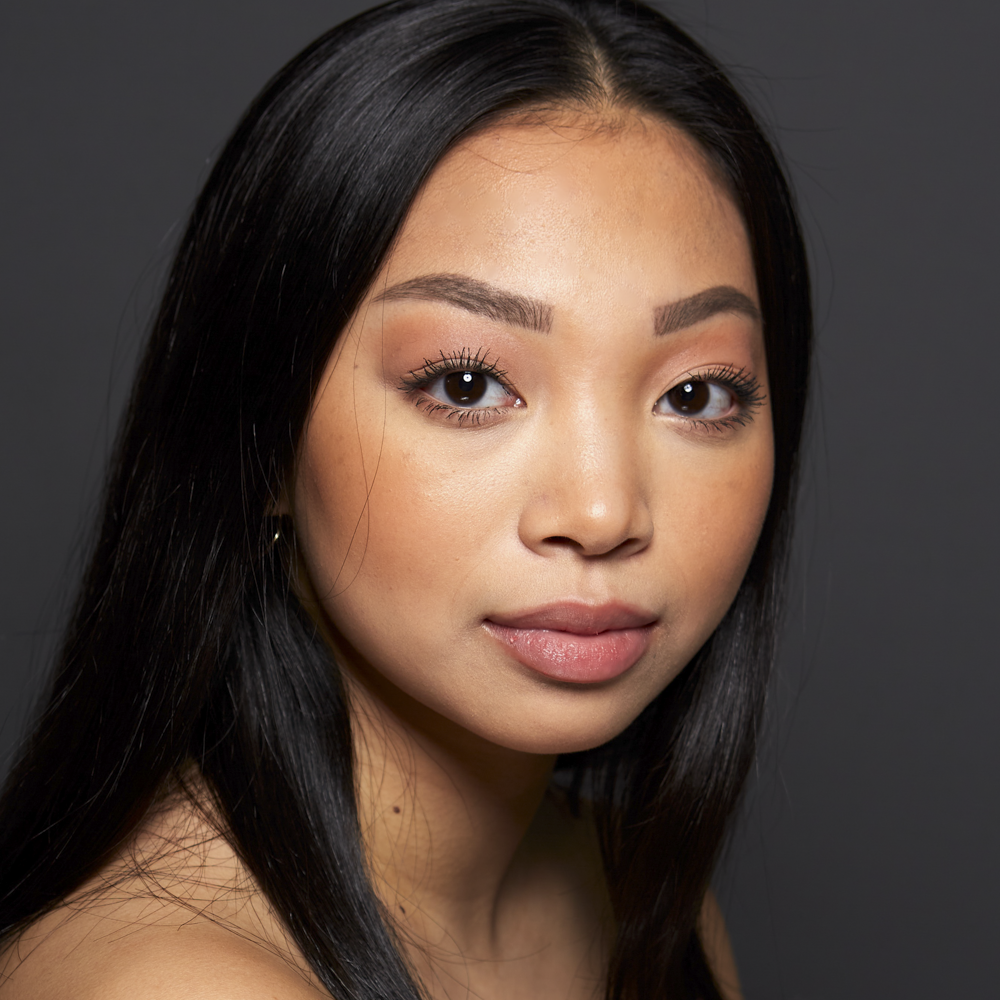 Maya Lam (she/they) is a New York-based Asian-American dancer, choreographer and interdisciplinary artist. Lam has performed works by Sidra Bell, Jessica Lang, Jenn Freeman, Michael Waldrop, Yin Yue, Nancy Lushington and Samuel Pott. As a recipient of a City Artist Corps Grant, Lam has curated an interdisciplinary performance installation. She was commissioned by The Kennedy Center to create a short film for their Art-Under-A-Minute Series. Lam has also created and shared works through CrossCurrent Festival, This Body Shows Up and Marymount Manhattan College’s Dancers at Work Performance Series and Marymount's screenPLAY. Lam is interested in the investigative processes that challenge societal ideals and power structures and strives to comment on these concepts with a multifaceted approach. 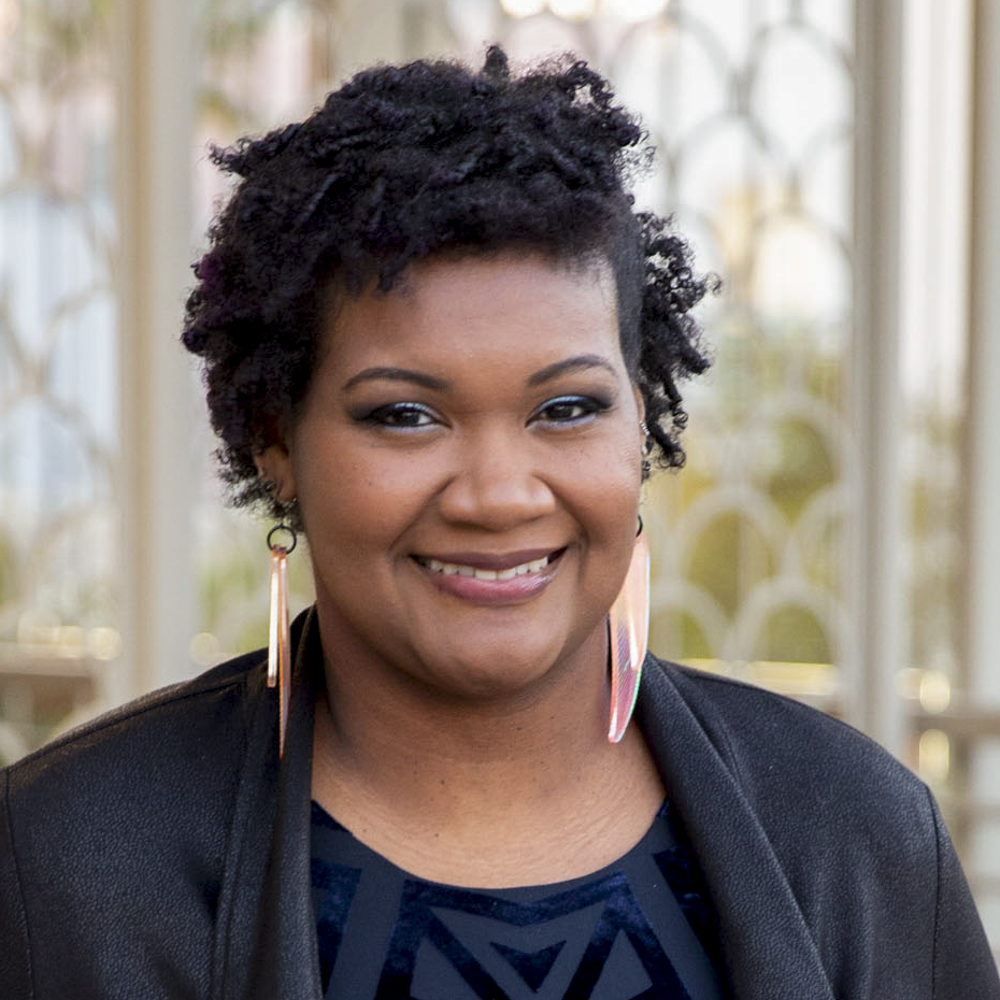 Latoya Peterson lives at the intersection of emerging technology and culture. Named one of Forbes Magazine's 30 Under 30 rising stars in media, she is best known for the award-winning blog Racialicious.com—the intersection of race and pop culture. She is currently co-founder and CXO at Glow Up Games, a game studio working on their first title set in the world of HBO’s Insecure.

Previously, she was Deputy Editor, Digital Innovation for ESPN's "The Undefeated," Editor-at-Large at Fusion and Senior Digital Producer for The Stream, a social media-driven news show on Al Jazeera America. In 2018, she soft-launched AI in the Trap, a collaborative art project that explores the future of artificial intelligence and predictive policing through a hip-hop lens. In 2016, she produced a critically acclaimed YouTube series on girl gamers that was highlighted on Spotify.

Known for bringing a hip-hop feminist and racial justice framework to technological and cultural analysis, Peterson's perspectives have been widely published in outlets like Wired, Teen Vogue, NPR, ESPN the Magazine, The New York Times, The Washington Post, Essence, Spin, Vibe, Marie Claire, Kotaku, The Atlantic, The American Prospect and The Guardian. She was a contributor to Jezebel.com. Her essay, "The Not Rape Epidemic" was published in the anthology Yes Means Yes: Visions of Female Sexual Power and a World Without Rape (Seal Press, 2008). She also contributed "The Feminist Existential Crisis (Dark Children Remix)" to the anthology Feminism for Real: Deconstructing the Academic Industrial Complex of Feminism (CCPA, 2011).

She is currently on the advisory board of the Data & Society Institute and the board of visitors for The John S. Knight Journalism Fellowships. She is a US-Japan Leadership Foundation Fellow and a USC Civic Media Senior Fellow. She served as a Harvard Berkman Center Affiliate, a Poynter Institute Sensemaking Fellow and one of the inaugural Public Media Corps fellows.

She is also part of the selection committee for the Museum of Play’s World Video Game Hall of Fame. 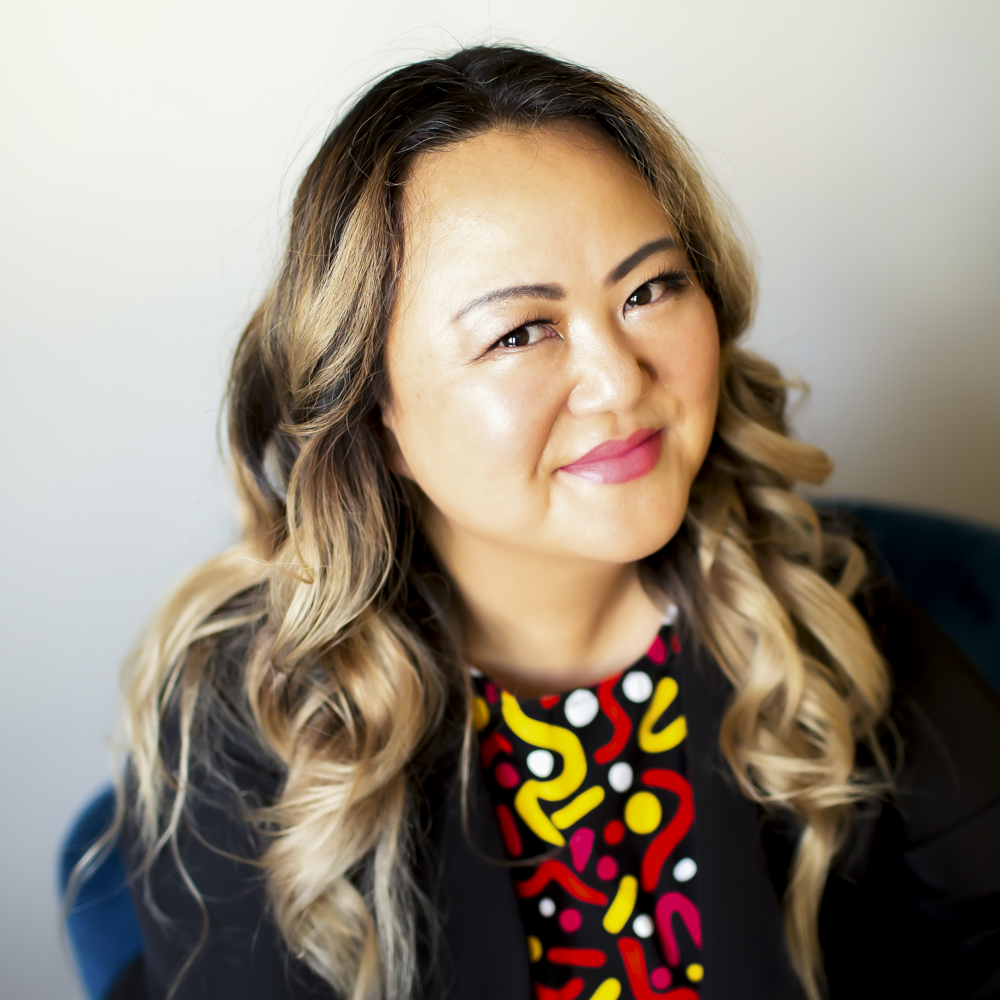 Jin Yoo-Kim is a Korean Bolivian American filmmaker who directed and produced for "Take Out with Lisa Ling" and is in development for her docuseries, Cult Foods. She produced Manzanar, Diverted: When Water Becomes Dust, co-produced A Woman's Work: The NFL's Cheerleader Problem, co-produced K-Town ‘92 and impact produced for Try Harder!, Waking Dream, Blowin’ Up. She is an impact mentor for A-Doc (the Asian American Documentary Network), the Southern CA board member for the Documentary Producers Alliance and is a 2022 Women at Sundance x Adobe Fellow, a 2020 Sundance Creative Producers Fellow, a 2020 Film Independent X CNN Original Series Docuseries Fellow, a 2020–2021 Redford Center Fellow, a 2020 Film Independent Doc Lab Fellow and a 2017 Firelight Media Impact Producing Fellow. She received an MFA in Film from USC and a B.A. in Psychology and Cinema & Media Studies from Wellesley College. When she's not working, Yoo-Kim is eating her way through LA, growing an edible garden to share with her husband and son.

PROGRAM OVERVIEW The USC Center on Public Diplomacy (CPD) is pleased to announce the U.S.-South Korea NextGen Creative Fellowship Program, with the support from the Korea Foundation. This program intends to engage...

PROGRAM OVERVIEW The USC Center on Public Diplomacy (CPD) invites applications to the U.S.-South Korea NextGen Creative Fellowship Program. With support from the Korea Foundation, this program aims to engage the...