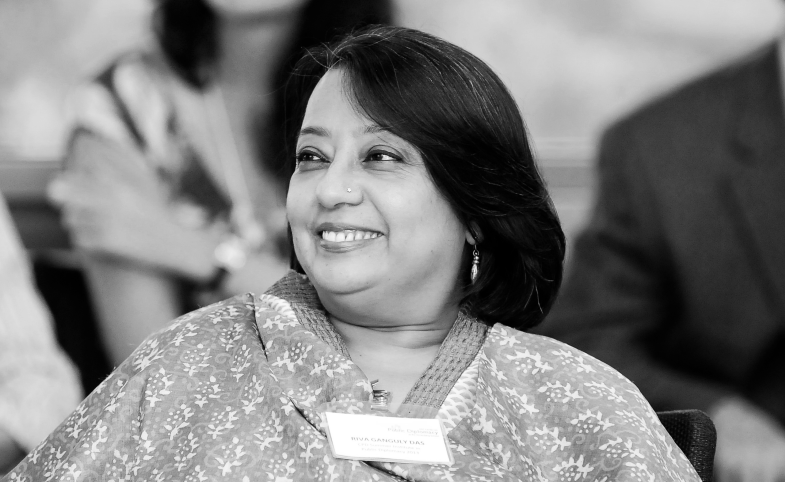 How did you first become aware of the field of public diplomacy?

As a professional diplomat, I became aware of public diplomacy when the concept started getting attention as an important tool by Foreign Policy establishments all over the world. We in India set up the Public Diplomacy Division in the Ministry of External Affairs in 2006 and as a career diplomat, I have naturally closely followed and practiced public diplomacy in my various assignments abroad.

The last few years have witnessed an incredible change in global communications as well as politics. In an era of 24/7 media and Internet, governments sometimes struggle to  get their message across. Public diplomacy is an extremely important tool for conducting diplomacy in today’s world. We feel that given the virtual explosion of traditional media, combined with availability of new technologies, governments have to constantly reinvent the ways in which they communicate with publics within their geographical boundary (domestic publics) and people residing outside their geographical boundary. Public diplomacy allows us to engage with people from all over the world in innovative ways.

What do you see as the biggest challenge for public diplomacy in India?

In today’s globalized world, people’s interest in foreign policy issues has grown. However, diplomacy by its very nature is rather complex and does not lend itself to easy generalizations. Sometimes oversimplification and generalization of complex issues can be a challenge to public diplomacy. Through our public diplomacy efforts, we want to encourage a more informed debate and discussion within India of foreign policy issues.

Why is public diplomacy critical for India?

Public diplomacy is extremely critical for a country of India’s size and stature. We are intensely engaged with the world. We have a position, a point of view on global issues. Diplomacy is no longer an elite issue far removed from people’s lives. Today everyone is interested in foreign policy issues. Public diplomacy plays a very important role in explaining to both domestic and foreign audiences our foreign policy initiatives.

Can you give an example of what you consider a successful public diplomacy program?

I would like to give the example of “India is…” as a successful public diplomacy program. We have been conducting an online photography competition for the last two years. We have just started the third edition of the competition. We have been able to engage thousands of youth from several countries to come up with their ideas on India under this competition. Along with a photography competition we also have a video competition. As a result of this program, we have received entries from more than 40 countries and youth in very large numbers have engaged themselves in creatively thinking and talking about India. This, in my view has been a very successful public diplomacy exercise done by us.

What movie, book or piece of music best represents India, in your opinion?

India is a very large and diverse country. It is, therefore, not possible to come up with the name of any one book or a movie or a piece of music which best represents India. There are a lot of well-known Bollywood films which represent India very well. I definitely feel that our documentary films made by the Public Diplomacy Division, available on our YouTube channel, represent India very well.  Through these documentaries we have tried to present every aspect of Indian life from our vibrant democracy, history, culture, architecture, music to our people.

* This interview was conducted in September 2013 when Riva Das was Joint Secretary & Head of the Public Diplomacy Division of India’s Ministry of External Affairs. She is now Director General of the Indian Council for Cultural Relations. Das is an alumna of the CPD Summer Institute, Class of 2013.

In this new series, the USC Center on Public Diplomacy (CPD) will interview international thought-leaders as well as key practitioners of public diplomacy and related professional fields to provide our readers with insight into the inner workings of some of the world’s most thoughtful PD practitioners. For more information about the Q&A with CPD series, click here.

I particularly liked Riva Das's definition of PD "as the framework of activities by which a government seeks to influence public attitudes so that they become supportive of foreign policy and national interests". I wonder how many countries subscribe to this eloquent and deep thought process!