Home|What's "In the Works" for Gary Rawnsley? 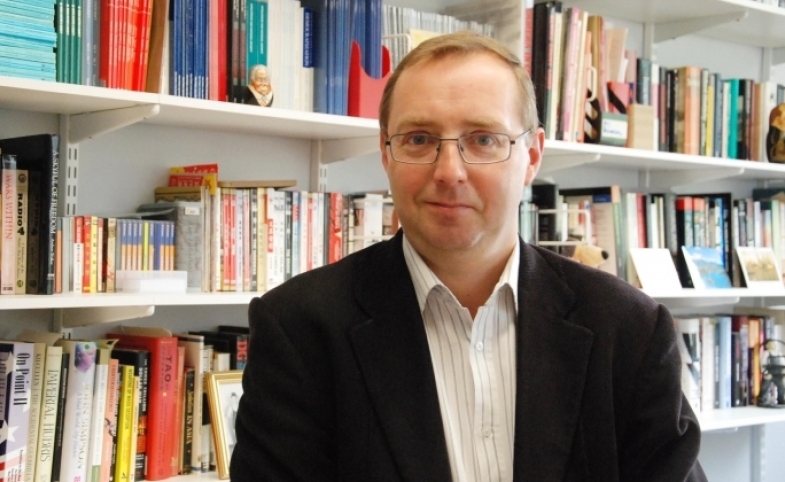 Professor Gary D. Rawnsley is Professor of Public Diplomacy in the Department of International Politics at Aberystwyth University in the United Kingdom. A self-confessed "Soft Power Agnostic," Rawnsley began his career in public diplomacy in the early 1980's as a teenager writing regularly for Shortwave Magazine; his focus of study then, and now, is the intersection of international communications and international relations. He is particularly interested in East Asia, and has written on soft power, public diplomacy, and cultural diplomacy in China, Taiwan, Korea, and Vietnam.

Rawnsley’s current project is a study of Taiwan’s public diplomacy, documenting the shift from political warfare (outlined in his 2000 book, Taiwan’s Informal Diplomacy and Propaganda) to a form of external communications. The study aims to contribute to the understanding of how states with few major diplomatic allies use public diplomacy to compensate for their deficiencies in the ‘hard power’ domain.

Rawnsley intends to be in Taiwan in the summer of 2016 where he plans to research public diplomacy in the non-governmental sector, especially by the Tzu Chi Buddhist Foundation.

He is co-editing two books: The Routledge Handbook of Soft Power with Naren Chitty, Craig Hayden and Lilian Ji (which includes Rawnsley’s chapter on Vietnam’s cultural diplomacy); and Taiwan Cinema, International Reception and Social Change with Kui-fen Chiu and Ming-Yeh Rawnsley. He remains interested in international broadcasting – the subject that inspired him to undertake a PhD in Cold War Radio Broadcasting in the early 1990s – and is editing a special issue of Media and Communication on Public Diplomacy and International Broadcasting. He is also working on a critique of soft power based on his chapter, “Reflections of a Soft Power Agnostic,” recently published in China's Soft Power in Africa: Promotions and Perceptions, edited by Zhang Xiaoling, Herman Wasserman, and Winston Mano. He is co-editor with Ming-Yeh Rawnsley of the Routledge Handbook of Chinese Media that includes his chapter on China’s International Broadcasting. With his new PhD student, Marcello de Souza Freitas, he is learning all about Brazil's public and cultural diplomacy.

The Future of Public Diplomacy

In this In Review, CPD Director Philip Seib offers his thoughts on the future of public diplomacy, advising policymakers and practitioners to increase the sophistication of their work and not lose sight of its strategic...