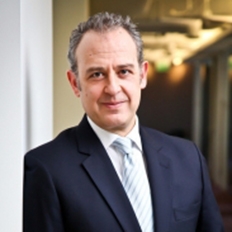 Ambassador Sarukhan is an international strategic consultant and advisor. He is currently a Distinguished Fellow at the USC Center on Public Diplomacy. A career diplomat, Ambassador Sarukhan served for 20 years in the Mexican Foreign Service and most recently served as Mexican Ambassador to the United States from 2007 to 2013. Previous positions included Deputy Assistant Secretary for Inter-American Affairs, Chief of Policy Planning at the Foreign Ministry and Mexican Consul-General to New York City.

Sarukhan received the Grand Cross of the Order of Civil Merit of the Kingdom of Spain and the insignia of Commander of the Order of the Polar Star of the Kingdom of Sweden. He was presented with the B’nai B’rith Excellence in Diplomacy Award in 2010. Sarukhan earned a B.A. in International Relations from El Colegio de México and an M.A. in U.S. Foreign Policy from the School of Advanced International Studies (SAIS) of Johns Hopkins University, where he was a Fulbright Scholar and Ford Foundation Fellow.

He has taught at the Instituto Tecnológico Autónomo de México (ITAM), the National Defense College, the Inter-American Defense College and the National Defense University of the United States. In addition to serving on the boards of the Americas Society and the Inter-American Dialogue, Sarukhan is currently a Distinguished Affiliate at the Brookings Institution.

Sarukhan’s work at CPD will focus on digital diplomacy, U.S.-Mexico relations, and the practice of public diplomacy. He will participate in public forums, meetings with faculty and engaging with students.