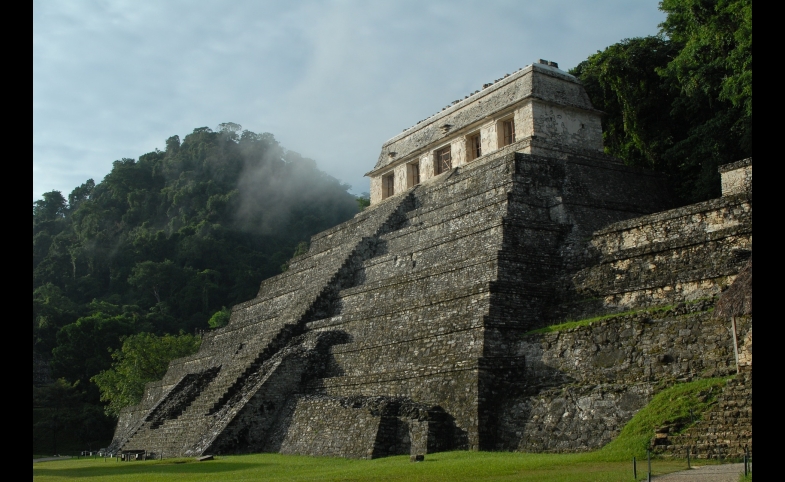 For most Latin American and Caribbean governments, traditional foreign policy concepts still trump soft power as the preferred and most comprehended instruments in the diplomatic toolbox.

Most countries in the Americas still approach global and regional geopolitics through the realist prism, underpinned by a Westphalian view of international relations. It’s therefore no surprise that the great majority of Latin American foreign ministries do not consider that the ability to attract, coax, and persuade stems from soft power. Given this, brand or mission statement will not alter fundamental geopolitical or diplomatic circumstances.

As the concept of soft power is almost alien to governments and public alike across the region, many pundits there postulate that it’s an issue relevant only to the grand strategy designs and interests of world powers. This isn’t helped by the translation of soft power into Spanish - “poder suave” or even worse, “poder blando” – which does little in dispelling preconceptions of regional foreign policy elites. It comes across as a mushy, over-boiled, fuzzy, and irrelevant concept for the foreign policy-making of their nations in a fluid, multipolar, and increasingly challenging world.

Making matters even more complicated, a foreign policy that seeks to garner public appeal and win favor for a country, whether it’s via explicit public diplomacy efforts or the collateral effects of soft power, must rely on the moral, political, and intellectual ascent of populations and opinion leaders. At a moment in the region’s history when human insecurity and endemic corruption seem to define the conditions and perceptions in which most Latin American nations operate today, this is a difficult goal to achieve. Moreover, a certain fundamental level of honesty, legitimacy, and consistency is expected. Some or all of these have been sorely missing over the years – and in some cases decades.

The silver lining is that some Latin American nations have important reservoirs of untapped positive attractions, whether it’s arts, culture, sports, or heritage and tourism. Take the case of Mexico, the country that I represented for 23 years as a career diplomat. As the 14th largest economy in the world and with self-contained geopolitical and diplomatic aspirations and modest military capabilities, one would certainly be hard-pressed to identify it as a world power. Yet Mexico is one of the true global cultural superpowers, with unrivaled heritage sites, a millennial history, compelling creative industries, a vibrant cultural and artistic scene, and one of the richest culinary traditions in the world. With the growing access to and use of digital platforms and social networking tools and technology that allow for the projection of those assets, the region should be home to at least three or four major public diplomacy and soft power players. But the persistent problem has been that Mexico, as with others in the region, has been unable to harness those assets. They have failed to implement proper strategies for promotion, nation branding, and public diplomacy. They have not trained generations of younger diplomats, to make them less resistant to change and less constrained by rusty diplomatic practices, paradigms and principles that stifle innovative public diplomacy. Furthermore, very few Latin American governments have tapped into the evident and logical interplay between the concepts of nation branding and public diplomacy, despite the budding efforts of some to use digital diplomacy as a tool that could articulate them both. When it comes to public diplomacy, nation branding and potential soft power projection, Latin America in general – and Mexico and Brazil, the two regional powerhouses, in particular – has consistently punched below its weight.

We cannot be so naive as to believe that Latin America can build meaningful relationships with others, and attract and project power using nothing but social networking sites and digital platforms. But digital media and social networks can be the first stepping-stone to connect and engage directly with new audiences. This is why developing strong, coherent digital diplomacy efforts and strategies is a must for any foreign ministry.

It is true that some efforts have paid off, despite many being targeted at narrow and specific issues. Peru launched a sustained nation-branding exercise built on gastrodiplomacy, heritage sites, and ecotourism. Mexico has done much the same, in an on-and-off fashion over the past nine years, with tourism and now increasingly with gastronomy too. Costa Rica has successfully cultivated its ecotourism brand, while Brazil has developed the most impactful Latin American international cooperation program, helping it develop and leverage a successful diplomatic footprint, particularly in Africa.

Ideas are infectious and Latin America is bubbling with them. But despite this advantage, few governments have realized the importance of the Internet. By significantly shifting and dispersing power and influence, it enables the implementation of a public diplomacy that could reach more people around the world, more effectively, in more places and in real time. Today, immediate and widespread access to information allows ideas to circulate virally. It levels voices. This means that most nations can no longer hope to control how, when, and through what medium people form their impressions of them.

More so now than ever before, public diplomacy needs to become a vital component of the foreign policy of Latin American nations. Engaging and telling stories to people around the world both advances their national interests – by connecting and creating narratives – and enhances their prosperity, wellbeing, and security. If we are not the ones telling our story, someone else surely will. Therefore, self-framing needs to be practiced by countries throughout the region, as part of their nation branding and public diplomacy activities.

We cannot be so naive as to believe that Latin America can build meaningful relationships with others, and attract and project power using nothing but social networking sites and digital platforms. But digital media and social networks can be the first stepping-stone to connect and engage directly with new audiences. This is why developing strong, coherent digital diplomacy efforts and strategies is a must for any foreign ministry.

Additionally, Latin American nations need to transition to a whole of government – and even whole of society – comprehensive and longterm approach to public diplomacy. This is needed to enhance their nation branding if they want to move the needle on how they convey soft power. They need an army of civil society, cultural, and corporate diplomats, from multiple sectors, as co-stakeholders of strategic public diplomacy efforts to shore up their soft power reserves.

Public diplomacy allows nations from the region, at a particularly complex time of economic downturn and trimmed budgets, to do more with lessened diplomatic presence on the ground, as embassies and staff are shuttered or trimmed. They also need to comprehend that public diplomacy can be an equalizer, winning over hearts and minds, particularly in a multipolar international system where non-state actors – whether cities and their mayors, NGOs, or corporations – occupy an increasingly relevant and global role. By helping shape a new rules-based international system that builds upon global public goods and fosters a global commons – whether in climate change, global governance, or disarmament – some of the region’s nations could significantly enhance their soft power.

Note from the CPD Blog Manager: This piece originally appeared in The Soft Power 30 report.