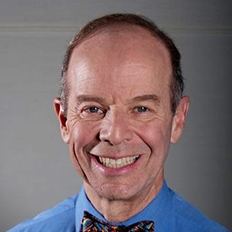 Barry A. Sanders is an adjunct professor of Communication at UCLA teaching courses titled “The Images of America around the World,” “Public Diplomacy,” and “Architecture as Non-Verbal Communication.” He is also on the faculty of the UCLA law school. He is the author of two books: American Avatar: The United States in the Global Imagination (Potomac Books, 2011) and The Los Angeles 1984 Olympic Games (Arcadia Publishing, 2013). Sanders practiced international corporate law at the global law firm of Latham & Watkins from 1970 to 2007. He is a member of the Council on Foreign Relations, the Pacific Council on International Policy, and the Board of the USC Center on Public Diplomacy. He served eight years as president of the Board of Commissioners of the Recreation and Parks Department of the City of Los Angeles and as a member of the Board of Commissioners of the Los Angeles Memorial Coliseum. He is the Founder and chairman emeritus of the Los Angeles Parks Foundation. Sanders served as Chairman of the Southern California Committee for the Olympic Games from 2003 to 2017 and as a director of LA2028, the group that successfully bid to bring the Olympics to Los Angeles in 2028. In September 2007 he received the Olympic Spirit Award from the United States Olympic Committee and the William May Garland Award from the Southern California Committee for the Olympic Games. He served on the board of Special Olympics of California and the board of the Special Olympics World Games 2015. He is a director of the Los Angeles Sports Council and of the Los Angeles Sports Council Foundation. He serves as an arbitrator at the International Court of Arbitration for Sport. Sanders’ community service career spans many subjects. In early 1992, he served as executive editor and general counsel to the California Council on Competitiveness. From 1979 to 1984, he acted as primary outside counsel to the Los Angeles Olympic Organizing Committee. After the riots in Los Angeles in 1992, he was co-chair of Rebuild LA, the public-private organization established to deal with the problems of LA’s inner city. While co-chair of RLA, he was chairman of the board of the RLA Community Lending Corporation. In 2011 the Los Angeles Area Chamber of Commerce awarded him its Civic Medal of Honor. He received the 1999 Medal of Honor for contributions to the arts from the Thornton School of Music of the University of Southern California. He has been chairman of the board and president of the Los Angeles Philharmonic and chairman of the Los Angeles Public Library Foundation. He is presently on the executive committee of the board of directors of the Los Angeles Opera and led its city-wide Ring Festival LA in spring 2010. He also sits on the Board and the Executive Committee of the Ojai Music Festival. Sanders has served on the boards of directors of the League of American Orchestras, the Los Angeles Performing Arts Center (formerly “The Music Center”), the Music Center Foundation, The Walt Disney Concert Hall Corporation, the Joffrey Ballet, the Aman Dance Company, the Geffen Playhouse, the Otis Art Institute, and the Los Angeles Municipal Art Gallery, among others. Sanders was born in Philadelphia and earned degrees from the University of Pennsylvania and Yale Law School.