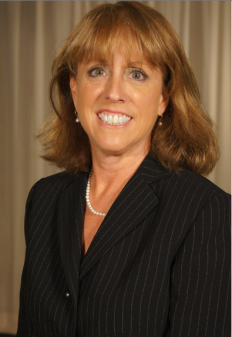 Kathy R. Fitzpatrick is a professor and director of the Zimmerman School of Advertising and Mass Communications at the University of South Florida (USF) and a CPD Faculty Fellow. Prior to joining USF, she was a professor and former senior associate dean for academic affairs in the School of Communication at American University in Washington, D.C. Fitzpatrick formerly served as associate dean of graduate programs and research in the School of Journalism and Mass Communication at Florida International University and also served on the faculties of Quinnipiac University, DePaul University, the University of Florida and Southern Methodist University. In 2009-2011, she was a research fellow and is currently a faculty fellow in the Center on Public Diplomacy in the Annenberg School at the University of Southern California.

Fitzpatrick is the co-founding editor of the Palgrave Macmillan Book Series on Global Public Diplomacy and serves on the international advisory board of Public Diplomacy Magazine. She is a member of the editorial boards of the Journal of Public Relations Research and the Journal of Mass Media Ethics and formerly served on the advisory board of The Hague Journal of Diplomacy and the editorial board of Public Relations Review. She is a member of the Arthur W. Page Society, which represents corporate, agency and academic leaders in public relations. She formerly served as head of the Educators Academy of the Public Relations Society of America (PRSA) and is a former president of the Dallas Chapter of PRSA.

Professor Fitzpatrick received B.S. and M.S. degrees in journalism from West Virginia University and a J.D. degree from Southern Methodist University. She is licensed to practice law in the State of Texas and accredited in public relations by the Public Relations Society of America.