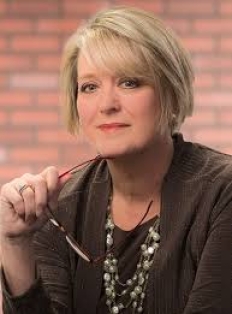 Jami Fullerton earned her doctorate from the University of North Texas and received her BA in Journalism from the University of Oklahoma. She is a professor in the School of Media and Strategic Communications and holds the Peggy Layman Welch Endowed Chair in Strategic Communications at Oklahoma State University-Tulsa. Prior to entering academe, Dr. Fullerton worked in the advertising industry, primarily on the client-side, where she directed the marketing and advertising functions for several national restaurant chains.

Dr. Fullerton’s current research program is focused on mediated public diplomacy efforts since 9/11. In 2003, she received a grant to study international advertising, specifically the U.S. State Department’s advertising effort in the Muslim world. Research resulting from the grant was published in her book with Alice Kendrick, Advertising’s War on Terrorism: The Story of the U.S. State Department’s Shared Values Initiative (Marquette Books, 2006). Dr. Fullerton was the principal investigator for one US State Department grant to Central Asia where she organized leadership training for women entrepreneurs and has worked as part of two others. She also sits on the board of directors for Tulsa Global Alliance, a non-profit dedicated to global awareness and international citizen diplomacy.

Dr. Fullerton’s summers are often spent abroad where she teaches communications courses and conducts research. She lives in Tulsa with her husband Sam and daughter Helen.

Dr. Fullerton's 2014-16 CPD Research Fellowship project is titled, "A Model of Country Concept: How Attitudes Toward Nations are Formed."