Home|Citizen Diplomacy in Action: One Example from Oklahoma 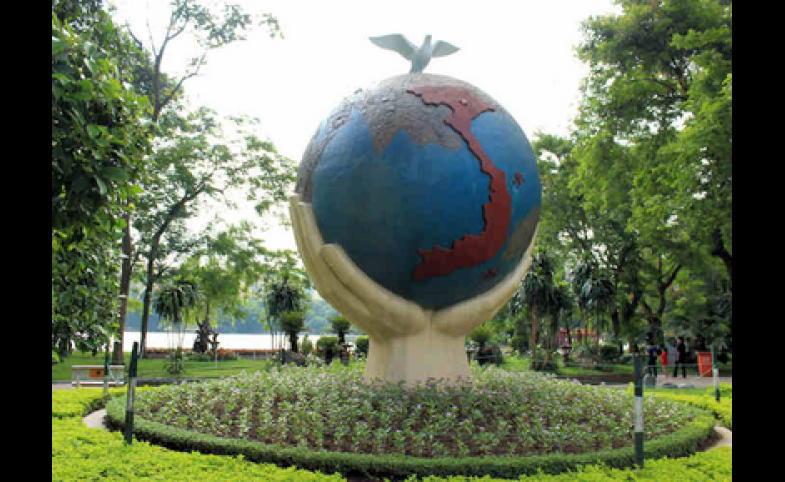 Citizen Diplomacy in Action: One Example from Oklahoma

Often, those of us who study public diplomacy forget about the hard work put forth daily by thousands of U.S. volunteers working as citizen diplomats. The activities of organizations such as Sister Cities International and the National Council for International Visitors not to mention the Fulbright Scholar Exchanges, are great examples of citizen diplomacy in action across America every day.

Many of these person-to-person programs are funded and coordinated by the U.S. State Department; however, non-governmental organizations also contribute to citizen diplomacy efforts. Dependent mostly on volunteers, citizen diplomacy organizations host international visitors in specialized cultural and professional programs in U.S. cities from Toledo to Tempe. Lifelong friendships, business, and educational partnerships are forged through the work of Sister Cities International via hundreds of local chapters. Professionals from myriad countries and industries around the world are hosted by internationally-minded Americans through the work of the National Council for International Visitors. Often overlooked are the hundreds of Fulbright Scholars in residence on campuses across America every academic year.

In Tulsa, Oklahoma a local non-profit called Tulsa Global Alliance does most of the heavy lifting for citizen diplomacy efforts as it assists the State Department with Sister Cities International and the National Council for International Visitors programs, among others, to implement citizen diplomacy programs at the local level.

Such citizen diplomacy activities are considered the “gold standard” in what Golan[1] calls “relational public diplomacy.” While person-to-person exchanges and individual interactions with people of other countries can be expensive and limited in reach, they also can be enormously effective and long-lasting. Take, for example, one case – my case – in Oklahoma. During this semester, I’ve had the pleasure of attending an International Sister Cities conference in San Luis Potosi, Mexico, hosting three Chinese journalists in my home who were recipients of the State Department’s Edward R. Murrow Program, and helping to organize a four-day workshop in Oklahoma for 75 visiting Fulbright Scholars to learn about the American West. These on-the-ground examples of citizen diplomacy were enormously rewarding for me personally, but also contributed to a larger goal of public diplomacy: “informing and influencing audiences overseas,”[2] one compelling conversation at a time.

American psychologist Gordon Allport proposed the Contact Hypothesis (also known as the Intergroup Contact Theory) in 1954[3] . Allport posited that interpersonal contact was one of the most effective tools to reduce prejudice and improve understanding between majority and minority groups in the United States. Research testing Allport’s theory consistently has shown that face-to-face contact reduces stereotypes, eliminates discrimination, and mitigates conflict between members of different groups.

Based on my experience with formalized citizen diplomacy activities, such as the ones mentioned above, as well as informal dealings with international students on campus or casual meetings with locals while traveling abroad, I think Allport’s Contact Theory applies to international relations and public diplomacy. There may be no better way to break down stereotypes and shape positive attitudes toward the U.S. among citizens of other countries than to have personal contact with them, whether during a conference, at a ballgame, or while enjoying a meal. Through intergroup contact, citizen diplomacy can strengthen our global relationships and enhance understanding of our neighbors around the world. Perhaps this was President Eisenhower’s vision when he founded Sister Cities International in 1956 to “promote peace through mutual respect, understanding, and cooperation — one individual, one community at a time.” Including Oklahoma.

On January 23rd, CPD hosted a conversation with Michelle Giuda, Assistant Secretary and Senior Official for Public Diplomacy and Public Affairs at the U.S. Department of State. As technology provides an ever-increasing array...

The deteriorating security situation throughout much of the Arab world underscores the need to urgently search for nonviolent methods of achieving stability. At the heart of the current unrest are not only political issues...