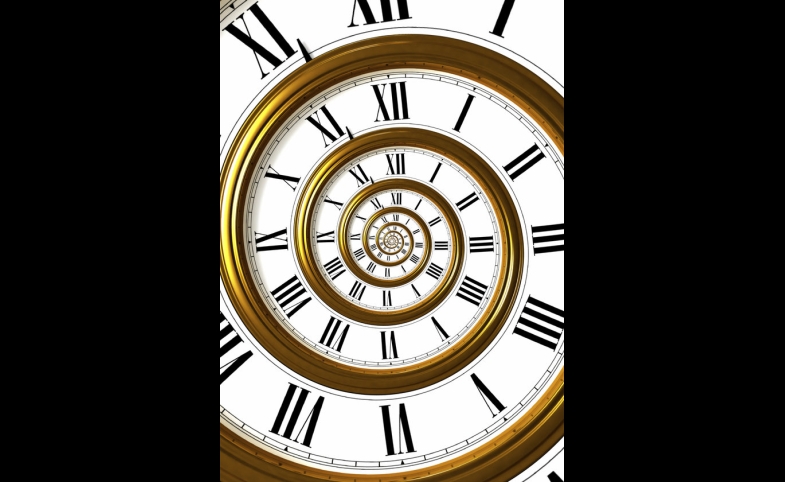 ‘Perhaps, instead of proclaiming so complete a break in 1919, it would have been better to take the line that here was the moment for asserting (and insisting upon) the continuity of history, or the importance of gaining every possible benefit from man’s long-term experience1.’ - Herbert Butterfield

Butterfield’s almost wistful point is clearly rhetorical - but it raises important questions about the way we organize our thoughts on diplomacy, the flows and breaks in its development - even how diplomacy is conducted by constantly evolving states. As we consider the impact of the ever-changing nature of the state on the practice of diplomacy, we might wander slightly further down this hypothetical road: what would have happened if we had stressed continuity instead of change in 1919? Is it possible to explore the cultural roots of Time so as to escape the confines of the linear (Western) view that pervades diplomatic studies and international affairs?  What does it mean for dialogue to be the ‘timeless’ element of diplomacy into the past and across states-systems?

As an historian, Butterfield often discusses the history of history. He examines the shifts in our stories by author(s) and by audience(s). He concludes that the way history is interpreted and used in the West is almost, if not entirely, unique, citing China and India as examples of ‘underdeveloped’ or ‘unhistorical’ approaches. Butterfield goes on to suggest that it is Europe’s ‘sense of destiny’ that sets it apart from the rest of the world - with all of the consequences for the development of diplomacy and other institutions that entails2.

This discussion of the cultural influence on ‘types’ of history gives us much to consider, particularly in terms of the practice of diplomacy. Going back to ancient civilizations, Butterfield argues that first there were the Epics of the gods. These were followed by lists and inventories as collective effort became focused on power maintenance and expansion.  This trend was followed by the tales of conflict and wars which, in turn, developed into interpretive history. Interpretive history is arguably the first recognizable effort at public diplomacy, as people sought not only to engage and inform, but to influence others through their story. He suggests that it is here that we first encounter propaganda and with it, the birth of an ongoing tension between history as told ‘for God’ vs ‘for the people’: the ‘temple’ or the ‘palace’3.

Butterfield’s dominant visualization of Time as linear forms the basis of his conclusion of ‘scientific history’. That is, the possibility of man knowing God’s will, resulting in the European or Western pursuit of Progress. He recognizes that God’s role diminished in the ‘great secularization’ and was replaced by ‘Reason itself’, but argues that this became the new ‘immanent god, working as the very soul of history’4.

As Carol Greenhouse and Mary Dudziak explain, this ‘scientific’ or linear understanding of history can be dangerous. Dudziak, a legal historian, discusses the way wars are used to break time into ‘pieces’ or as the ‘markers’ of the beginning or end of an era. Unfortunately, this linear process takes Time for granted and overlooks its imbedded cultural aspects as well as the existence of competition between versions or interpretations of Time5. Dudziak leans heavily on Greenhouse, a contemporary sociocultural anthropologist, who traces the paradox of ‘social time’ as ‘the artifact of a durable and multidimensional ethnocentrism ’found‘ in the cultural conventions of political self-legitimation in modern nation-states.’6 In other words, linearity grants Time both purpose and direction: essential ingredients to state development and diplomatic statecraft.

As with Butterfield’s tension between temple and palace, Greenhouse examines the waning of church power and the rise of monarchies to extend her argument that linear time came to do ‘the state’s work.’ In other words, linear segments of time are connected to a collectivity via the state and to eternity or immortality through the institutions, be they kings or governments.7 This thinking, perceived as rational and based on the individual, became pervasive throughout the social sciences.8

Greenhouse also points out that western or scientific time was not indigenous to Europe. It was imported with Christianity and competed with cyclical time until linearity came to dominate public life sometime in the 13th century. Similarly, while World War One was a break marked by war, it was also the final stage in the competition between scientific time and social time. It is interesting to note that these shifts are also considered common ‘break points’ in the diplomatic narrative, suggesting they should perhaps be reexamined with a view to exploring the role of different and conflicting interpretations of Time.

As a diplomatic hypothetical, it seems logical to assume that if we had answered Butterfield by insisting on continuity instead of change in 1919, we might have been in a better position to escape Time’s geometry.  The straitjacket of the ‘old’ vs ‘new’ debate could have been avoided and a more conducive setting established for dialogue; the ultimate goal of public diplomacy. Perhaps Butterfield sounded wistful because he could already see that diplomacy was destined to march down the straight and linear road for some time.