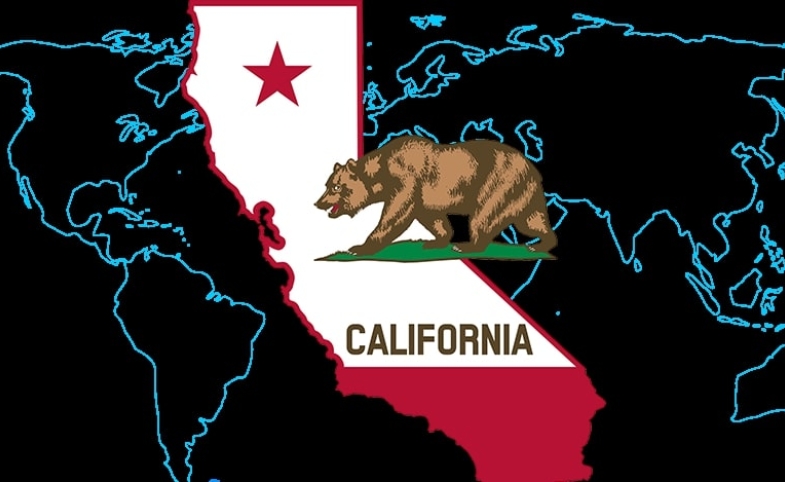 In 2009, Abe Lowenthal made a cogent case in Global California that, given its history, diversity and size in every respect, California was already a global actor but had not embraced its position or lived up to its potential.

Then-Governor Schwarzenegger clearly made strides in terms of California’s international profile, but most political observers will point to your immediate predecessor, Governor Brown, as the most intentional leader in this area and widely recognized for his thought leadership, if almost exclusively on the issue of climate change.

Of course, Brown’s prominence must be seen in the context of the change in the White House, as President Trump’s move to nativist “patriotism” has necessitated a new approach by states. As many have noted, California was hardly the only state to reach out for international partners to get domestic business done on issues often emanating from, but not limited to, economic development and trade. Overall, the progress has been impressive, reflecting a recognition of the profound interconnectedness between California and the world.

Yet, as you formally take up the mantle of governor, you have a window of opportunity to do far more. The state can wait no longer for a governor who appreciates that all actors are now international. We look to you for the vision and energy to bring together the state agencies, cities, counties and tribes who operate on a government-to-government basis to affect change in their local area through the global arena. Only by building that kind of inclusive structure can we present a unified international face to our friends and allies, both abroad and here at home. A new globalism must be the bedrock of your strategy, the frame of your team and the structure of your office. It must be the guiding principle of your policymaking if California is to not only take advantage of its position, but to protect itself at this precarious, but exciting, moment in our local, state, national and international politics.

You have doubtless been working for months (if not years) on the priorities for your administration. As part of the transition, I commend your imaginative step of naming a group of trusted advisors to be your “ambassadors” charged with opening a dialogue with stakeholders. However, as California increasingly becomes an emerging global power, we will need a clear international infrastructure more than honorific titles

A useful starting point would be the systematic analysis of California’s latent “soft power,” which was defined by Joseph Nye in 1990 as the ability to influence behavior through the power of attraction and ideas. California clearly has a strong starting position. However, Nye’s often-overlooked point in the rush to (over) use the concept is that “power is a relationship,” and soft power is only one part of the equation. His real argument that you as Governor of California need to recognize is that globalization has created a diffusion of power that is a fundamental challenge to the state and all would-be international actors.

Today—and in light of a White House that has set itself against ideas of an enduring international society—you will need to ensure that California focuses on this power diffusion, as this is exactly the point at which U.S. states (and cities and counties and tribes of California with their own governments) enter the international discourse.

Over ten years ago, Douglas Smurr laid out a history of the initiatives, roles, committees and offices created (here and abroad) by successive governors but were ultimately as short-lived as their tenure. Consequently, the diplomats sent to California to represent their countries’ interests have grappled with a huge range of interlocutors. They have handled this task with aplomb, but in interview after interview, they have told me they sense a lack of strategy and coherence from the state. Countries with a larger representation can adapt, but smaller consulates are hard-pressed. Conversely, while the diplomatic corps appreciates the hard work of the small number of staff dedicated to the state’s international activities, they see all too clearly that the growing demands far out-strip current capacity.

For too long, California has been a reluctant global player—a kind of “accidental internationalist” dealing with issues only to the extent necessary and usually in reaction to domestic/business/sustainability demands. The state has worked to not attract undue attention to a global agenda per se and certainly has not created a permanent infrastructure that could deal with its growing global interests.

By way of practical suggestion for a first step, the state should undertake a comprehensive review of its international resources (and perhaps the brief for this work could be requested of the newly named “ambassadors”). Julie Bishop, the Foreign Minister of Australia, announced the first review of this kind with four key areas that would be useful for California. Similarly, the Soft Power 30 report recently released by Portland Communications and the USC Center on Public Diplomacy ranks the soft power of countries under the categories of: government, culture, global engagement, education, digital and enterprise. This report also uniquely conducted polling on a country’s attractiveness including: cuisine, welcome to tourists, technology products, luxury goods, trust to do the right thing in global affairs, appeal as a place to visit/work/study and contribution to global culture. As USC is a partner, they could be invited to revise these criteria for the state of California. Additionally, Lord Cultural Resources, a California-based consulting organization that claims the state to be a soft power “super power,” could be involved. The international infrastructure of other sub-national entities including other U.S. states, Canadian provinces and European regions would also be worth investigation.

Governor, I warn you that some people, perhaps even some on your team, will argue that you do not have the time or resources to review—let alone to build—a bespoke structure for the state’s international affairs. They will support a piecemeal approach and propose that existing structures can be adapted and patched on the emotive grounds that other priorities are more pressing. They are not entirely wrong, but the response is that California stands at a crossroads. In this moment, the way the state organizes to deal with the challenges presented by globalization will determine the state’s fundamental prosperity and security. For too long there has been a tendency to view “international” or “global” issues as far away, another “issue bucket,” separate and distinct from key domestic concerns.

We urgently need a governor who will build on the work of those who have gone before by taking the daring step of educating the public and lifting our perspective to see “globality” as an overarching umbrella, under which all other issues must be understood.

Given the diversity of our state’s history, people and economy, California is better placed than any other state in the union to recognize that to be global is the driver of state governance. Anything less than a detailed international assessment, strategy and sustainable infrastructure that includes all the sovereign/political entities and active international constituents acting on behalf and within our great state is to fail—again—to create a truly global California.

On this day of your inauguration, we look to the future with confidence that you will step up to this challenge while standing ready to offer you any assistance you may need.

Unlike the State of the Union (and the State of the State) address, the concept of a leader’s “first 100 days” is not constitutionally mandated. The idea of taking a random number of days by which to judge an incoming...