Home|On the Centenary of the Christmas Truce 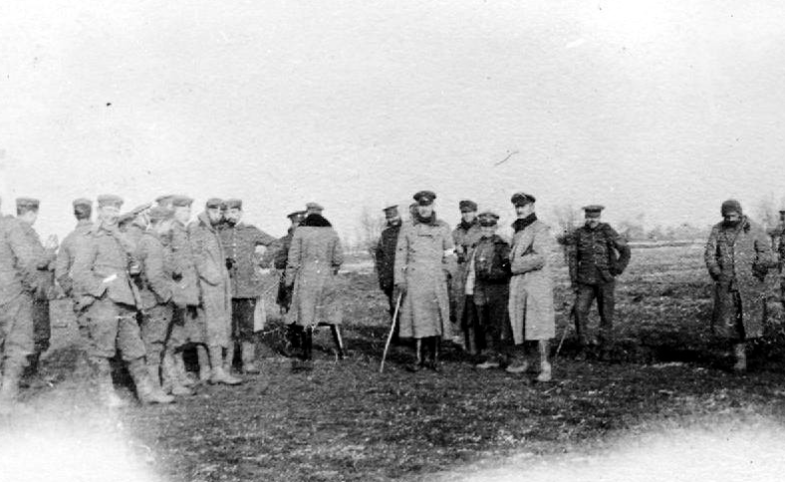 On the Centenary of the Christmas Truce

By the winter of 1914, the trenches of the Western front had heard many strange and terrible sounds: the familiar agony and cacophony of war rendered new thanks to technological advances in high explosive and artillery. The sounds of Christmas Eve were all the more unexpected. Christmas carols in German, English and French floating into the night air from trench to trench as enemies acknowledged their common longings for home and peace and their shared traditions. Christmas candles were lit along parapets. The following morning saw armies meeting in no-man’s land to fraternize: exchange gifts, drink together, show photographs of sweet-hearts and play improvised games of soccer. For a few hours the bloodshed paused and as many as 100,000 men participated in a mass observation of a truce.

The majority of public diplomacy scholarship focuses on government engagement with foreign publics, however there is always an idea that ordinary people foreign to one another can engage each other directly to positive effect. It is hard to think of as dramatic an example of this a series of incidents which took place exactly 100 years ago on the western front of the First World War, known as the Christmas Truce in English, Trêve de Noël in French and Weihnachtsfrieden in German. The stories are touching, especially given what lay ahead for those young men in the grueling years of war still to come. In later years, once commanders had reacted against something so subversive, once the soldiers had been ground down by propaganda from above and their own experience of the cruelty of the other side’s use of poison gas, Christmas Truces became all but unthinkable.

The Christmas Truce has been an important element of the folk memory of the Great War. For the Left especially it played to an important argument that it was possible for working people to recognize a shared condition of exploitation. It surfaced in popular culture. The truce was included in the famous British stage play and movie adaptation Oh What a Lovely War in the 1960s. In the 1980s a number of musicians used the story of the Christmas fraternization to comment on the revived Cold War. Examples included Paul McCartney’s Pipes of Peace (1983), which was promoted with a video in which the star appeared as both a British and a German soldier. A French film from 2005 Joyeux Noël told the story of the truce and the angry response of respective commanders from French, British and German points of view. It remains well worth seeking out on Netflix.

When peers have the opportunity to engage one-another, remarkable things can happen...This is the idea on which much exchange diplomacy is built.

How then to mark this extraordinary example of foreign policy from the bottom up? The British and German armies have held a commemorative football match. The governing body of European football (UEFA) has released a moving video in which stars of the game old and new from combatant countries read from soldier's letters describing the truce. Several songs have been released to mark the occasion including a charity single by ‘Military Voices’ to benefit British military charities called 1914 - The Carol of Christmas. The cause is worthy though oddly neither the song nor video give any indication that the enemy were involved. A more debatable cause is that of commerce. Last month the Sainsbury’s supermarket chain ‘won’ the British corner of the internet with a touching commercial recreating the truce in the name of boosting their seasonal trade. All this raises the question of how our own public diplomacy community might care to mark this anniversary in an age of Twitter and Facebook? My initial thought was to suggest a virtual soccer match: some sort of social media exchange between British, German and French scholars and practitioners, but that would not get to the heart of the issue: the need to build peace in today’s world. The nations who were the antagonists of 1914 have enjoyed fifty years of peace and a cultural and economic convergence that bears out the instincts of the participants in the truce. Today’s front lines are very different.

Part of the problem today is that combatants in so many of our most dangerous conflicts do not share the same festivals, sporting interests or cultural markers like alcoholic drink. There are those – like the late Samuel Huntington – who say that that is why they are and must be in conflict. The least we can do is remember the truce and dig a little deeper to seek lessons which might apply. The following occur to me: First, while the truce is remembered as a bottom up initiative it should be remembered that in the months leading up to Christmas a number of voices had been raised urging a Christmas peace including those of Pope Benedict XV and a coalition of women’s suffrage activists. It is always worth speaking for peace. Secondly, it is worth noting that the participants at this stage of the war would have been predominantly regular soldiers and not citizen conscripts. They shared an identity as professionals rather than volunteers driven to march behind their colors by tales of enemy atrocities. When peers have the opportunity to engage one-another, remarkable things can happen. Think of the connections between Soviet and American scientists at the Pugwash conference which flourished in the Cold War. This is the idea on which much exchange diplomacy is built. The story of the Christmas truce speaks of the human desire to respond to an opening, to rise above conflict and seek a better way, and maybe it is here that each of us can make their own act of remembrance. Should we not each consider the entrenched defensive positions in our own lives and look out for people like us on the other side of the line, just in case an alternative approach is possible? The mutual recognition of common humanity and the act of listening is an excellent place to begin.