Home|Challenging the Pakistani Taliban Through Culture 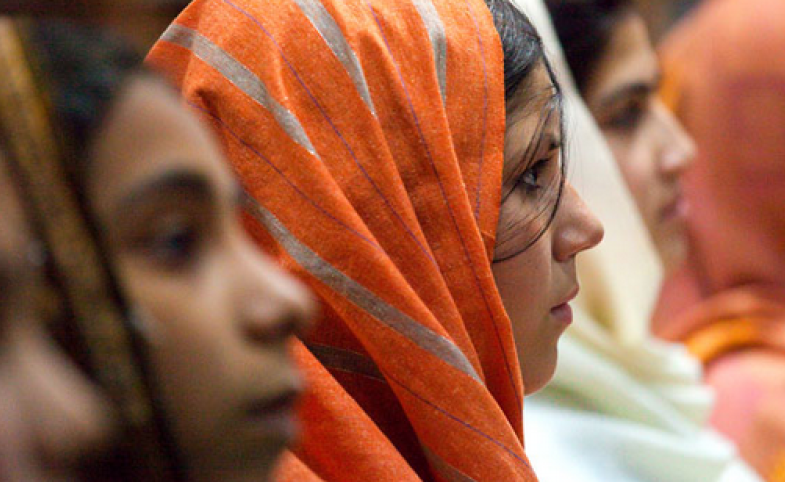 Challenging the Pakistani Taliban Through Culture

With these fighting words, Bilawal Bhutto Zardari did something no other Pakistani politician has done: publicly defy the Taliban (Tehreek-i-Taliban Pakistan or TTP):

"I want to tell the terrorists that Sindh will…be the battleground where we will fight and save our Islam…The grandson of Shaheed Zulfiqar Ali Bhutto, the son of...Benazir Bhutto, wants to tell you that Islam’s message is of humanity, of serving the people...Through Sindh Festival we have shown the world we are alive, and hand in hand with the contemporary world."

The venue for Bilawal Bhutto throwing down the gauntlet to the “barbarians who want to take us back to the Stone Age” was the closing ceremony of the 15 day Sindh Festival  that the young Bhutto organized in order to “save our heritage and culture…” and reclaim the social and cultural space Pakistan has ceded to the extremists.

A cultural festival might seem an odd venue for such a political act, but culture is where the rubber meets the road in the battle against extremism in Pakistan. Once home to the largest performing arts festival in the world, the Peerzada family’s World Performing Arts Festival in Lahore, Pakistan has seen music, dance and theater come under attack to the point that in 2010 three-layered police security with seven brigades was required for Pakistani children to perform a school play.

Yet, despite the Pakistani Taliban’s campaign of violence, resulting in an estimated 50,000 Pakistani deaths since 2001, they have not killed the country’s resilient arts and culture. The Karachi and Lahore Literary Festivals draw 10,000 attendees per day. Pakistan’s visual artists are world renown; Imran Quareschi occupied the coveted Metropolitan Museum rooftop exhibition space last summer. The fusion of traditional and pop Pakistan music made popular by the Coke Studio and Nescafé Basement television shows streams from the windows of Pakistan’s famous painted trucks as well as university hallways.

So, in fact, the Sindh Festival, which celebrated Pakistan’s rich, diverse culture—past and present—provided the perfect platform for Bilawal Bhutto’s message of reclaiming Pakistan’s cultural and social spaces, and its identity. Opening at the Hindu site Mohenjo-Daro, the world’s oldest planned urban landscape, the jam-packed festival program, which included a film festival, a celebration of Basant, or a kite flying festival (banned by the government), and a Valentine’s night concert of Ghazals (traditional love poems), drew hundreds daily. In today’s Pakistan, simply providing a venue and a reason for people to gather outside their homes is an act of defiance and courage.

Bhutto’s launching a cultural festival struck a “dagger into the heart of the extremist project,” to quote Sherry Rehman, former ambassador of Pakistan to the United States and informal advisor to Bilawal Bhutto. The act of launching the festival, on top of his fierce condemnation of the Taliban—labeling them “barbarians who want to send Pakistan back to the Stone Age”—set Bhutto apart from the conciliatory behavior of the Sharif government and Imran Khan, a frequent Taliban apologist.

While the Festival ran and Bhutto berated the Taliban, the Sharif government opened peace talks with the extremists, only to be suspended in the wake of a spike in violence against soldiers, police and civilians. In response, Sharif and even Imran Khan called for military action against the Taliban.

The planned major attack in Waziristan, which received support across all political parties, evidently had credulity within the TTP. They announced a month-long ceasefire, a move that led the government to cancel the planned air strikes. But the shaky foundation for peace talks was shattered again when militants attacked the district court complex in Islamabad, although the TTP denied responsibility.

In contrast to the government’s ‘on again off again’ approach to peace talks, Bilawal Bhutto criticized those who support negotiations with the Taliban as “obliging terrorists”. Invoking the mothers of martyred soldiers and policemen, and referencing his own mother’s murder, Bhutto condemned talks with the Taliban as “bowing down” to “miscreants and killers”.

Only time will tell whether Bhutto’s impassioned words at the Sindh Festival Closing Ceremony will have lasting impact, but according to the recently arrived Ambassador to the U.S. Jalil Abbas Jilani, Bhutto’s speech has sparked a reaction among Pakistani politicians, causing them to re-assess their positions vis a vis the TTP.

But neither a military campaign nor peace talks will eliminate the incipient fundamentalism spreading through Pakistani society. This crops up in astonishing ways. For example, Khaadi, the upscale fabric and clothing store, has been forced to tailor its designs to cater to the fundamentalist beliefs of its manual workforce. Two designs for this season—one with small Chinese figures and another with birds—had to be eliminated: the workforce refused to print the figurative patterns because they believed they were “haram,” or forbidden by Islamic law.

Bilawal Bhutto has his work cut out for him. Whether his assertion that “the colours of our heritage and culture are so deep and bright that no tsunami of terrorism will ever be able to wash it away” will prove true or not remains to be seen. To gain acceptance beyond Pakistan People’s Party loyalists, he will have to prove his seriousness by spending more time in Pakistan than Dubai, and by demonstrating his willingness to attack core problems of corruption, poverty, poor education and inadequate delivery of basic services. Or, he could cut his teeth on something less ambitious—and fight to restore YouTube, banned for five years in Pakistan.

What is clear from Bilawal Bhutto’s contentious and courageous debut at his cultural festival is that he alone in Pakistani politics is willing to take on the Taliban. And he has done it while celebrating the music dance, art, kite flying and other aspects of Pakistani culture the Taliban would like to eradicate.

This blog was orginally published by The Brookings Institute.