Home|Digital Diplomacy & the Challenge of Impartiality 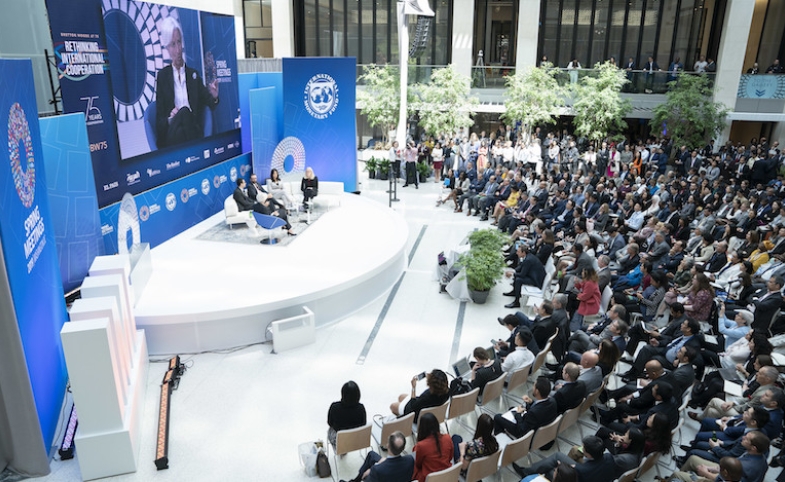 Note from the CPD Blog Manager: This blog is representative of the author's CPD Research Fellowship project.

We conventionally think of international organizations like the International Monetary Fund (IMF) as acting above sovereign states. In an era in which countries are cooperating less and squabbling more, trying to be impartial can prove difficult in practice. We have recently seen this play out in how the IMF surveils member countries. This surveillance takes the form of annual reports detailing how each country’s economy is doing, diagnosing potential challenges and offering advice.

Some of the IMF’s recent day-to-day surveillance work raises an important digital diplomacy challenge. Two recent cases involving the U.S. underscore the IMF’s problem of using its knowledge to contribute to policy debates while remaining removed from them. This limits the effectiveness of the Fund’s digital diplomacy, as tweets about this work essentially bury the lede. At a time in which the Fund is studying how to increase the traction of its surveillance work, this is notable, as the very nature of the Fund as an international organization limits its ability to gain this traction.

In one recent example, a study developed by Fund economists on the effects of the Trump tax cuts on business investment in the U.S. found that the reason why business investment in the U.S. is increasing has everything to do with increased domestic demand. The tax cuts, originally touted as essential to boosting investment, have not had their desired effect. This working paper was released in May of this year, and a blog post about the paper came out this week on the IMF’s website. Both are referenced in news coverage by the Los Angeles Times and Bloomberg.

The Fund’s use of social media is more an additional tool rather than a technology that changes relationships between the Fund and member countries.

In another example, the Fund’s recent review of the Chinese economy came out just as the White House accused the Chinese government of currency manipulation. This charge has been roundly criticized from the economics community as lacking a strong basis in fact. The Fund’s recent assessment of China’s exchange rate concurred, finding that China’s currency has been largely stable in recent months.

The important thing to know in both cases is that one would not learn either of these things solely by reading the Fund’s tweets on surveillance of the U.S. and China. In neither case were the findings of the surveillance reports framed as “gotcha moments” that would attract media attention, much less retweets. The working paper on tax reform was a supporting document for the surveillance review, and it was not tweeted about by the Fund until the blog post was created. News coverage of the IMF view on China’s currency in framed the issue as the IMF rejecting the White House’s interpretation, but there is nothing in the IMF’s tweets about China, much less the report, that spell this out in this fashion.

There are sensible reasons for this. Each surveillance report is a lengthy document of more than 90 pages, and the IMF will only send out a few tweets on each report (two tweets in the U.S. case and three tweets in the case of China). This means that the main points of each report attract the attention of the Fund’s communications team. It is also the case that the language that the Fund uses is designed to avoid controversy. The one tweet sent out about the tax reform blog post does not even mention the Trump tax reform, instead posing a question of whether lower capital costs produce greater investment.

This is an important consideration for the IMF’s digital diplomacy moving forward. The process of surveillance has always been a dialogue between member country governments and the Fund. The key to the Fund’s influence is based on expertise. While the IMF can be critical of member countries (it routinely refers to the U.S. budget deficit as “unsustainable”) that criticism is couched in diplomatic language. While the use of social media by international organizations creates the potential for altering the relationship between the Fund and its member states, the original template for surveillance limits the impact of social media. More sharply worded tweets stating clear opposition to U.S. policy might go viral, but they will not advance the Fund’s mission.

In the coming year, the Fund will be evaluating surveillance with a mind to increasing its traction. My published research suggests that this task will be easier said than done. The Fund’s use of social media is more an additional tool rather than a technology that changes relationships between the Fund and member countries. Rather than being transformative, the Fund’s Twitter diplomacy reflects how surveillance was originally conceived in a pre-digital world.

Photo by the International Monetary Fund via Flickr | CC BY-NC-ND 2.0

In the age of social media, limitless opportunities have emerged to use this landscape for public diplomacy. A highly capable yet under-utilized platform within this system is Instagram, which encourages user-generated...

Some might find it surprising that the leader of the oldest institution in the Western world is determined to shape the course of tech development. Pope Francis is actively engaging with world leaders and corporations on...