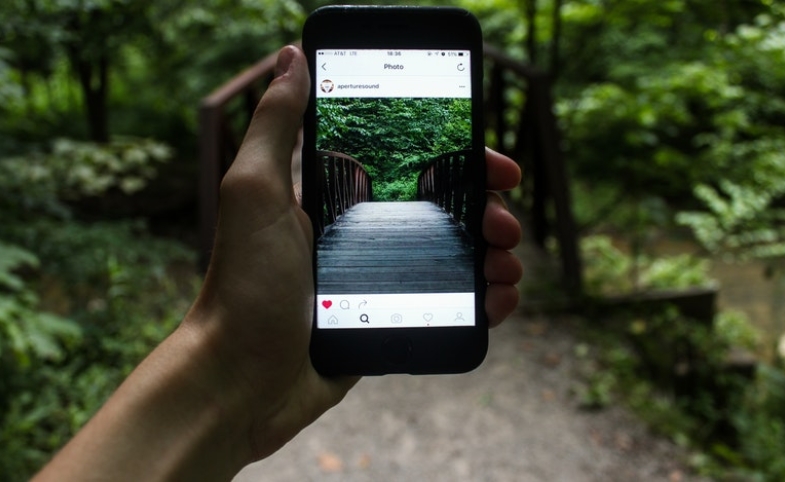 In the age of social media, limitless opportunities have emerged to use this landscape for public diplomacy. A highly capable yet under-utilized platform within this system is Instagram, which encourages user-generated content that can be organized by both hashtags and location data, with around one billion monthly users. As the importance of establishing a nation brand for diplomatic relations increases, so too does the benefits of using new media to do so.

While the former powerhouse of social media diplomacy, Twitter, collapses into a frenzied circus in the "alternative facts" era, the usefulness of Instagram is becoming far more apparent. This potential lies in its strong focus on image-based content, unique from the other major platforms where chunks of text are more prominent. Studies show that people are more likely to retain and recall information learned from images rather than actual words. The private sector has known and utilized this for years, with major corporations such as Target, Starbucks and Nike designing their logos to be just as recognizable as their actual name. And what’s to say a country can’t do the exact same thing?

Take, for example, the images published to Instagram by the official White House photographers under the Obama Administration compared to Trump’s. A vital aspect of nation branding is the perception of the current leader, and Pete Souza’s photography exemplifies the cultivation of such an image. In the form of seemingly candid scenes, we saw the president being a family man, meeting with everyday citizens, and leading the American people with “rolled-up sleeves and a [gentle] expression." This imagery achieved its goal, ensuring the general public felt as though they were receiving exclusive insider photos that affirmed he was doing the job correctly.

In stark contrast, Trump’s White House Instagram focuses almost entirely on hard power imagery, through standing in front of airplanes with severe expressions and unashamedly self-interested sound bites. These images, rather than ensure any perception of strength, imply weakness behind the façade, leading to some of the most famous photos associated with his presidency being the most scathing. With both presidents having pictures taken by their photographers go viral for such contrasting reasons, we see that the images uploaded to this platform heavily influence the general public.

Now with this in mind, how can governments go beyond merely being smart with camerawork in their use of Instagram diplomacy?

This notion of nation branding via Instagram is also present in the Duke and Duchess of Sussex’s account which, since its opening in April 2019, has departed considerably from the structure of the Kensington Royal account. While Kensington posts almost entirely photos of the royals themselves, Sussex sandwiches images of Meghan and Harry between posts about their various charitable endeavors and social justice, constructing the perception of the Royal Family as highly philanthropic. This shift to a more informal structure and a clear focus on humanizing imagery has worked well, with the account breaking both the record for fastest to reach one million followers and to reach one million likes. All in all, Instagram has become a prominent tool of nation branding through this handling of imagery.

Now with this in mind, how can governments go beyond merely being smart with camerawork in their use of Instagram diplomacy? Naturally, the country that revolutionized pop-culture diplomacy, Japan, is one of the first to leap into Instagram diplomacy campaigns. Beginning in March 2017, the Japan National Tourism Organization (JNTO) worked collaboratively with Instagram to develop the #UnknownJapan campaign, with the goal to increase tourism, spending, cultural appreciation and investment.

The early stages of this campaign consisted of "InstaMeets," where local users in various parts of Japan were invited to meet-ups to learn about the campaign. Through this "content crowd-sourcing," the hashtag was used by these local users to promote the landscape and cultural richness of every part of Japan, including the less traveled regions. The tag’s growth from this first step lead to content creators with large followings having an incentive to use, and subsequently promote, the hashtag, continuing to boost it. This method is quite unconventional for a tourism marketing campaign, as few would take the risk of having such little control over the campaign’s narrative.

This leap of faith with such a unique campaign style proved worthwhile though, with there being a 12.5 percent increase in international travelers to Japan by April 2018 and #UnknownJapan hosting 331k posts as of writing this piece. This jump is especially remarkable considering how low-cost the actual campaign was, due to the lack of production fees for marketing materials or advertising.

In this case, Instagram users saw content generated by their peers, rather than curated by the government through some external marketing agency. By utilizing the knowledge that society will be more interested in images over words and the voices of "real people," this campaign encourages an authentic space and solidifies a positive nation brand for Japan. JNTO representatives articulated these factors being their goal from the start of the campaign, dubbing Instagrammers that use the hashtag "private ambassadors" for the country. The opportunity for more nations to apply this idea that anyone can be an ambassador via digital media, could, in the future, produce many more unique and impactful public diplomacy campaigns via Instagram.

So, as the Japanese Ambassador to Indonesia, Ishii Masafumi, receives upwards of ten thousand likes per post for his regular sampling of local Indonesian cuisines, Instagram has indisputably proven its potential as a means of public diplomacy, nation branding and generally connecting figures of influence with the general public. It’s now up to Ministries of Foreign Affairs and diplomats globally to learn to use this platform to its fullest capabilities.

Instagram has fast become an integral part of the travel experience. From waves of people sharing their travels, to the growing number of travel influencers who make a living inspiring people to visit new destinations, the...