Home|Can the U.S. Embassy in Libya Bridge the Divide with Facebook? 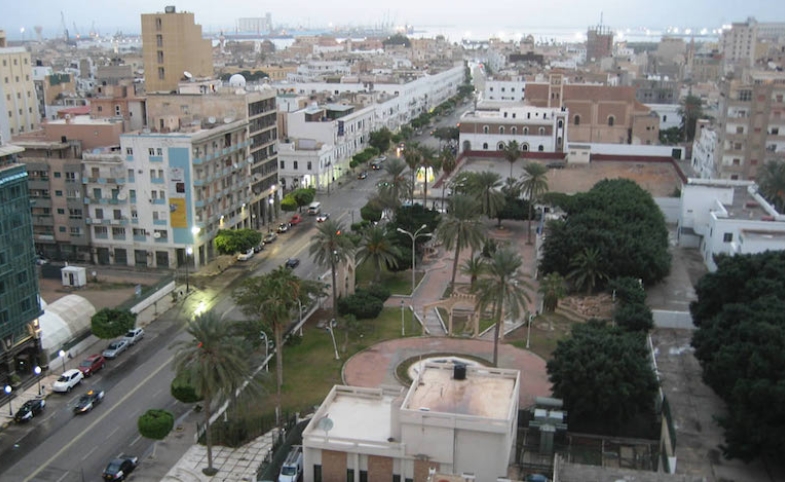 Can the U.S. Embassy in Libya Bridge the Divide with Facebook?

Since the election of President Donald Trump, literature has noted a decline in U.S. public diplomacy. Daily, Trump tweets insults and critiques of leaders and citizens of other countries, while U.S. embassies around the world attempt to do damage control. To the onlooker, these divergent approaches and messages come across as contradictory. One place this is particularly true is in American public diplomacy efforts toward Libya.

The U.S. and Libya have a long and complicated history, especially dating back to Muammar Gaddafi’s leadership. After Gaddafi took power, he quickly expelled U.S. military bases from Libya. Relations spiraled further when Gaddafi began engaging in acts of state-sponsored terrorism. On April 5, 1986, there was the bombing of the LaBelle Disco in Berlin, Germany, which resulted in the death of three people, including two U.S. soldiers. Former President Ronald Reagan quickly accused Libya of responsibility for the bombing, citing intercepted communications between Tripoli and East Berlin. Ten days later, the U.S. responded with an air strike on Tripoli. Reagan summarily labeled Gaddafi the “Mad Dog of the Middle East.” Other bombings ensued, including the 1988 terrorist bombing of Pan Am 103 over Lockerbie, Scotland, which resulted in the death of 270 people, including 190 Americans. Libya was subjected to years of sanctions by the U.S., the UN and many countries. In the end, it was the people of Libya who suffered the most, leaving many Libyans jaded about American foreign policy.

The Libyan revolution was an opportunity for the U.S. and Libya to turn over a new leaf. The U.S. government supported the UN and NATO initiatives in Libya, which ultimately resulted in victory against the pro-Gaddafi forces and the death of Gaddafi at the hands of the Libyan people. The U.S. government provided millions of dollars in aid and was initially optimistic about Libya’s transition to a democracy. However, relations turned for the worse when U.S. Ambassador Chris Stevens and three others were murdered on September 11, 2012 at the U.S. Consulate in Benghazi. Since its revolution, Libya has been struggling to recover with ongoing military skirmishes and terror attacks by Islamist groups. As conditions deteriorated, the U.S. Embassy in Libya moved their diplomatic staff to the U.S. Embassy in Tunisia.

The value of this initiative is that it shows the power of social media to be a conduit of education and diplomatic bridge-building.

In January 2017, President Trump issued a travel ban on individuals from seven Muslim majority countries, including Libya. This travel ban restricts travel for business and tourism but allows some exchange and student visas. There is still a great deal of confusion around this, leaving many Libyans currently in the U.S. afraid to travel home for fear of not being able to return and others giving up hope of any prospect of traveling to the U.S., even for education.

In recent focus groups with Libyans in the U.S., participants shared how the current travel ban has impacted their views of America. Some shared feelings of increased prejudice against them since Trump’s election. They also shared that they felt Libya was being unfairly singled out for the travel ban. This sentiment was also reflected in Libya and caused the government in eastern Libya to say, “This dangerous escalation, which puts Libyan citizens in one basket with the terrorists the army fights, will force the Interim Government to adopt only one option—the principle of reciprocity.”

With ongoing tensions, the U.S. Embassy in Libya is attempting to leverage the soft power of citizen diplomats. On September 25, 2018, the U.S. Embassy Libya launched the USA Café group on Facebook. The group description says it is “a space where you can interact with Americans, discuss different topics and get to know America and the American culture.” This group currently has over 1900 members and student interns, and embassy staff hold Facebook Live talks on culture, holidays, sports, business and historical events. Some of the talks have been done in Arabic, but most are done in English by student interns at U.S. universities.

The value of this initiative is that it shows the power of social media to be a conduit of education and diplomatic bridge-building. Participants regularly ask questions and provide feedback to the speakers. Libyans also post pictures of different parts of Libya. However, the comments and feedback are not always positive and sometimes appear to reflect the ongoing turmoil in the country. Information shared about exchange and education programs in the U.S. seem to be the most popular among the Libyans, with many eagerly seeking information on how they can go to the U.S. However, one has to wonder whether this kind of project sends mixed messages to Libyans who are well aware of the travel ban. At times, I have seen Libyans ask questions about why the U.S. is not doing more to help in Libya with its ongoing security and development issues. Another Libyan shared about being accepted to a U.S. university program and the concerns they have about the visa interview process and how to navigate it. Unfortunately, there was no reply to these questions.

This initiative serves an important purpose of trying to promote more positive images of the U.S. among Libyans. Since the majority of speakers are university students, the clear target demographic for this group is Libyan students. However, based on the numbers of participants active in the group it still has a way to go in terms of making any real impact. The process could be improved by having the administrators follow up with answers to the questions being asked. The hosts could also encourage bidirectional dialogue by having Libyans share about their culture, holidays, religion and history as well.

In the end, any efforts to improve relations with Libya are an important step. However, it cannot be ignored that historical conflict and perceptions of unfair treatment will continue be a factor driving Libyan views of the U.S.