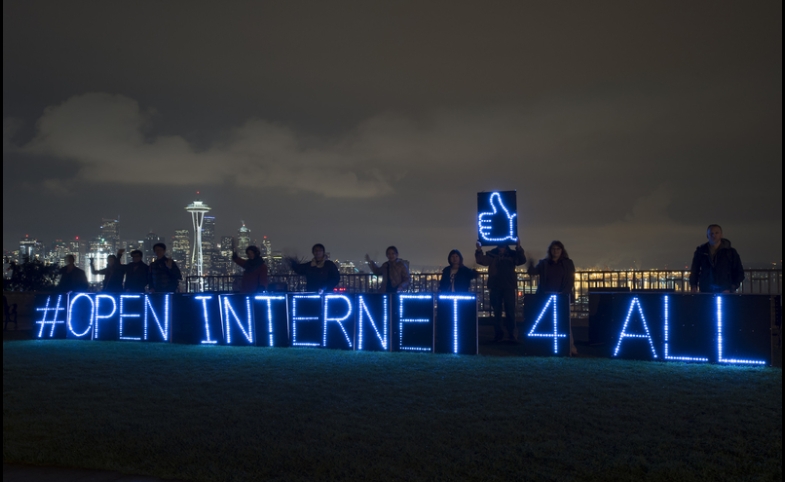 Last week I had the opportunity to participate in a conference held by the Ditchley Foundation focusing on the question "Will we still have a single global Internet in 2025?". This question seems increasingly relevant given that various nations have begun to segment the global Internet. One obvious example is China, who has erected a great firewall in order to censor the information which is available to Chinese netizens.

Other nations are also segmenting the global Internet by limiting access to various Internet platforms and Internet-based services. Such is the case with Iran, where Internet users must use special routers in order to circumvent government blockage of various sites. In Cuba, opposition websites are still blocked, while Russia and Turkey have taken to blocking social media sites such as Twitter, Facebook and, more recently, LinkedIn. Other countries that are exploring possibilities to limit Internet access include Saudi Arabia, Venezuela, Ethiopia, and Hungary.

The main concern for those dealing with Internet governance is that the trend of Internet fragmentation may soon gain further momentum due to three factors. The first is the growing number of cyber-attacks against nations which may prompt governments to erect national firewalls. The second factor is China's building of Internet infrastructure in both Africa and Latin America. Such infrastructure may be used by countries to create their own great firewalls. Finally, the rise of right-wing governments across Europe may be seen as a rebuke to globalization. As the Internet is the tool of globalization, right-wing governments may wish to assert national control over the Internet.

One way to engage in a truly global conversation about the future of the Internet may be to adopt the term digital rights and seek a universal definition of such rights.

Currently, Internet governance experts and civil society groups are seeking to link Internet access to the Universal Declaration of Human Rights (UDHR). The logic behind this policy lies in the fact that the UDHR has been adopted by a majority of nations and is seen as a framework that enables both democratic and non-democratic governments to discuss issues relating to the protection of human rights.

However, linking the right to Internet access with universal human rights also has many challenges.

Ensuring that the Internet remains global necessitates a global conversation. This means that nations who regard the Internet as a possible threat must also be seated around the negotiation table. This includes China, Russia, Iran, and Saudi Arabia, to name but a few. However, framing the discussion about Internet access as a human right might prevent these very nations from joining the conversation. This is due to the fact that they often regard the term "human rights" as a Western and democratic precept to which they do not adhere. Additionally, the issue of human rights is often employed in order to attack these nations, their governments and their policies.

It is therefore possible that these nations may soon come to view the discussion about the global Internet as yet another pretext to attack them. This will not only prevent China from engaging in the conversation, but may actually lead it to oppose the notion of a global Internet and to continue blocking the free flow of information and opinion.

A possible solution may lie in the concept of “digital rights.” One way to engage in a truly global conversation about the future of the Internet may be to adopt the term digital rights and seek a universal definition of such rights. This term has the advantage of not provoking immediate opposition among non-democratic nations or governments who are increasingly wary of the Internet’s power.

At this time, Western counties also have yet to agree on a definition of this term. Thus, the attempt to create a Digital Bill of Rights may require a much-warranted discussion on the relationship between citizens who use the Internet, their governments, and the private sector.

For instance, does one have a digital right to understand the manner in which Google algorithms shape one’s access to knowledge and news? If so, will Google be willing to adopt a policy of algorithmic transparency? I do not refer here to Google sharing its actual algorithm, but to a willingness to explain to users what they see on Google and what they don't. Similarly, does one have a digital right to access only factual news and not fake news? If so, can we demand that Facebook review all news-related posts? Or demand that Firefox adds a toolbar for detecting fake news?

Additionally, does a citizen have a digital right to determine how his or her personal data is used by the state? For instance, can a government hospital use big data gathered from citizens receiving medical aid? And may the government sell citizens' data to third parties, such as private insurance companies?

An attempt to define the term digital rights, and to draft a Universal Declaration of Digital Rights, may be a way to bring global governments, global civil society groups and global Internet companies to the negotiating table in order to openly discuss their respective duties and rights. It would take a true partnership between all three groups (government, civil society and private sector) to ensure the Internet remains global and open.

Indeed, such a conversation may also lead to a discussion about human rights, as the two are intrinsically linked. Yet it would do so without alienating the very nations who are fracturing the Internet.

The only question that remains is: Which country and foreign ministry would be willing to lead this effort?

Photo by The Backbone Campaign I CC 2.0

Danish free speech advocacy group Freemuse has released its annual report, “Art Under Threat,” documenting the state of global artistic freedom in 2016. The report showed a sharp rise in attacks and censorship, with 1,028...

Taking Stock of WikiLeaks and Cablegate: A “Napster Moment” for Government? Drip, drip, drip… For analysts of both public and traditional diplomacy and international relations, the gradual...