Should public diplomacy policy-makers turn to digital diplomacy tools for the future of practice? I ask this question to provoke some reflection among public diplomacy watchers beyond the quick criticism of tweeting ambassadors and social media campaigns. There seems to be some debate over whether or not digital media practices represent the future of US public diplomacy. Just check out the comments section on the announcement of Macon Philips taking over the position as Coordinator of International Information Programs. Philips brings his experience working in the Obama campaigns, which successfully leveraged social media to achieve a political objective (i.e. win an election). And yet, you get the sense from detractors that digital engagement advocates ignore how audiences have always been complicated, literate consumers of information - regardless of media platform. I am not sure what this amounts to: a critique of using new media forms for public diplomacy, or, a critique of claims made by its proponents about the requirements of influence today.

Still, I don’t think it’s right to dismiss the rhetoric of novelty surrounding digital diplomacy as simple faddism. Clearly something is happening in the field of diplomatic practice related to technology. Diplomats, NGOs, and other actors see digital platforms as a crucial element of how they shape and target the narratives they want to promote and the relations they want to cultivate.

Yet how we talk about the benefits, the dangers, and the misapplications of communication technology for public diplomacy is laden with implicit arguments of what can and should be possible through communication media in the service of public diplomacy: the enduring tensions between the competing imperatives of influence, understanding, and cultural relation-building.

Recent investigations analyzing the United States’ use of social media for public diplomacy suggest that we should revisit the assumptions that technology (i.e. information and communication technology) plays in the logics and practices of U.S. public diplomacy. By raising this question, I do not intend to provide yet another critique of diplomats using social media badly - such as questions raised about the use of Facebook by the U.S. Bureau of International Information Programs. What I find interesting about such concerns is how wide-ranging the critiques are. It’s too expensive. It’s ineffective. It’s somehow antithetical to the purpose of public diplomacy. Such arguments reveal that the strategy of public diplomacy (still) remains an open field to speculate over norms and purpose - with ample space for anyone with an agenda to let loose on public diplomacy practitioners.

But as USC argumentation scholar G. Thomas Goodnight contends, the spaces of controversy are generative - meaning we should look at them to understand how the meaning of the terms involved are being defined, argued, and stabilized (however tentatively). The semantics of public diplomacy coalesces from the blogs, reports, legislation, and importantly, practices that inform debate over how the U.S. should engage with foreign publics. Part of this debate inevitably involves attention to technology - the media platforms of relation-building, advocacy, and influence. What has emerged from discussion about public diplomacy and social media that might tell us something about the persuasive qualities of technology? A questioning of technology invites a larger inquiry into the nature and purpose of public diplomacy itself, and represents a good place to start questioning how we are thinking about the meanings attached to technologies lifted out of their social context, and into the realm of foreign relations.

It is tempting to approach the question with skepticism. For example, Evegeny Morozov’s extensive critique of technological rhetoric spans a range of topics, including public diplomacy. What I think is important about his work is his attention to how so-called “affordances” are rhetorically endowed upon technologies like the “Internet,” and that there are broader social consequences to the academic theorization about such technologies. Morozov heaps much of his critique on those academics who position technology as a pivotal (and often ambiguously described) catalyst in contemporary social and political theory, that is ushering a host of profound changes to how we govern, forge relations, and sustain markets. For this kind of rhetoric in public diplomacy, read Alec Ross’s speeches. Regardless of whether you buy into Morozov’s agenda wholesale, an important aspect of his critical view is that we should pay attention to the discourse that defines the powers of technology in ways that displace, efface, or otherwise transform social institutions.

Tarlton Gillespie’s article on the “Politics of Platforms” nicely highlights this kind of thinking.For Gillespie, the rhetoric of significant stakeholders in the communications industry works to shape the floating signifier of “platform” in ways that privilege market position and relations with the government. Technology “platforms” are as much a rhetorical construction as they are applications, infrastructures, and programs. They are packed with enthymemes about a technology’s purpose, values, and effectiveness - unspoken conclusions we have accrued over time about how important these platforms are. Social media technology in public diplomacy, to borrow from Alexander Wendt’s over-used constructivist catch-phrase: “is what you make of it.”

Ok. Back to the question. Does technology persuade?

Technology matters, regardless of whether you believe in the hype that surrounds its use for public diplomacy. In service of critique, it may help to start questioning how technology’s anticipated powers get in refracted through the lens of those who would seek to extract benefit. One way to answer the question would be to follow Gillespie’s advice. Facebook, for example, is not prima facie “persuasive” so much as it is actively built up by a variety of vocal actors as central, pervasive, and otherwise important to public life. It may also be persuasive, because network or audience analysis reveal some form of impact on the flow of influence between people or groups.

What I suggest is to probe a little more into the assumptions about how a technology “persuades” - in order to think more clearly about how platforms (e.g. Twitter, Facebook, etc.) carry inherent capacities to persuade as much as the expectations we place onto these platforms. Then, we can revisit the question of whether technology persuades in ways important for the purposes of public diplomacy.

The question “does technology persuade” is admittedly ambiguous, as is it implies the need for at least two clarifications. One the hand, it means that technologies enable persuasion - it is a vehicle or medium somehow separate, yet imbricated, in the transaction that results in someone being persuaded. On the other hand, technology could also be persuasive in itself. For example, we believe messages because we receive them from friends via text messages. Or we saw an argument on a trusted blog. These may be hard to disentangle. Technology could persuade through the concatenation of “message” with the procedure encoded into how the medium is used (something video game theorist Ian Bogost describes as “procedural rhetoric”).

S. Shyam Sundar, Jeeyun Oh, Hyunjin Kang, and Akshaya Sreenivsan argue in a literature review that social scientific attention to how technology impacts persuasion is “surprisingly slim.” It represents either a “channel” (a term that evokes information-based models of communication), or it is a “bundled environment with inherent constraints.” We’re back to the key tension. Do messages (arguments, stories, images, etc.) become more likely to produce an effect given the medium of delivery? Or are they thus more likely to “persuade” because technologies are so embedded in social relations that have their own structural quality to produce an influence effect. To paraphrase James Carey, we might reframe the question: does technology persuade because of its “transmission” capacities, or, because of the “rituals” we engage on a daily basis on Twitter, Facebook, our smartphone, etc.

Social scientists have explored a number of what we might call peripheral or contextual impacts. For example, a message that could appear more “participatory” (like a blog post with a comments field) might be more attractive as a result of some cognitive heuristic prompted by the delivery platform. Communication technologies might also be more persuasive because they allow more user agency with the information, or possibly because they offer more vivid environments within which users might “self-persuade.”

When we start to sift through the different ways “persuasion” figures in research, it becomes clear that there are many more unresolved questions. As Sundar, et al argue, “we still don’t know how and why persuasive technologies work.” This doesn’t mean some haven’t tried to figure this out in the context of public argumentation.

Why the question matters for public diplomacy

Since I’m not usually in the business of experimental design, I am not seeking any definitive statement about the relationship of technology to persuasion - as there are clearly a number of ways that inducement manifests across how we communicate with each other. In the case of public diplomacy, however, the question of persuasion and influence becomes more complicated by the pressures that policy-makers put on public diplomacy. The question of whether technology persuades conceals the assumptions that get freighted onto what policy-makers expect public diplomacy to accomplish with new communication technologies. 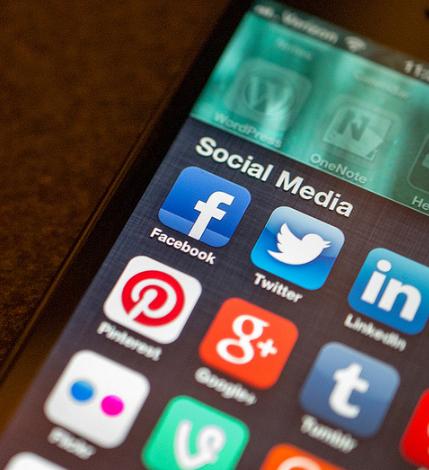 Practitioners confront increased pressure to demonstrate impact and effectiveness. But as much of the public diplomacy scholarly literature reveals, public diplomacy in practice can mean a lot of things: Relation-building, attitude change, the consideration of alternative information, the building of social capital, political warfare, etc. Resistance to advocates calling for more technology in public diplomacy can rightly decry the air of “solutionism” that often pervades calls for US digital engagement. But at the same time, there should be a more serious introspection over (a) how “traditional” public diplomacy practices can be legitimately augmented by new media platforms and (b) how qualitatively new forms of diplomatic practice might be emerging in ways that challenge our definition of “public diplomacy.”

For examples of this kind of thinking, see the Hocking, Melissen, Riordan, and Sharp “Futures of Diplomacy report.”