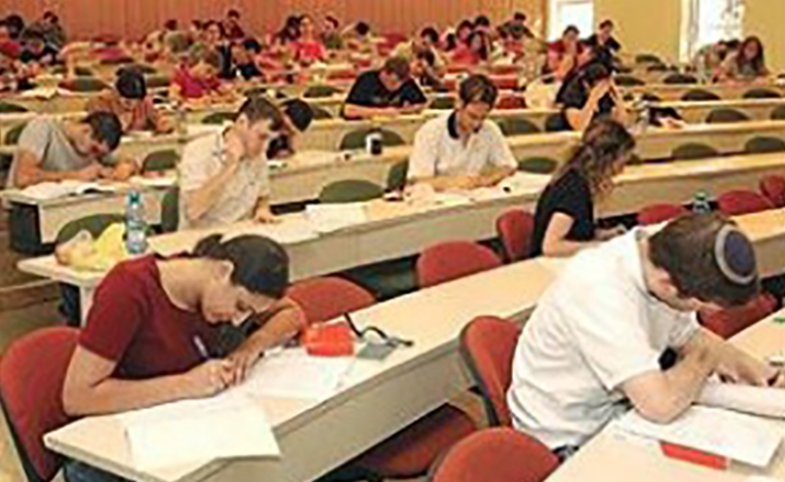 Nancy Snow
COMMENT
Print as pdf
Currently, some 1,500 American university students study in Israel each year. The MASA program, which is part of the Jewish Agency, hopes to boost those numbers considerably so that one day they are on a par with places like London and Paris, where tens of thousands of young Americans go to spend a semester abroad each year.
The Jerusalem Post, September 16, 2010

Over a quarter of a million American students participate in study abroad programs each year, a four-fold increase in the last two decades to the present 262,416.  According to the Institute of International Education’s eight new university exchange agreements with American universities, including Columbia’s Barnard College, Washington University in St. Louis, Arizona State University, University of Florida and Michigan State.  All will receive seed grants of $50,000 to promote study abroad to Israel. The goal is to double the number of American student exchanges to 3,000 by 2013. According to the website of the Jewish Agency, “MASA, the Hebrew word for ‘Journey,’ is a strategic partnership between the Jewish Agency and the Government of Israel with an extraordinary vision: to dramatically increase the number of young Jews ages 18-30 from around the world on long-term Israel programs and forge a life-long connection to Israel and the Jewish people.”

Study abroad initiatives like MASA are not just for an individual’s personal fulfillment, cultural enrichment, resume padding, or professional development.  They also have national security and policy objectives.  Governments working with private agencies in such public-private partnerships have a goal to enhance the image of that host country in the eyes of the visiting student.  The short-term outcome may be developing personal relationships with Israeli students and citizens.  The long-term goal is to support Israeli foreign policy and strengthen U.S.-Israeli bilateral relations.  This personal growth to policy objective continuum is no different from any country that seeks international students at institutes of higher education.  The distinction with Israel is that its public image is infused with security concerns and an ongoing conflict between Israelis and Palestinians.  Any international student in Israel must be open to immersion in debate that will ensue over internal politics and policies.

As a young Fulbright student to the Federal Republic of Germany, I too was immersed in the hostilities to the Reagan administration policies in Western Europe.  To many young German students, I was the personal “face” of U.S. foreign policy and a perfect opportunity for them to vent their frustration with the Republican in the White House.  I did not share any of the Reagan policies but it didn’t matter.  Sometimes international students act more as a sounding board for host citizens whose only alternative is to yell at their television or throw out a newspaper in disgust.  Wherever I went, I did not shy away from any political discussions, as political science was my field of study so I was comfortable with the often-heated exchanges in dialogue.  For international students not normally engaged in political discussion, the rigors of political debate discussion in the Middle East and Europe can be eye-opening.  I tell all my overseas-bound students to Europe to read as much in advance about politics in the region so that they will feel prepared for the likely questions and comments about U.S. foreign policy.  (This was especially the case with the presidency of George W. Bush so unpopular overseas.)
East Asia and Southeast Asian study abroad destinations like China, Japan and India are increasingly on the rise with American students.  India, the world’s largest democracy, holds soft power superpower strength in diversity and pluralism.  A sabbatical semester in Beijing in 2007 at Tsinghua University’s School of Journalism and Communication, convinced me about China rising and this being China’s century (with the acknowledgement that the 20th was the American century).  Following the 2008 Beijing Olympics and the subsequent collapse of the financial markets in the United States, many young scholars and professionals set their sights now on Asia rising. 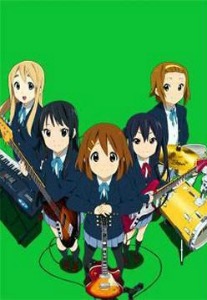 Japan has had a sluggish economy for more than a decade and an unusually public apology of its Tokyo CEO before the U.S. Congress following problems with sudden acceleration in some Toyota models.  Yet it thrives as a soft power superpower in anime, manga (Japanese-language comics) and cultural “cuteness,” as exhibited by the omnipresence of Hello Kitty and Harajuku fashion.  The 2009 Oscar-winning best documentary, The Cove, the controversy around Japanese whaling, and the growing dissent about American troop presence in Japan have raised the level of political discussion and tension to new levels, but the U.S.-Japan relationship remains strong and is fueled by one of the most active and enduring international exchange communities in Japan, including the Fulbright and the Japan Exchange and Teaching Programme (JET) programs.  Japan is also seeking stronger cultural diplomacy ties with its major strategic energy partner Iran where plans are underway for joint exhibits and an exhibition of Iranian art in Japan. 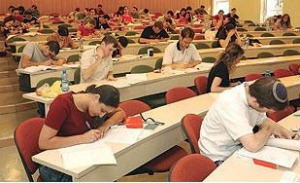 Despite the positive growth in American students going abroad, a curious pattern endures.  Just over 4% of American students spend a full academic year overseas.  Much more common (56%) is an 8-week sojourn, summer break, or January excursion, suggesting that a full cultural and language immersion remains the exception and not the rule.  This may explain why Senator J. William Fulbright, author of the Fulbright educational exchange legislation in 1946, remained a lifelong proponent of yearlong student exchanges.

The international student in the United States is likely to stay for a much longer duration and earn an undergraduate or graduate degree.

Nearly three times as many international students come to the United States (671, 616) as American students go overseas.  The international student in the United States is likely to stay for a much longer duration and earn an undergraduate or graduate degree.  The University of Southern California is the number one host institution in the U.S. for international students at over 7,400, a top position USC has held for over eight years.  While California remains the most popular destination for international students in general, New York’s Columbia University and New York University follow closely behind USC.  Part of the reason for the U.S. domination as a host exchange site is its advantaged position as a nation where English is the primary language of education and business.  Other countries are now recognizing the national prestige power of the English language, including the Republic of Georgia, whose pro-Western president Mikheil Saakashvili initiated a new exchange program of 350 foreign teachers called “Teach and Learn in Georgia.”  Its objective: train young Georgian schoolchildren how to speak English in four years.
The academic study of international educational and cultural exchange is almost non-existent outside of those in speech and human communication studies who research cross-cultural communication at the interpersonal micro level.  Those of us engaged in political and international communication and public diplomacy research must recognize study abroad at the macro level as a form of exchange power with as many national security outcomes and influences as any defense expenditure. Exchange of persons events for cultural, educational, artistic, or even international athletic competition as with the FIBA World Championship in Turkey carry a host of motivational factors.  Trade, security, energy policy, regional and national prestige and influence are influence dynamics in what makes people cross borders.  If we truly want to walk the talk of Murrow’s famous refrain, the last three feet, then we who study public diplomacy in practice need to raise the academic profile of these exchange relations.

Alexey Fominykh, professor at Volga State University of Technology in Russia, has published a new article. The piece, Russia’s Public Diplomacy in Central Asia and the Caucasus: The Role of the Universities, assesses...