Home|A Feminist Reformulation of Joseph Nye’s Question: What is Moral in Foreign Policy? 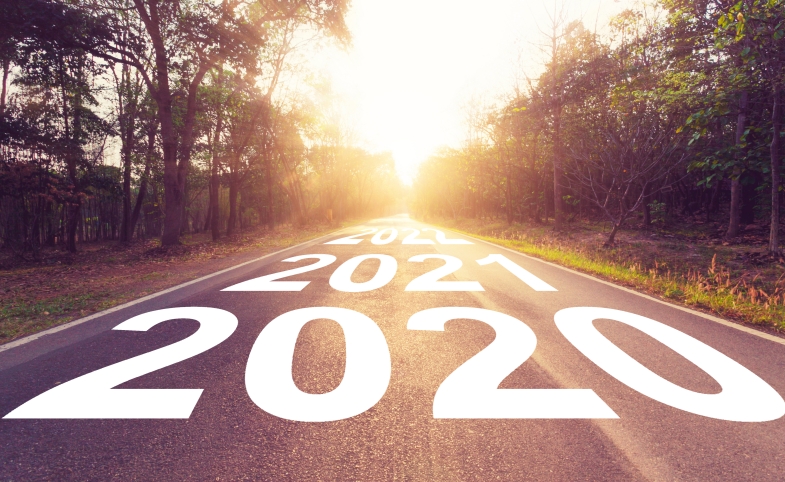 A Feminist Reformulation of Joseph Nye’s Question: What is Moral in Foreign Policy?

In this coronavirus era, if we are fortunate, we find ourselves with time to read and contemplate what kind of world we are reshaping. What will the future hold? Will a new normal be something close to the old normal? I certainly hope not. We the people of this blue planet weren’t doing a spectacular job through 2019. We put economic growth and bloated military budgets before public health. While observing the chaos and confusion, I sought out connection to women scholars in international relations. In the last few years while living in Japan, I had moved my research interests to gender diplomacy. The early insights from feminist IR scholars helped inform this new agenda.

It was while reaching out to a number of these women IR scholars and within this shelter-in-place contemplative context that I became interested in reading about our moral selves. Joseph S. Nye’s new book from Oxford University Press, Do Morals Matter?: Presidents and Foreign Policy from FDR to Trump, seemed the perfect start. The Amazon promotion for the book is enviable, referring to the book as “an exercise in normative thinking applied to every President since 1945.” Walter Isaacson, a distinguished fellow and former CEO of the Aspen Institute and professor of history at Tulane University, said in a review that “Joe Nye is one of our foremost and engaging analysts of diplomacy, and in this book he provides a clear-eyed guide for reengaging our moral compass.” Walter Isaacson has published over 30 books, mostly about other great men (Steve Jobs, Einstein, Leonardo da Vinci, Kissinger) and even a book called The Wise Men: Six Friends and the World They Made, as well as People of the Century: One Hundred Men and Women Who Shaped the Last One Hundred Years. Nye belongs on that list of great people in international relations from the last century to the current.

Up until a few months ago, Nye was on a global book tour to promote his morals and foreign policy book. I shared a quick email exchange with him in February to say that the novel coronavirus (as it was still called then) was the largest negative exchange program in history. An energetic 83, Nye is the dean of my fields of specialization, public diplomacy and global persuasion. Outside of USC diplomatic historian Nicholas J. Cull, who co-edited the Routledge Handbook of Public Diplomacy with me, I know of no other leading scholar who can succinctly and clearly explain the linkages between persuasive communications and international relations. Mr. Soft Power has heavily influenced our understanding of how nations attract through appealing values and norms.

I’m a strong believer in discourse and dialogue in international relations. This is why I elected to write Joe Nye again the end of April to say that there was a gender gap in moral foreign policy that needs filling. It’s much bigger than social-distancing gaps. You could drive a semi-trailer truck through it. I titled my email, “A feminist reformulation of your question, ‘What is moral in foreign policy?’” And here is the gist of what I said.

In Nye’s article published by Texas National Security Review, “What Is A Moral Foreign Policy?,” one will not see gender or feminism mentioned. You will find the word "engendered." Women with agency, with voices in international relations, are largely invisible, as are women scholars. If women are referenced at all, it is often in the context of statistics (gender equality gaps, womenomics) or violence against women (#MeToo). Both of these categories reinforce women as subjects—to be acted upon by outside forces and interveners.

So what is a moral foreign policy if gender mattered and if women even counted in international relations and diplomacy? My response to Nye’s work would look at this question holistically and inclusively, in keeping with his purpose to compare different moral foreign policies.

Nye’s discussion of ethical consequences­—or, what’s good for us must also be good for others—illustrates the shared power of feminist concepts that challenge anarchy and the rational actor models.

I told him I would discuss values and principles as national interests using a forensic rhetorical approach. He stated that values and principles are national interests just as are access to oil, military sales and regional stability. Then he poses the question: “How can these two categories of interests be combined?” My response is, “Why are we combining these categories in the first place?” There are embedded values and principles in militarism, including military sales. Past habits of nations make the marketplace of organized violence a power-driven division of labor. The most prominent values are domination and control, which translate into how bigger and more powerful “superpowers” stockpile weapons to project power onto lesser nations. We do the same dance between bigger and more powerful people, mostly men, who use physical strength, domination and control to overpower women. A line needs to be drawn between domestic and international violence.

Joe Nye’s discussion of ethical consequences­—or, what’s good for us must also be good for others—illustrates the shared power of feminist concepts that challenge anarchy and the rational actor models. He may not have realized what a feminist he is!

When I was in graduate school at American University’s School of International Service I was left wanting by our assigned readings. We were taught Morgenthau’s Politics Among Nations like it was divinely inspired. Realism seemed so sterile and lacked soul. Morganthau wrote like the international lawyer that he was. Fortunately he spoke out against the insanity of the Vietnam War and argued that American self-interest was best defined by nonintervention if the organized violence is on behalf of conservatives and fascists opposing radical reform and revolution.

In time I discovered books that filled in knowledge gaps. There are many foreign policy principles and values that emerge from feminist scholars such as Cynthia Enloe’s Bananas, Beaches & Bases and Does Khaki Become You:? The Militarization of Women’s Lives, to J. Ann Tickner’s A Feminist Voyage in International Relations and Christine B.N. Chin’s Cosmopolitan Sex Workers: Women and Migration in a Global City. Blanche Wiesen Cook’s three-volume set on the life of Eleanor Roosevelt confirms that even when unelected, women have served in presidential (executive) roles that heavily influence the men in charge. So let’s reimagine that subtitle: Instead of Presidents and Foreign Policy from FDR to Trump, we add this: Presidents and Foreign Policy from FDR and ER to Trump. As soon as you change the title, you change the agency. The change in agency changes perception, and the persuasive appeal.

Women scholars, especially feminist, are often cast as radical because they offer unconventional wisdom. The conventional wisdom continues to come from men. As Eleanor Roosevelt said, “Too often the great decisions are originated and given form in bodies made up wholly of men, or so completely dominated by them that whatever of special value women have to offer is shunted aside without expression.” I’m not sure if she would be pleased at our stilted gains in international relations theory and discussion.

In 2000, I was excited to come across John Arquilla and David Ronfeldt’s discussion of noopolitik and the noosophere that challenge realism. I consider their holistic, sustainabile, moral- and ethics-driven insights to be important, albeit underappreciated. This is why Nick Cull and I chose to include a 20-year update to their original RAND monograph in the second edition of the Routledge Handbook of Public Diplomacy.

The entire monograph on moralism in foreign policy is high on the list for feminist potential. Isn’t morality conventionally associated with women? As Ellen Willis says, “For women, life is an ongoing good cop-bad cop routine.” This applies to minorities as well. Just cooperate, we’re told, and we’ll go easy on you. Women cooperate, go along, smile, get along, make peace, listen and conduct our expected duties as moral leaders. We’re told that “men will stop at nothing” in matters of the birds and bees, therefore, we must act modestly so as not to provoke punishment at worst or unwanted attention at least. This is a form of good moral reasoning about consequences (pregnancy, rape, domestic violence). We’re ambassadors and diplomats, not equally in office, but in expected tone and tact.

Joseph Nye’s soft power concept is a feminist creed with its attraction, nonviolence and nonintervention associations.

The bottom line is that moralism is not the exclusive domain of men and their "tough" decision-making models of foreign policy. I realize now that gender informed my understanding of who is in control nearly 30 years ago. Right after I completed my Ph.D. in international relations I became a Presidential Management Fellow in foreign policy. I had job rotations at the United States Information Agency and the U.S. Department of State. The Department of State was where the big dogs were—the men making foreign policy. USIA, with its motto, “telling America’s story to the world,” was full of mostly women staff. We were like the sorority sister who shows up to hand out flyers and posters about the event. Of course neither institution could compete in resource or rank with the Pentagon.

Joseph Nye’s soft power concept is a feminist creed with its attraction, nonviolence and nonintervention associations. Soft power and institutional power (e.g., UN’s WHO, CDC, private-public partnerships) are redefining divisions of agency between men and women.

Now what do you suppose Joe Nye said in response? He thanked me for my thoughtful letter and added: “I think a feminist reformulation would be very interesting and urge you to do it. There is no single or final wisdom on morality and foreign policy. I have had my try; now others should fill in what I missed.”

Now that’s all the encouragement I needed.

In the COVID-19 era and the pandemics to follow, I predict that women will gain much more power and visibility in international relations through our reconstituted global society and new definitions of how we define security—away from methods of mass destruction—and toward methods of mass protection. We will exercise our gender diplomacy roles. We will not shrink from stepping forward, becoming leaders in international relations, and we will not let our invisibility today impact our visibility tomorrow.

Currently, some 1,500 American university students study in Israel each year. The MASA program, which is part of the Jewish Agency, hopes to boost those numbers considerably so that one day they are on a par with places like...