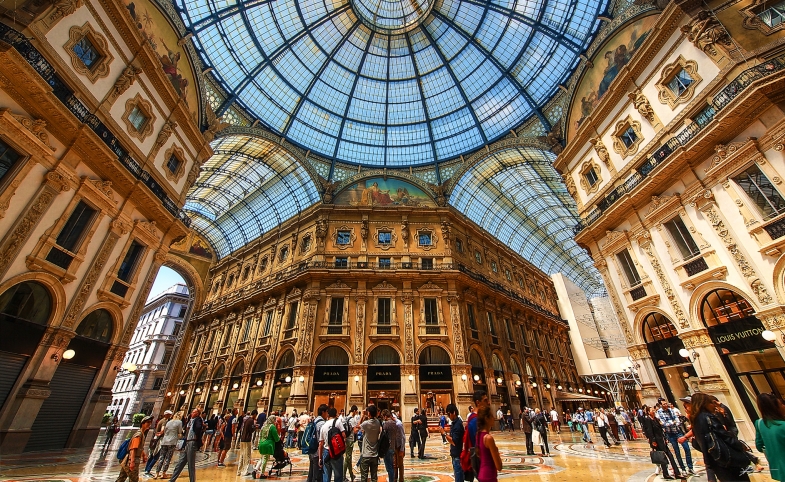 The World Expo remains a state-driven enterprise. But it increasingly involves a widening array of actors and networks. And global cities are now among the key players in this multifaceted mega-event.

The current world’s fair, with the theme “Feeding the Planet, Energy for Life,” shines a bright light on its host Milan. Besides taking the opportunity to spruce up the city, Milan is building an alliance of world cities to develop policies and practices in support of a more equitable and sustainable local food system.

More than 40 cities have already signed on for the program, The Urban Food Policy Pact, which advocates and coordinates an international protocol to guide cities’ food policies based on principles of sustainability and social justice. This will be a main feature of the cities summit at the Expo on the World Food Day on October 16.

Whether the initiative will deliver any substantive impact is too early to tell. The last World Expo in 2010 produced the Shanghai Declaration on urban development. It doesn’t seem to have translated into any significant concrete action.

Nevertheless, the growing role of global cities on the world stage is unmistakable. These vibrant cities not only shape international perspectives of the countries they represent, but more importantly are beginning to tackle global challenges from climate change and immigration, to the health and well-being of our citizens.

As Ivo Daalder, president of the Chicago Council on Global Affairs, recently wrote, “While not sovereign, global cities are increasingly independent—driving policies that stimulate wider change.”

The potential and role of cities in diplomacy and international affairs has inspired academic debate and research attention. A few years ago, I published a paper examining the role of sub-national actors in global engagement and public diplomacy. The questions I raised in the paper include: Can public diplomacy still be primarily performed by the nation-state? Should such a function be shared with other social institutions, such as sub-national actors? If so, what are the roles of sub-national actors in managing international relationships and interactions? Are certain modes of engagement more appropriate and effective at the local level than at the national level?

...The growing role of global cities on the world stage is unmistakable. These vibrant cities not only shape international perspectives of the countries they represent, but more importantly are beginning to tackle global challenges from climate change and immigration, to the health and well-being of our citizens.

There is general agreement that cities have both the interest and capacity to play a bigger role in global affairs. At issue is what role(s) they can and ought to play. This is also an important empirical challenge for researchers in terms of documenting and explaining the role types and their impact. Potential roles could span from awareness raising, agenda building and norm-setting, to institution building and structural changes in certain issue domains, such as urban food policy in the Milan case. Are these new roles for cities to take on or simply improved, expanded roles based on existing roles? Are they replacing roles traditionally played by other (national) actors, or are they sharing roles with other actors? The Milan project may provide an illustrative case for analyzing these complex, unfolding dynamics.

Indeed, contemporary soft power is increasingly generated and exercised from bottom-up rather than through a top-down model in an earlier era. City diplomacy embodies the broadening of the public diplomacy landscape.

The Israel Pavilion, themed "The Fields of Tomorrow," includes three areas with video presentations, and a vertical garden. In the first area, a host welcomes visitors with a multimedia show. Through video,...

Relying on the idea of education for innovation, the Angola Pavilion encourages audience engagement through active participation. The 20,000 sq ft structure built completely from natural, sustainable materials provides a...