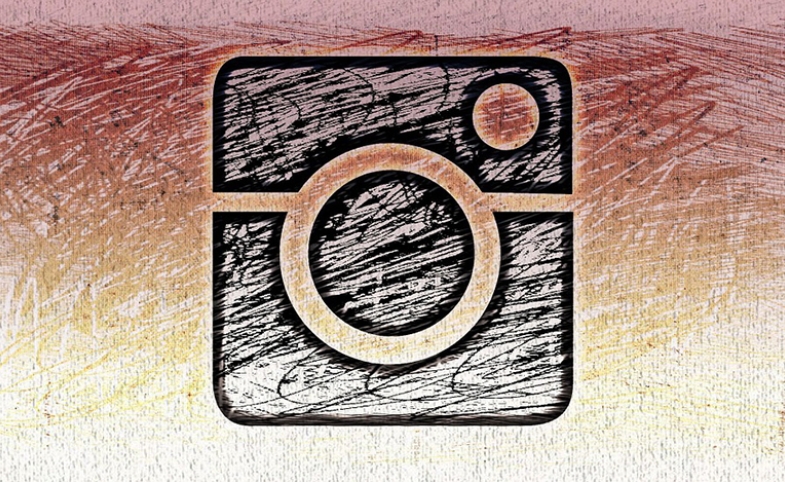 Recent weeks have seen tensions between the U.S. and Iran reach fever pitch. While the Trump administration has warned Iran not to commit any acts of provocation, or attack American interests in the region, Iranian officials have vowed to defeat America in any future war. With tensions quickly escalating, the U.S. has decided to withdraw all non-essential personnel from neighboring Iraq while also deploying new forces in the Persian Gulf. Although U.S.-Iranian relations have deteriorated over the past two years, some wonder why the two nations have reached an impasse at this specific point in time? Why have the winds of war begun to blow in May and June of 2019?

One answer might be that the Trump administration feels that it has "made its case" against Iran, and has thus legitimized the use of force to topple the current Iranian regime. Unlike the prelude to the Iraq war, in which Colin Powell presented America's case against Iraq at the U.N., the Trump State Department has sought to indict Iran in the court of Instagram public opinion. Indeed, over the past few months the State Department has been investing considerable digital resources in framing the character of the Iranian regime. This framing, which consists of three main themes, is analyzed in this blog post as well as the images employed by the State Department. The analysis of the images employed by the State Department is crucial given that Instagram is a visual medium.

The first theme comprising America's framing of the Iranian regime focuses on its reach. According to the State Department, the regime does not settle for oppressing its citizens and denying their freedoms. Rather, Iran is a global actor whose activities extend far beyond its borders. In one Instagram post, the State Department visualized Iran's global network of financial institutions used to sell oil to the reprehensible Assad government in Syria and finance Hezbollah terrorists in Lebanon. Another post focused on Iran's support of the Houthi rebels in Yemen while still another accused Iran of de-stabilizing Iraq and supporting Palestinian terrorism.

These posts, combined, depict the Iranian regime as a direct threat to U.S. interests in the Middle East and as a threat to the stability of the region. Moreover, they transform Iran from a rogue state to a global state whose malicious activities easily transcend borders. Subsequently, the threat that Iran poses to the world is made evident while America's activities are framed as a commitment to global security and stability. The posts comprising this theme may be seen below.

The last post published in the theme of Iran's Global Reach warrants attention because of its visual resonance. The image consists of a clock watch running backwards while a red banner outlines America's demands of Iran. The visual resonance that this image elicits is that of a time bomb ticking back to detonation as is demonstrated below. This resonance signals that the Iranian regime is running on borrowed time.

The second theme comprising America's framing of Iran is a moral one. According to the State Department, the Iranian regime prohibits freedom of speech and freedom of the press; suppresses all forms of political dissent; abuses its citizens; accepts corruption on a national scale and indoctrinates children who become child soldiers. The Iranian regime is thus depicted as the antithesis to the U.S., which has historically framed itself as a champion of human rights, freedom of speech and democracy.

Images comprising this theme can be seen below. The final image, of indoctrinated children, is compared to pictures used by Western media when reporting on ISIS.

The final theme focuses on Iranian leaders. In a long series of Instagram posts, these leaders are depicted as corrupt kleptocrats who further abuse the Iranian people. One of these is the Sultan of Sugar who made billions flooding the market with expensive products. Another is a billionaire who made his fortune through corrupt construction contracts. Notably, in these pictures the images of Iranian kleptocrats are in black and white while a red banner presents their name. These images seem to resonate with U.S. "Wanted" posters published by the F.B.I. 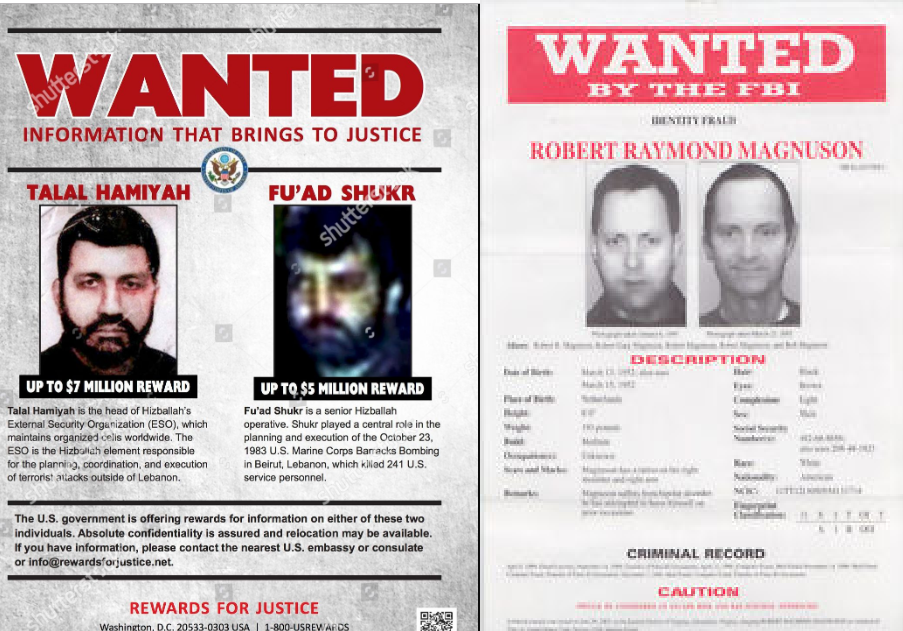 Finally, the State Department framed the most appropriate solution to the struggle against Iran's regime—internal and external resistance. Even the solution to the Iranian threat seems to resonate visually with other images of resistance, such as the one depicting U.S. Olympic medalists raising their fists in protest of inequality and racism in America. The opposition to Iran is thus framed as one more step in America's long stride towards equality and justice. 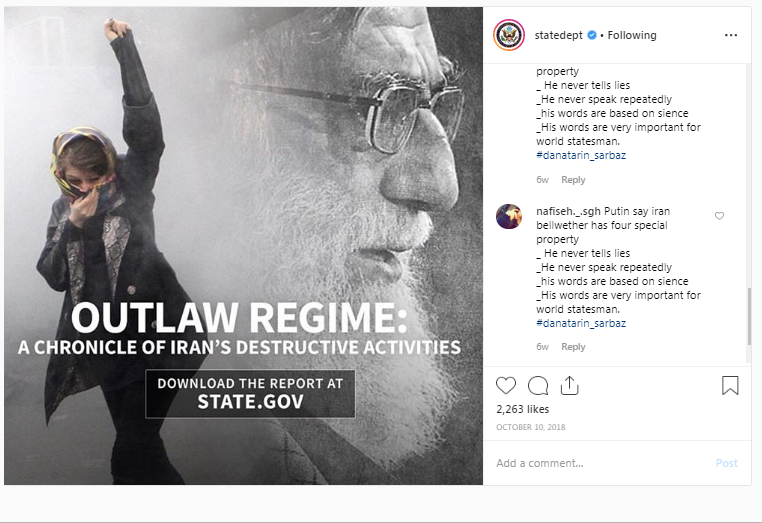 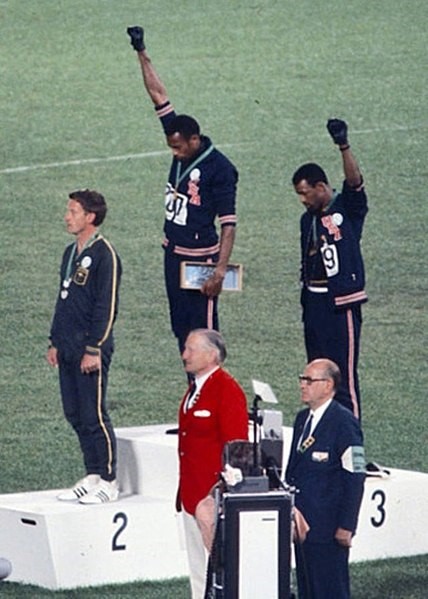 This blog has suggested that the U.S. State Department uses Instagram to indict the Iranian regime. Rather than send the American Secretary of State to the U.N., the U.S. now presents its case against directly to an online demos. As part of its framing of Iran, the State Department employs images that resonate visually with pictures that are familiar to target audiences. Some are iconic pictures, such as the U.S. athletes raising their fists in the air, while others are pictures that have been used repeatedly by the media. This visual resonance conveys the framing of Iran. Iran's leaders are "wanted" for crimes against the Iranian people. The regime, which indoctrinates its children, is running on borrowed time. The response to its crimes is internal and external protest. And so, the image is the medium on Instagram.