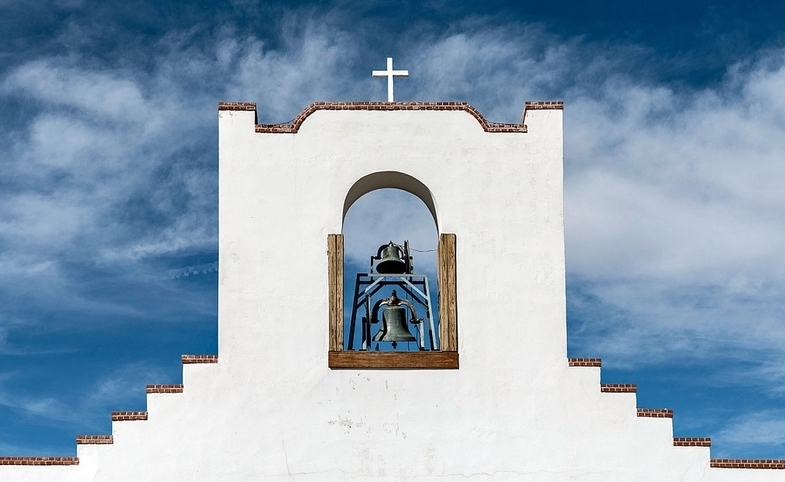 Mission trips have been a significant part of religious life for years. Churches around the United States use these trips to reach foreign publics, either to spread their religious beliefs by proselytizing, or purely by engaging in a service project in another community to do good.

Recently, I had the opportunity to travel with my church, South Hills Burbank, to Puerto Penasco, Mexico to build a house for a family in need through 1Mission. 1Mission is a community development organization dedicated to helping families obtain new houses through community service. To earn a home, families must work a certain number of hours in their neighborhoods in any variety of areas – they could teach sewing classes, work in medical clinics and community gardens, raise awareness for health and wellness, participate in building a house for one of their neighbors, or all of the above. Once they’ve completed their hours, 1Mission, in partnership with the many churches that work alongside them, puts together a team to build their home in three days.

Globalization has brought about increased religious transnational activity around the world. “Transnational Religious Connections” by Robert Wuthnow describes religious transnational connections as flows of people, and of “goods, services, information, money, and other material resources.” He estimates that 1.6 million people participate in short-term mission trips to a foreign country each year, creating those transnational networks that give religion a presence in international affairs.

So how can mission trips connect cultures and foster a sense of understanding of foreign publics?

Aside from the obvious tangible impact these service trips have on the local community and its residents, short-term mission trips can greatly affect those actually participating in the service project.

Mission trips offer participants a chance to engage with foreign publics in an experiential way. Instead of visiting Mexico for vacation where a visitor would likely stay in a resort town without much interaction with the local public, short-term missionaries are thrust into a community where they may experience firsthand conditions of inequality, low-quality medical care, or lack of industry. The chance to work deeply within these communities offers Americans an inside look, not only to another culture, but to the idea of privilege, and what it means to be born in the United States. These trips can foster meaningful connections between people from different backgrounds, opening the door to understanding and acceptance.

When this faith isn’t put into action, the work of the church is halted, and it cannot influence change, it cannot affect cultural relations, and it cannot reduce the barriers we as humans put up between us, and those not like us.

Engaging in short-term mission trips can also influence previously held attitudes or beliefs. “Researching the Short-Term Mission Movement,” which surveyed a group of short-term missionaries who traveled to Tijuana, found that a single week “has the potential to bring about major changes in attitudes” toward the culture they were visiting. Additional research should be done to determine whether this change is short or long-term. But regardless, churches should continue to put emphasis on short-term mission trips and continually send new congregants abroad so that the conversation about understanding the global public and its cultures isn’t fleeting, but is sustained.

Churches involved in mission trips also have the opportunity to become open-minded citizens of the world. If participants can focus on reducing their innate ethnocentrism, or what researchers Priest, Dischinger, and Rasmussen describe as “when individuals internalize the culturally contingent values of their own social group and develop a preferential loyalty to their own ‘in-group’ and its culture, along with negative opinions and attitudes towards out-groups,” through engagement in mission trips, perhaps the church can be a beacon of change in international relations, an example of what it means to become culturally aware and accepting of differences.

The research found that this concept of ethnocentrism was actually minimized after a short-term mission trip. Even if this is a temporary effect, as the researchers suggest it might be, attitudes can change after these trips, especially when trips are paired with cultural training to help participants better understand the culture. Christians have a duty to live out their faith – to love your neighbor as yourself. But when this faith isn’t put into action, the work of the church is halted, and it cannot influence change, it cannot affect cultural relations, and it cannot reduce the barriers we as humans put up between us, and those not like us. It takes living out one’s faith to make a difference, and that can be done through short-term mission trips impacting communities around the world.

Globalization has made an impact on the way religious transnational actors engage with the world. Through the use of non-profit organizations and NGOs, churches can partner with reputable organizations within local communities, which fosters a sense of trust between locals and visiting missionaries. In the case of 1Mission, members of the community hoping to receive a house are often part of the building process for their neighbors’ homes, which instills in them a sense of ownership and belonging. They trust the 1Mission name because they’ve seen the work the organization has done in their own neighborhoods, and therefore, are trusting of the churches who come to work alongside 1Mission. Working with a local non-profit organization means having a steady presence in the community, which is highly important to maintaining religious transnational connections.

One of the main lessons I learned from my trip to Puerto Penasco was that regardless of country, background, income or life experience, a sense of community still exists in the families and neighborhoods we visited. It doesn’t matter that the neighborhoods were impoverished and the families struggling – it doesn’t take away from their humanity, their dreams, their hopes for the future. The sense of community I witnessed in Mexico was the same sense of community I feel in Los Angeles. Families and neighbors play together, interact together, and love one another. Community is human nature, and it’s ultimately what binds people from different walks of life together for a more understanding and compassionate world.

Mission trips can benefit both the church involved in service, and the community being serviced. Connections are made, stereotypes are diminished and an understanding of foreign publics can be gained. For the church to encourage cross-cultural engagement and acceptance, they must continue to rely on transnational networks as a way to live out their faith through engaging with the world.

Photo by tpsdave I CC 0

I Was a Stranger & You Welcomed Me: The Church & Immigration

Immigration, always a hot topic in the U.S., has recently become the focal point of President Trump’s first weeks in office. In response to his travel ban, which suspends the refugee program and prevents immigration to the...