Home|I Was a Stranger & You Welcomed Me: The Church & Immigration 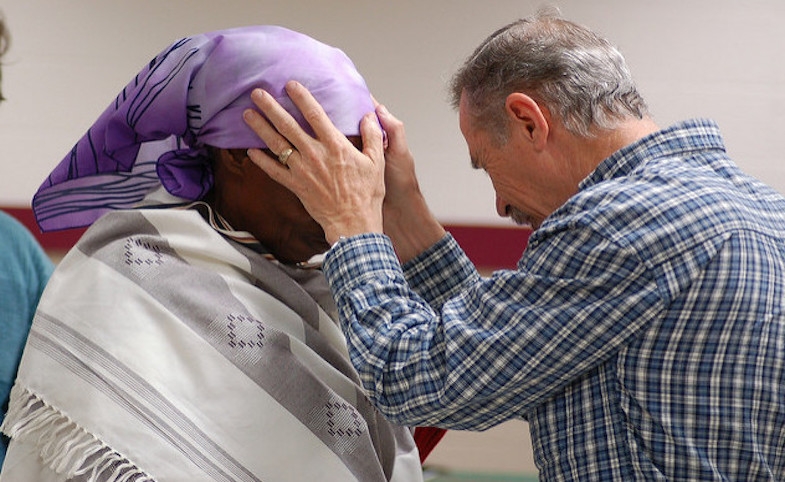 I Was a Stranger & You Welcomed Me: The Church & Immigration

Immigration, always a hot topic in the U.S., has recently become the focal point of President Trump’s first weeks in office. In response to his travel ban, which suspends the refugee program and prevents immigration to the United States from seven predominately Muslim countries, a variety of groups and organizations have spoken out about what it means to be American, how we should move forward with immigration, and what intrinsic values are essential to the success of the United States. While the 9th U.S. Circuit Court of Appeals in San Francisco has refused to reinstate the ban, it's likely the issue is far from over.

Sanctuary cities publicly reinforced their positions on the protection of undocumented residents throughout the election. Other organizations and companies have made their dissent with President Trump’s proposed law clear, also including one group standing up for the rights of all citizens: the church.

Unfortunately, the church’s stance is largely ignored in the media, with coverage favoring how major corporations, Silicon Valley CEOs or Super Bowl ads respond to immigration. Perhaps if more people focused on the church’s message of love, they’d see that religious organizations have spoken out to offer sanctuary and support to the immigrant community using a variety of tactics: arguing against specific legislation, using biblical and faith-based evidence for acceptance, and making connections between all members of the church family, regardless of background. In addition, Christian politicians who are proponents of the travel ban may want to pay attention to how their brothers and sisters in faith are reacting according to the principles set forth in scripture.

Below is a sampling of the Christian groups who have responded to the immigration and refugee crises.

The United Methodist General Board of Church and Society submitted a statement to the House immigration subcommittee in 2015 after an undocumented immigrant shot and killed 32-year-old Kathryn Steinle in San Francisco, a sanctuary city. The statement, while offering condolences for the tragic loss of life, urges committee members to separate the act of gun violence from the issue of undocumented immigration. The church's statement is significant because it takes a firm stance on the issue and includes examples of legislation the church opposes, including the intention of the federal government to effectively abrogate the safety and security of sanctuary cities.

The connection between “an act of hope and love” and the church is clear in scripture. Christians are called to “love thy neighbor,” and one only has to look to biblical evidence to see where the church is coming from when tying faith to immigration.

The United Methodist Church website also provides resources on the topic of immigration, and the 2008 General Conference, where members of the church convene to discuss church policies and stances on social issues, called for comprehensive immigration reform. The United Methodist Women have come together to oppose discrimination of immigrants and have called for an end to President Trump’s refugee ban. The CEO vehemently voiced her opposition:

“Today, we affirm this history by calling on the United States to protect men, women and children fleeing war, famine, drought or persecution. We denounce calls to refuse refugees based on national origin and to turn away Muslim refugees…We oppose any new U.S. policy that would cut the number of refugees we have agreed to welcome, and any policy that would prevent refugees from selected countries being resettled or exclude religious groups.”

Members of the Catholic church are also fervent supporters of pro-immigration policies. In a blog from the United States Conference of Catholic Bishops' Department of Justice, Peace and Human Development, Most Reverend Eusebio Elizondo urged, "As a family, we take care of each other and our neighbors. Catholic parishes, schools, hospitals, and social service ministries care for immigrants every day… We’ve been helping integrate immigrants into American life since Catholics first arrived on our shores. This is what we do."

Elizondo's statement emphasizes the church's core ministry and emphasis on serving neighbors, offering support, and tying people together as a part of one family. Additional Catholic bishops and leaders are currently speaking out about the President’s travel ban, including Bishop Joe Vasquez, the chairman of the United States Conference of Catholic Bishops’ Committee on Migration. He states:

"We strongly disagree with the Executive Order's halting refugee admissions. We believe that now more than ever, welcoming newcomers and refugees is an act of love and hope.”

The connection between “an act of hope and love” and the church is clear in scripture. Christians are called to “love thy neighbor,” and one only has to look to biblical evidence to see where the church is coming from when tying faith to immigration. For example, Mark 12:31, “Love thy neighbor as yourself,” and Matthew 25:35, “For I was hungry and you gave me food, I was thirsty and you gave me drink, I was a stranger and you welcomed me.”

In Berkeley, CA, the Universal Lutheran Chapel has been offering sanctuary to residents in fear of deportation. The offer from the church came a month after the city of Berkeley adopted a resolution to provide sanctuary for migrants and refugees. Pastor Jeff Johnson denounces leaders who "advocate openly about building walls,” and as a faith leader, Johnson uses his position to encourage others to take action to support and provide protection to immigrant neighbors based on the principles of faith.

Additional faith leaders outside these churches are also steadfast in their opposition to the travel ban. Evangelist Ed Stetzer, who holds the Billy Graham Distinguished Chair at Wheaton College, wrote an op-ed in The Washington Post pleading with Christians to not let “alternative facts” drive our refugee policies, and explained how Christians must proceed:

“God’s people should be the first ones to open their arms to refugees. We should welcome them and do what Christians, in your church and mine, have been doing a long time — showing and sharing the love of Jesus with them.”

Additional bishops, pastors and leaders have argued in favor of religious equality and against discrimination in the form of policy by providing sanctuary, releasing pro-immigrant statements, denouncing legislation and sending letters to lawmakers. Many American churches are recognizing that as faith leaders and followers of Christ, they must follow the very principles that form the foundation of their religion to begin with: ideas about inclusion, openness, forgiveness, solace and hope. Perhaps if the U.S. focused more on Christianity’s response, they would stop viewing religion as a partisan issue, and instead, look at religion as a source of comfort for those looking for refuge.