Home|Looking for God at the Milan Expo (Part 1) 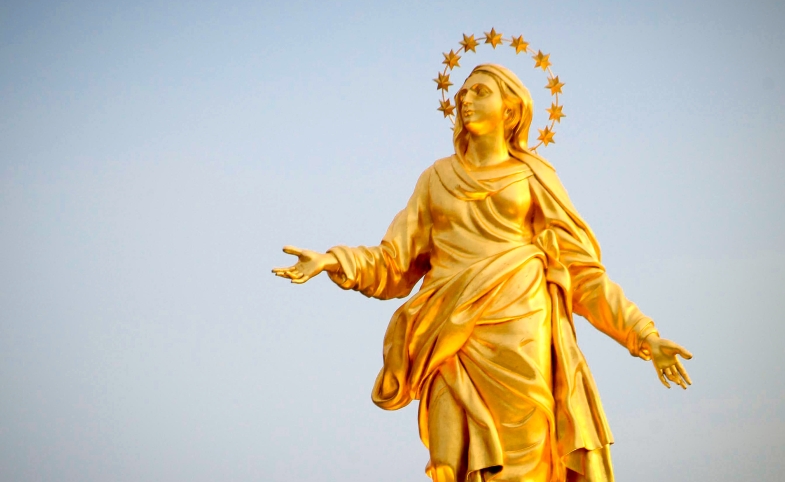 Note from the CPD Blog Manager: This blog is part one of a two-part series.

A universal exposition like the one currently unfolding in Milan on the theme of “Food: Feeding the planet, energy for life” can be too sprawling and diverse an event to digest. Sometimes a single theme can illuminate the whole thing. With this in mind, back in 2010 I used the lens of religion to examine the expo then taking place at Shanghai. That exercise began as a study in significant absence (though Iran did its best to compensate) but it ended as something more. I argued that the old time protestations of religious zeal as a core of national self-representation, which once had put the Christian cross on so many European national flags and missionaries at the fore of so many countries interactions with the wider world, had now shifted into the realm of environmental policy. It seemed then that the west was in danger of exchanging their ‘holier-than-thou’ perspective of the past for a counter-productive ‘greener-than-thou’ attitude in the 21st century. Five years later, with the opening of the Milan Expo, I could not resist repeating the exercise. What I found included some surprises.

In contrast to Shanghai, it is not hard to find signs of God in Milan. God has his own pavilion: the exhibit erected by the Vatican. The pavilion of the Holy See in Milan is architecturally spare but no less powerful. Its entrance evokes folds of gold and white fabric as found on the Vatican’s flag. Its title is ‘Not by bread alone,’ which came from the famous observation of Jesus ‘Man does not live by bread alone but by every word that proceeds from the mouth of God.’  (Matthew 4:4) The text is printed on the wall of the pavilion in multiple languages. Inside, the pavilion has three elements: an exhibition of photographs raising issues of social justice which show scenes of war, violence, and suffering; a striking version of the Last Supper by Tintoretto; and a giant table with a videoscreen top featuring images of food. In keeping with the practice of the canniest practitioners of public diplomacy, the pavilion seeks to stimulate dialogue with visitors. A sign near the exit invites visitors to connect online and send in their own responses to the theme. The best – it promises – will be published in a special anthology. There was an unexpected development in the process of planning the pavilion.  The incoming Pope – Francis – made it clear that he didn’t think the church should be spending money on such frivolous things as Expo installations. The result was both to underline the presence of the pavilion while reaffirming the present pope’s commitment to social justice (which helped the pavilion's message). The Holy See took part in the expo much as any other nation state participant. It celebrated its National Day on 11 June with a visit from a cardinal who endorsed the humanitarian approach and even – like all the best pavilions since expos began – gave out souvenirs. I was happy to receive a Pope Francis fridge magnet, more especially after the publication of the Pope’s path-breaking environmental encyclical ‘Laudato Si’’ (Praise be: on the care of our common home) on June 18.

The Catholic tradition had more than one bite at the Milan Expo cherry, thanks to the presence of pavilions representing civil society besides those of nation states. The three most obviously religious were the installation erected by Milan cathedral, which focused on a magnificent replica of its newly restored golden statue of the Virgin Mary; a pavilion for the church NGO Caritas (a network of 164 Catholic charities from around the world) which advanced access to food as a human right; and a pavilion from the Salesian organization also known as the Don Bosco Network. John ‘Don’ Bosco is a local hero -- priest, educational pioneer, and saint – whose bicentennial falls in 2015.  The network which bears his name is an international alliance of educational organizations, and their pavilion aimed to draw young people into issues of food justice and sustainability. Caritas and Don Bosco extended the Vatican pavilion’s message that the business of the church and, indeed, all people was the welfare of their fellows. Civil society pavilions without a religious angle included a brilliantly executed offering from Save the Children Fund which worked to much the same ends.

The Holy See...– like all the best pavilions since expos began – gave out souvenirs. I was happy to receive a Pope Francis fridge magnet, more especially after the publication of the Pope’s path-breaking environmental encyclical ‘Laudato Si’’ (Praise be: on the care of our common home) on June 18.

There is an old question in setting the level of religious observance: ‘Why be more Catholic than the Pope?’ The answer may be found at the Palestinian pavilion, a small building in a group zone dedicated to ‘arid’ countries which, unlike the Vatican and Catholic civic society pavilions, contained many Christian icons and indeed consisted almost exclusively of them. In Shanghai, Palestine missed the mark, branding itself only in terms of ongoing suffering and its conflict with Israel. A central feature was a giant digital portrait of Yasser Arafat made out of tiny pictures of recent Palestinian history. The Chinese had no interest. Wise pavilion designers seek to present that which is relevant to the audience rather than themselves, and in Milan, Palestine dedicated its entire space to a celebration of the olive tree, sacred in all three of the Abrahamic religions. In practice, this meant giving the pavilion over to the sale of olive-wood religious knickknacks – nativity scenes, rosaries, crosses inscribed with the Lord’s Prayer and the like -- and posters for the ‘Holy Land.’ While one assumes that the chief motivation for the choice was the experience of exporting to Italy, the pavilion was clearly about more than trade. While no one could forget that the majority of Palestinians are Muslim, the assertion of the overlapping Christian heritage of the place was clear, and the pavilion could be expected to disrupt the usual European assumptions about the cultural ‘otherness’ of Palestinian life. It was as good a use of the space as the airport gift shops/snack bars offered in other group area micro pavilions, but like most of the other micro pavilions it was empty of visitors.

Part two will be posted later this week.

Some might find it surprising that the leader of the oldest institution in the Western world is determined to shape the course of tech development. Pope Francis is actively engaging with world leaders and corporations on...