Home|Malaria Elimination: The Role of Public and Private Leadership 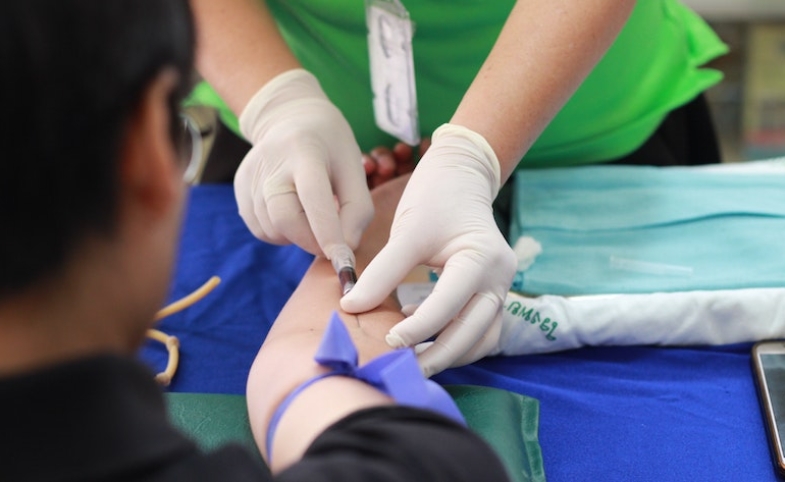 Malaria Elimination: The Role of Public and Private Leadership

The defining challenges of the 21st century exist beyond borders. They are global in nature, addressed only through collaborative effort. One such challenge is malaria. There have been ups and downs in the struggle to eliminate the disease, and at present, the world’s fight against malaria is at a critical juncture. Malaria once threatened billions of lives throughout Asia and the Pacific. But, with a series of smart investments in malaria control—backed by political commitment to ending malaria for good—countries in the region have halved the number of malaria cases and deaths in less than fifteen years.

Despite unprecedented progress, malaria elimination has never been more urgent. In the countries surrounding the Mekong region, existing malaria medicines are starting to fail due to emerging resistance. The world experienced a similar pattern in the 1960s, when malaria had been almost eliminated from countries in Africa and Asia using chloroquine, initially an effective drug. But by 1990, resistance to chloroquine had spread to all continents, leading to a global resurgence increasing child mortality by up to five times in some countries. If we fail to eliminate malaria, we may see history repeat itself.

A problem without borders requires a borderless solution. In 2013, at the East Asia Summit, the leaders of eighteen countries in Asia Pacific attempted this with the creation of the Asia Pacific Leaders Malaria Alliance (APLMA). The Alliance was designed to strengthen and align efforts to fight malaria; improving coordination, facilitating greater collaboration, and ultimately eliminate the disease by 2030.

In effect, APLMA is the embodiment of a regional approach to solving global challenges. The Alliance serves as shining example of what the East Asian nations (ASEAN+8) can do when they come together to progress a common goal. Supported by increased domestic financing and shared political leadership, the initiative has helped drive change for the better in the fight against malaria.

While it sounds counter-intuitive, progress to date in combating malaria—pushing it out of thriving regional capitals—means the disease is also becoming an increasingly invisible scourge in Asia Pacific. It now mostly affects the poor and marginalized populations in the region. As the disease falls down the list of nations’ priorities, it makes it all the more difficult to sustain essential political and financial commitments.

Over the past 70 years, malaria has resurged more than 30 times when efforts to fight and control the disease have slowed. And when malaria comes back, it hits populations who are more susceptible to the disease.

APLMA is working to guard against this deadly complacency settling in again. But this is a problem that cannot be tackled by the public sector alone. In addition to working effectively across national borders, eliminating malaria requires sustained collaboration between the corporate, public and philanthropic sectors.

By turning business leaders into champions for malaria elimination, their impact will go well beyond the money they raise. The strength of the M2030 initiative lies in the broad and unique set of partners that constitute this new network, including: the Tahir Foundation from Indonesia; the DT Families Foundation from Thailand; the Global Fund to Fight AIDS, Tuberculosis and Malaria; Shopee, a leading e-commerce platform in Southeast Asia and Taiwan; the Dentsu Aegis Network; and Yoma Strategic Holdings from Myanmar. More corporate partners are joining M2030 in 2018 and 2019.

Together, the partners will reach millions of people over the next few years, to mobilize resources for programs that will help bring an end to malaria, as well as propel the public awareness needed to keep the political commitment alive.

Large corporations in Asia have their fingers on the public pulse, reaching millions of consumers through their marketing and social media platforms. By leveraging these, the M2030 movement will seek to educate the public about the benefits of elimination.

These are still early days for M2030, but the unique combination of business leadership, public engagement, and a smart strategy to drive results, has the potential to yield huge results for social change and serve as a pathfinder for solving other global challenges.

APLMA partners with private companies in numerous countries, including India, Thailand and others in the Mekong region, and has embarked on a new initiative to bring the full weight of the private sector in Asia to bear on the malaria end-game. The latest vehicle for this international network of partners, M2030, is both a brand and movement that brings corporations and consumers together to fight malaria.

Founded by APLMA, M2030 partners can use the brand for campaigns, products or services. In return, they pledge funds to fight malaria in the countries where the money was raised, working with the Global Fund as a fiduciary partner. But, M2030 is about much more than simply driving malaria funding.

Large corporations in Asia have their fingers on the public pulse, reaching millions of consumers through their marketing and social media platforms. By leveraging these, the M2030 movement will seek to educate the public about the benefits of elimination. Reaching the emerging urban middle class—Asia’s growth engine—ensures they are as informed and committed to elimination as their governments are.

Note from the CPD Blog Manager: This piece, written by Benjamin Rolfe and Patrik Silborn, originally appeared in the 2018 Soft Power 30 report.

Benjamin Rolfe is Chief Executive Officer of the Asia Pacific Leaders Malaria Alliance. He was the Pacific Lead Health Advisor at the Australian Department of Foreign Affairs and Trade from 2013 to 2014.

Patrik Silborn is Senior Director of Financing and Resource Mobilisation at the Asia Pacific Leaders Malaria Alliance. He was Head of the Private Sector Engagement Department at The Global Fund from 2014 to 2017.