Home|Popularizing the Ukrainian Language through the Audio Guide Project 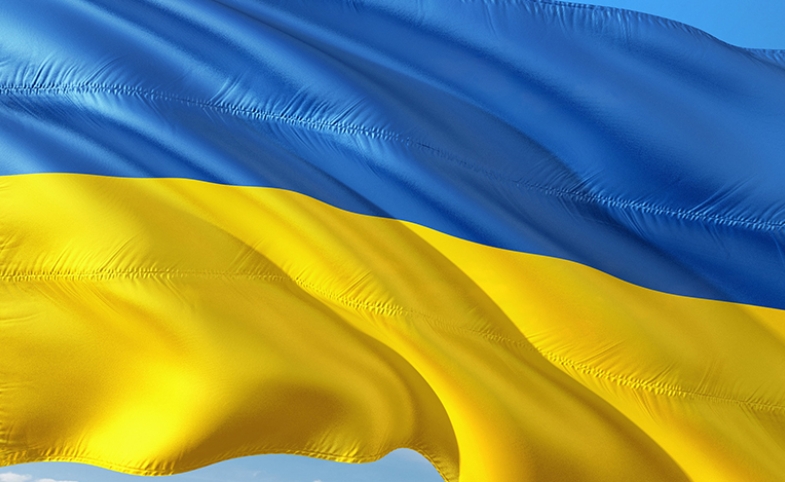 Popularizing the Ukrainian Language through the Audio Guide Project

One of the key factors in implementing cultural diplomacy direction within the Ukrainian Ministry of Foreign Affairs’ Framework of Public Diplomacy Strategy, adopted in March 2021, is popularization of the Ukrainian language abroad.

Promoting Ukraine’s language aligns with promoting the country’s overall image and assists in raising its status in the world. In the context of public diplomacy, language can function as a soft power resource, used to empower a nation’s or state’s position in the world along with broadening and deepening its cultural influence. This process is especially important in connection with states and languages that have suffered injustices throughout their history and were aggressively denied the right to flourish and prosper.

This is particularly clear in the case of Ukraine, due to the heavy influence of Russification policies during the times of the Russian Empire and the Soviet Union.

Having restored its independence and sovereignty 30 years ago, we notice the profound desire of Ukraine to show the world that it is its own sovereign state with a unique and melodious language, which is different from Russian despite what some might believe or assume. While facing ongoing Russian aggression and simultaneously striving toward returning to its European roots, Ukraine is also taking the issue of promoting its official language very seriously.

One of the ways to facilitate this promotion—as well as to meet the language needs of Ukrainians traveling abroad and the numerous representatives of the Ukrainian diaspora scattered across the globe—is to start launching Ukrainian language audio guides in the world’s leading museums and heritage sites. This initiative was originally proposed by the First Lady of Ukraine, Olena Zelenska, who uses her current position to oversee the implementation of a variety of cultural and humanitarian projects.

Language can function as a soft power resource, used to empower a nation’s or state’s position in the world along with broadening and deepening its cultural influence.

The task of researching the possibilities and applying the findings to turn the initiative into reality was assigned to Ukrainian diplomatic missions abroad. Together with translators, proofreaders and voice artists, they started to collaborate on the audio guide initiative. The funding for the projects in different countries came from various sources: sponsors, honorary consulates, the diaspora and the government-approved State Budget Programme, titled, “Financial support to ensure the promotion of an internationally positive image of Ukraine.”

The very first tourist campaign to start 'speaking' Ukrainian within the initiative was launched in Vienna at the world-famous Albertina in the summer of 2020. The Ukrainian Embassy in Austria has overseen the project coming to life.

Since then, in just over a year, progress has been rapid. There are currently 31 Ukrainian language audio guides globally and counting. Among them are some pearls of global culture: Mount Vernon (USA) Versailles (France) Tower of London (UK), Colosseum (Italy), Forte Jesus de Mombaça (Kenya), as well as some niche ones that have enjoyed a fair degree of fame via the Ukrainian project. These include the memorial complex of political repression and totalitarianism victims “Alzhir” (Kazakhstan), the Sergei Parajanov Museum (Armenia), Latvian National Museum of Art (Latvia), the Maritime Museum (Montenegro) and the Azerbaijan Carpet Museum (Azerbaijan). 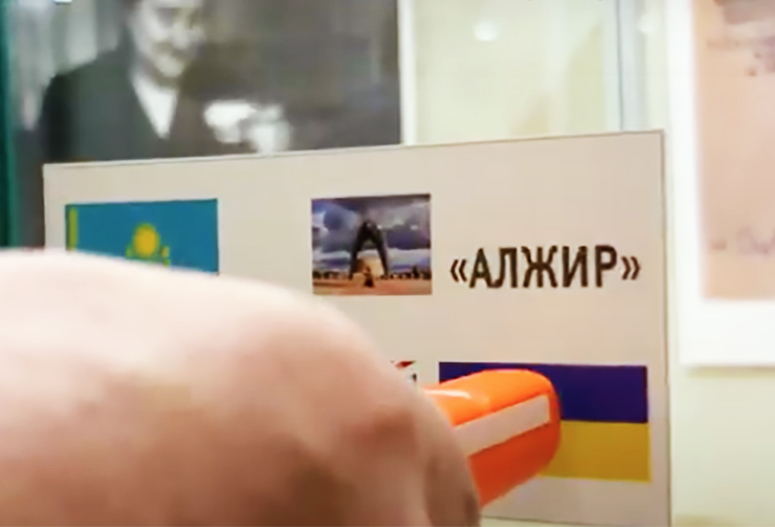 Ukrainian language audio guide tool being pointed at the Ukrainian flag in the museum "Alzhir" in Kazakhstan.
(Screenshot from announcement video released by the Office of the President of Ukraine.)

The overall format of the project has taken numerous different forms: museums, world heritage sites and bus tours (in Lithuania and Greece), to name a few.

Usually, communication around the launch of a new Ukrainian language audio guide is a press release with photos or videos that are shared by the President’s Office, Ministry of Foreign Affairs and relevant embassies, as well as the media.

There are currently over 20 additional sites across the globe that will start “speaking” Ukrainian through the audio guide project in the near future. This is but one of many plans to popularize the Ukrainian language abroad and to make sure that Ukrainian speakers globally—an estimated 35 million native speakers worldwide—get to enjoy hearing it in various corners of the world.

The appeal of this initiative, however, is not only about accessibility and comfort for Ukrainophones who travel and live abroad. The goal of this public diplomacy project is also to improve the recognition of Ukraine and its cultural diversity throughout the world, as well as to help inculcate a positive attitude in foreigners toward Ukraine, thereby promoting a better understanding and greater trust among nations. In this context, the Ukrainian language can be portrayed as an extremely important soft power component, which assists in the formation of a national identity for Ukrainians as well as in arousing the interest of foreigners in the country and its culture.

Valerie Samoilova
CPD Blog Contributor
Press-Secretary, Embassy of Ukraine to the Republic of Kazakhstan
YOU MIGHT BE INTERESTED IN...

Since the COVID-19 pandemic has changed or postponed most public diplomacy plans for 2020, both state and non-state actors have had to adapt their approach to fit into this new reality in which restrictions on travel and...

In today’s world, communication is key to success. Millions of people have instant access to information and social media, all of which can make or break your brand in a couple of minutes. As the proverb goes, reputation...

Public diplomacy has always been an essential part of NATO’s mission.  NATO (the North Atlantic Treaty Organization) understands that in order to keep our people safe and to protect the values we hold dear – democracy,...

For Your Consideration: Ukraine

The Academy of Motion Picture Arts and Sciences awards its Oscars on Sunday, and one of the nominees in the category of Best Documentary Feature is “Winter on Fire: Ukraine’s Fight for Freedom,” a chronicle of the 2013-14...