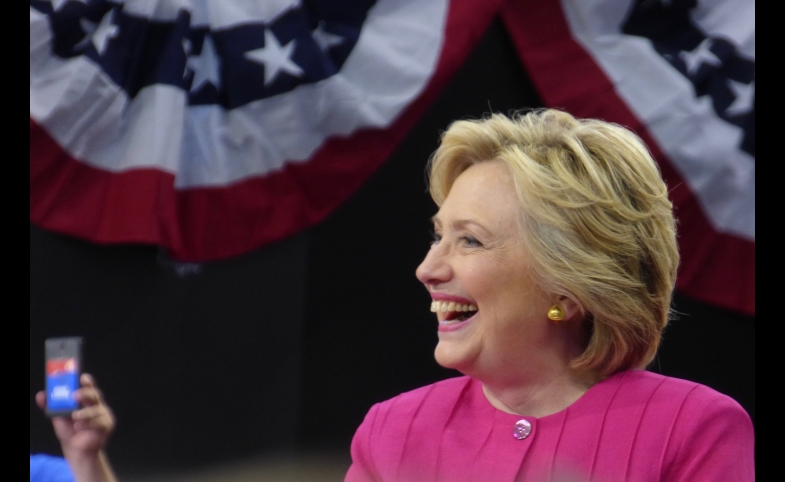 With the Republican and Democratic conventions now finally behind us, one shudders to consider what mankind beyond our shores must make of America’s election spectacle so far.

The wild and disreputable allegations by Donald J. Trump against Mexicans, Muslims, Chinese — the list grows daily — and the doubts he has cast upon the NATO alliance as well as his pro-Putin statements, have shocked and worried America’s partners and allies.

These remarks are deservedly center stage in this year’s election drama.

The task last week in Philadelphia for Hillary Clinton and the Democratic Party was to look serious and sober-minded in contrast (not hard to do) and not to gloat at divisions within Republican ranks (much harder).

Hillary has her own image problems and there are another hundred days until the election — plenty of time for Russian hackers and international terrorists to change the momentum in Trump’s favor.

The Democratic National Convention last week made a few safe steps forward in repairing the Hillary brand. Speech after speech emphasized her remarkable personal story — while steering clear of the controversies surrounding the death of a valiant American ambassador in Libya, and the mishandling by Clinton of her own email correspondence.

From the remarks by ex-New York Mayor Michael Bloomberg (Hillary is “sane, competent,” not a “con man” like Trump), to Vice President Biden’s stirring testimonial, to the use of cultural figures and celebrities (e.g., the  “fight song” video), the Democratic National Convention was a well-choreographed affair. President Obama’s rousing speech on Wednesday capped an extraordinarily well-presented argument for Hillary — served up mainly via its devastating attacks against Trump.

The most interesting thing is that, as with Barack Obama, much of the world has a more positive image of Hillary than do most Americans. Her situation invites comparison with that of Richard Nixon in 1968: well-known internationally but burdened by a U.S. public perception of untrustworthiness.

Still, after a quarter century of celebrity, Hillary is inseparable from her image. She has the self-conscious image of an over achiever who has done well, but who wants to control that image carefully. This has resulted in periodic questions as to whether the public sees an “authentic” figure or one only designed for public consumption. It also resulted in the disastrous decision to keep her government emails private — private to all, it turned out, but Russian government hackers.

Her acceptance speech on Thursday needed to project competence, seriousness, and moderation — and it did precisely that. Short on facts and oratory, it did nothing to take the focus away from Trump’s self-destruction — the first rule of election politics.

Although progressive figures like Michael Moore still think Trump may win, the “real” Hillary is on a roll.

The most interesting thing is that, as with Barack Obama, much of the world has a more positive image of Hillary than do most Americans. Her situation invites comparison with that of Richard Nixon in 1968: well-known internationally but burdened by a U.S. public perception of untrustworthiness.

So the Democratic National Convention’s conscious task last week was to first change the way many Americans view her. If they succeed, and Hillary wins in November, much of the world will breathe a sigh of relief that the “real” Hillary has bested the “real” Trump.

Photo by neverbutterfly | CC BY 2.0

The sorry spectacle of the Donald J. Trump presidential express, careening down the final stretch of the campaign trail, no longer resembles a clown car sideshow. It’s now transformed into a darker, more Dante-esque slow-...

The Triumph of Fear

By this stage in a U.S. Presidential election year, the rest of the world understands that the United States is preparing to go to the polls. And, like Americans, people in other countries sometimes wonder whether the...