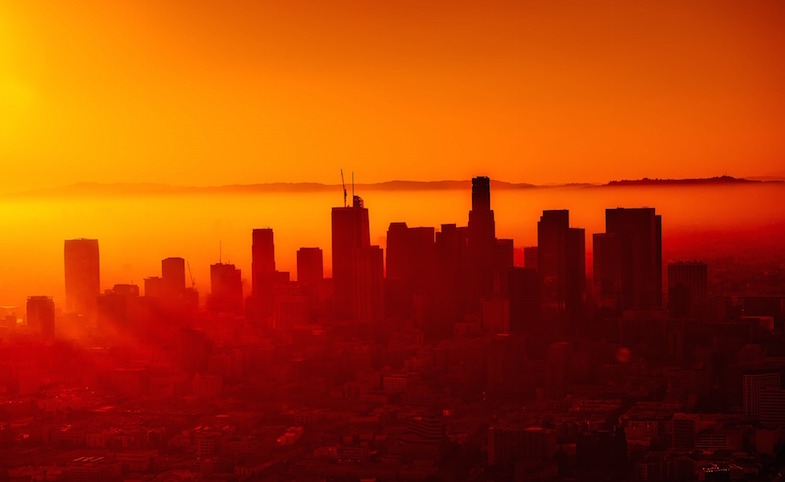 The largely untold story of Southern California’s unique place in American diplomatic history is now being told, and holds invaluable lessons for today. In the last decade of the Cold War, the former Center for Innovative Diplomacy in Irvine, California was a key catalyst in what came to be known as the “municipal foreign policy movement.” The Center chronicled its own mobilizing efforts, as well as the stories of countless other American cities in its publication, the Bulletin of Municipal Foreign Policy, which for the first time are available online for viewing, at escholarship.org/uc/uci_cid. It was my honor to present part of this history at the City Diplomacy Conference put on by the Association of Public Diplomacy Scholars in early March.

[Note from the CPD Blog Manager: images embedded throughout this blog are from the CID archive.] 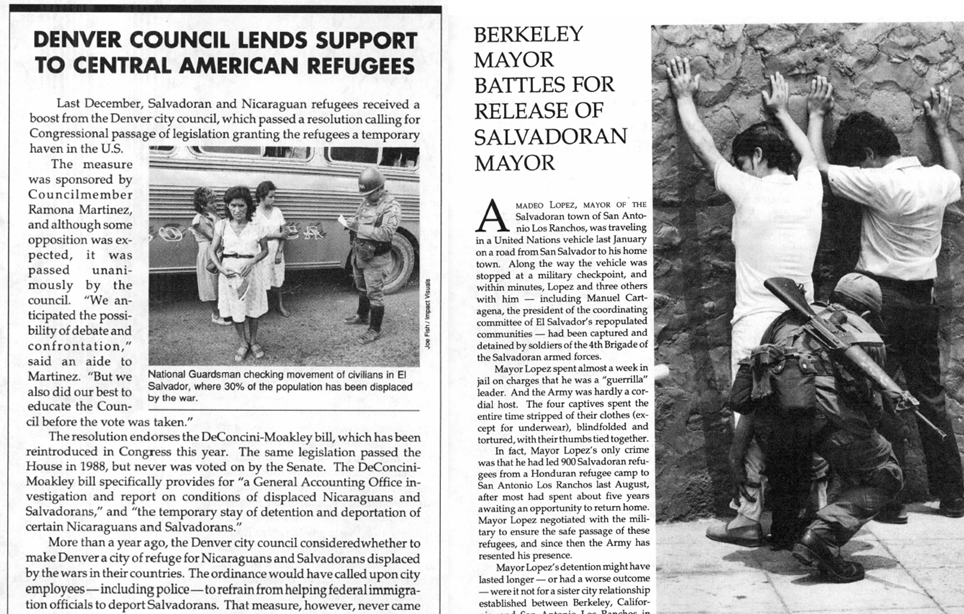 Among the stories of the municipal foreign policy movement:

Alongside thousands of cities around the world, hundreds of American cities declared themselves Nuclear-Free Zones to keep nuclear weapons production-related materials out of their jurisdictions. The federal government balked at these cities, saying they had no business being involved in matters of national security.

Ronald Reagan’s support for anti-communist forces in Central America led to civil wars, sending refugees fleeing to the U.S., many of whom were welcomed by American sanctuary cities. Wisconsin itself became a sanctuary state. Hundreds of American cities also forged sister city relationships with Central American cities to bring financial aid and other resources to the war torn locales. The federal government cried foul on cities interfering in what it felt was none of their business.

When Reagan and Congress’ efforts to fight Apartheid were grossly insufficient, U.S. cities divested billions from South Africa in order to bring about the end of Apartheid through American corporate withdrawal. Archbishop Desmond Tutu applauded these efforts, and a freed Nelson Mandela joined U.S. mayors to continue the fight. Some in the U.S. federal government threatened to take away these cities’ transportation funding in response to their intervention in foreign affairs.

Lastly, and perhaps most importantly for today, the Center for Innovative Diplomacy mobilized hundreds of cities on reducing the chlorofluorocarbon emissions which were eating away at the ozone, advancing the goals of the Montreal Protocol at the local level, establishing the North American Congress of Local Governments for a Stratospheric Protection Accord (SPA), and founding the International Council for Local Environmental Initiatives (ICLEI), the largest environmental city network in the world today. 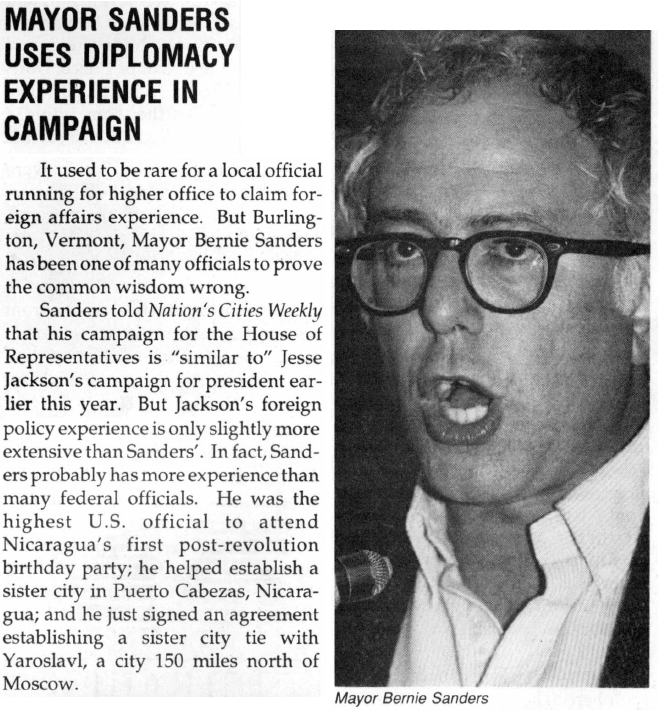 Some in the federal government called them “renegade local governments,” yet their leadership proved as functional and critical as nation-states. Today, the lessons of these “renegade” local governments are a much needed guiding light. Intransparency and dishonesty from the current White House led The Washington Post to recently adopt the motto “Democracy dies in darkness,” reminding readers of the dangers of secrecy in government.

USC Center on Public Diplomacy writer Mark Dillen contemplated another dark aspect of the Trump administration: the proposed reduction of State Department resources and deemphasizing of foreign aid while endorsing protectionism and nationalism. Less international communication necessarily means more foreign counterparts being left in the dark about what the U.S. actually represents, and what most Americans actually believe. Dillen asks, does American public diplomacy, then, die in this darkness? I answer: Not if we learn from the city diplomacy leaders of the past and foster the growth of new ones. 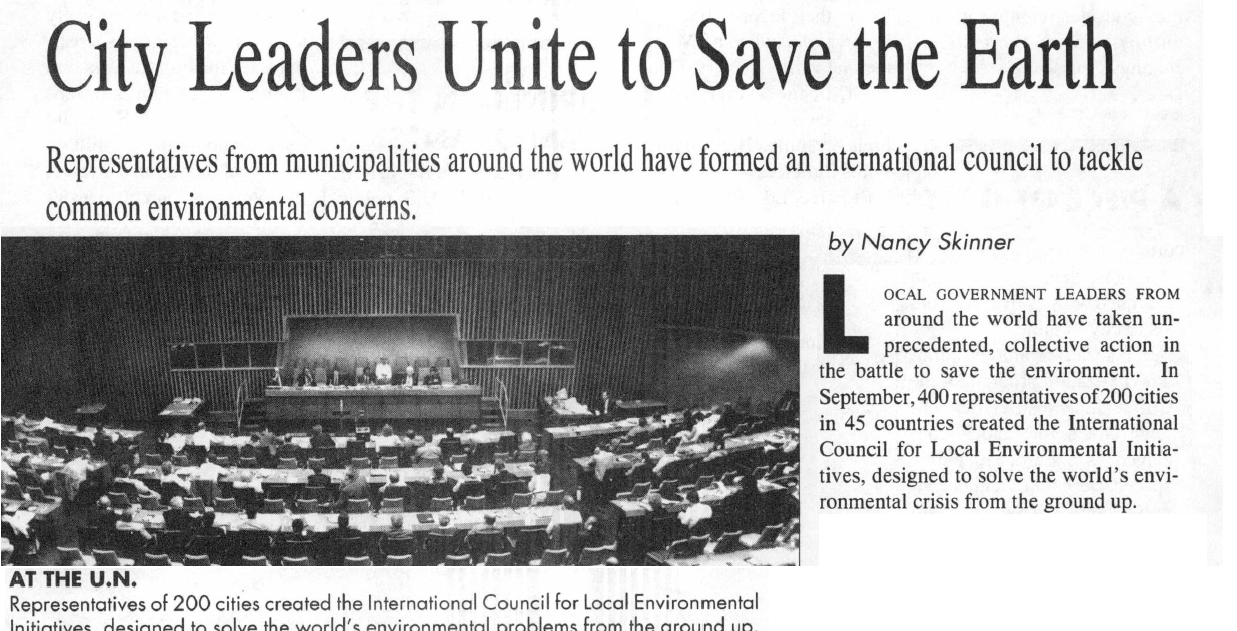 City diplomacy luminary and Attorney Michael Shuman, a leader of the former Center for Innovative Diplomacy, reminds us that local government participation in foreign affairs is enumerated in and protected by the Constitution. Thus, when American local governments responded to the threat of nuclear annihilation vis-à-vis the U.S. arms race with the Soviet Union, to the federal government’s inadequate response to Apartheid, and to other problems from the federal level, the resultant municipal activism was not only legal, it was defining of American federalism.

Dr. Benjamin Barber, author of If Mayors Ruled The World (2013), notes that “In the age of Donald Trump, resistance will be localized.” How true. Several American mayors have vowed to not let Trump obstruct their fight against climate change. In response to Trump’s rollback of Obama-era climate policies, California is redoubling its efforts to curb emissions, and the CEO of General Electric  responded to the rollback by saying that climate change is real, "should be addressed on a global basis," and that companies should "have their own foreign policy” in that regard. Responding to Trump’s travel ban, several U.S. states have launched legal challenges to the ban. The list goes on.

In learning the lessons of the municipal foreign policy movement through the newly available archives, we can cultivate new luminaries of innovative diplomacy, advance both practice and thought leadership in international communication, and ensure that facts shine brighter and speak louder than ignorance in our public diplomacy.