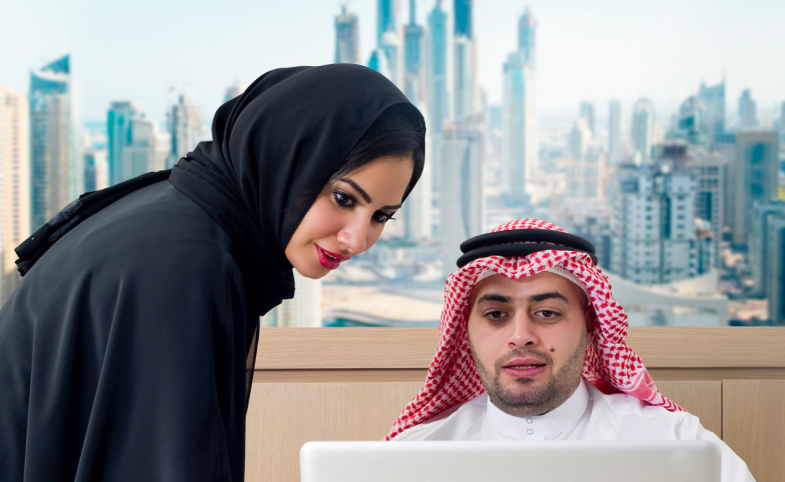 Over the last decade, Internet access has seen dramatic growth in the Gulf region. The Gulf states enjoy the highest Internet penetration rates in the Middle East: Qatar (97%), Bahrain (93%), the United Arab Emirates (92%) and Kuwait (80%) have near universal access. Oman (71%) and Saudi Arabia (65%) have widespread diffusion as well. Studies increasingly show that Arab society is an engaged public and the use of social media has increased tremendously in recent years (as illustrated in Media Use in the Middle East by Dennis, Martin & Wood, 2016).

The main use for foreign ministers of social media tools is that they provide a mutual transmission process between political entities and their public by enabling citizen participation through commenting, liking and sharing messages. Arguments that new media tools are effective in increasing public participation and bringing governments closer to their citizens are common. Yet these arguments probably carry more weight in democratic societies. In autocratic societies, diplomatic efforts are expected to reflect the agenda of the existing regime. The Internet makes public matters more visible, but at the same time contributes to the spread of the powers’ discourse.

My analysis of how foreign ministers in the Gulf (United Arab Emirates, Bahrain, Qatar and the Kingdom of Saudi Arabia) use Twitter comes from the in-depth analysis of 438 tweets between October 1, 2016 and December 31, 2016 (this is part of an ongoing larger study that tracks a total of 16 accounts, including embassies, foreign ministries over a year-long period).

Arguments that new media tools are effective in increasing public participation and bringing governments closer to their citizens are common. Yet these arguments probably carry more weight in democratic societies. In autocratic societies, diplomatic efforts are expected to reflect the agenda of the existing regime.

Among the four analyzed accounts, the one that had the most followers was United Arab Emirates (UAE) with 3.6 million. Next was the Kingdom of Saudi Arabia (KSA) with 1.3 million, then Bahrain with close to 350,000 and finally Qatar with only 25,544. Typical of many leaders, the number of “friends” they have (meaning the accounts they follow back) were low in comparison. The foreign minister of UAE in October of 2016 was following 562 people. By December, that number had increased to 600. Bahrain, whose minister had the most friends, had 635 friends in October and that number stayed constant through December. The KSA minister seemingly was not interested in further interaction, because his number remained stagnant at 45 accounts throughout October-December, 2016. Qatar’s minister had the fewest friends, and added two accounts to the total number he followed; by December 2016 he was following 27 other accounts.

Now on to some of the general findings:

So, what can we say based on this preliminary data? If digital diplomacy is about the ability to develop relationships, feedback, horizontal communication, listening and not declaring, then clearly at this stage, foreign ministers of the Gulf are not making full use of Twitter. They mostly use it in Arabic, create their own content, do not rely on user-generated material, and neither interact nor seek out information. Thus the expectation that in autocratic societies, diplomatic efforts reflect the agenda of the existing regime seems to be met, and it certainly seems to contribute to the spread of the powers’ discourse.