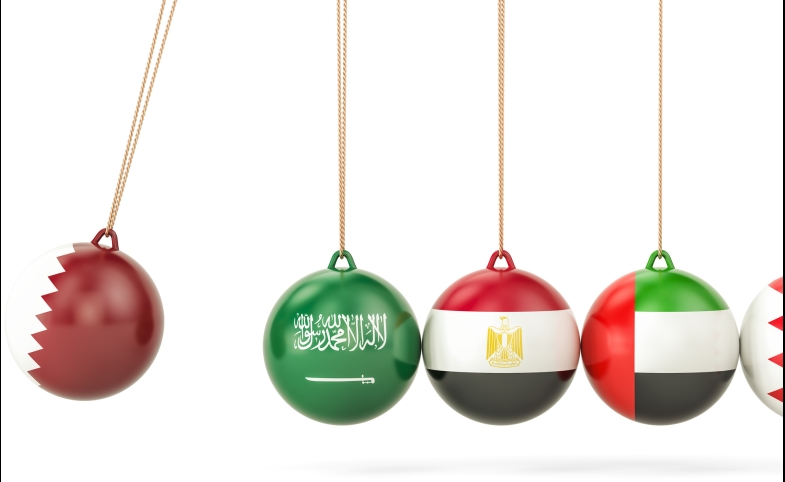 The Gulf crisis has hit the eighth week of its diplomatic standoff. Prior to the trade siege, and right after the Qatar News Agency cyber-attack that U.S. intelligence officials now attribute to the UAE, the media voice between the parties involved was vehement. Arab broadcasters including Al-Arabiya and Al-Jazeera Arabic hosted striking discussions that displayed nothing less than hatred and aggression. One may even say that the tone and language attained savageness, especially coming from Egyptian television. Shortly after, Qatar settled on a communication strategy with good merit on the grounds of crisis management. What does this strategy involve and why does it seem to be successful so far?

Qatar’s communications have capitalized on three elements: 1) show concern; 2) prove that Qatari leaders are in control; and 3) display commitment to stakeholders.

In crisis management, the primary concern is typically public safety. Qatar’s was no different. Following the diplomatic and trade siege by the Saudi-led coalition over claims of terrorism, Qatar communicated that ensuring security and provisions for its people was a top priority, evidenced by the media coverage of transportation arrangements and the rapid supply agreements made with Turkey, Oman, Iran, and other allies. An official statement by the press office of the Ministry of Foreign Affairs published on its website further highlights that the siege “will not affect the normal course of life of citizens and residents of Qatar.” Qatar’s concern extended to Qataris residing in or visiting the countries imposing the siege, who were given fourteen days to leave. Media coverage abounds with stories of families broken apart after being expelled by Saudi Arabia, the United Arab Emirates, Bahrain, or Egypt along with Qatar’s repatriation initiatives.

These stories were strategically distributed through traditional media and social networks, widely and rapidly, provoking some sympathy among international communities. Sheikh Saif bin Ahmed Al-Thani, director of Qatar’s government communication office, made public statements about the humanitarian impact of the blockade. Human rights organizations got involved under proof of social abuse. Additionally, by pointing out that its borders were to remain open to nationals of the opposing coalition, Qatar augmented its internal and external social capital.

Qatar handled public diplomacy in this GCC crisis by being reasonably transparent; its diplomats spoke to both government representatives and key elites, and made media appearances that emphasized the state’s "victim in control" position.

Building on the gained international sympathy, additional news articles emerged about the tragedy of camels and sheep trapped between borders. Famished and dying camels owned by nomadic Qatari farmers were forced to trek back to Qatar unattended and without water or food due to the expulsion of the farmers from Saudi Arabia. Photos and videos of these scenes distributed by media networks such as Al-Jazeera provoked disdain towards Saudi Arabia. Video footage was distributed showing starving and injured animals on Saudi borders, juxtaposed with an emergency shelter organized by the Qatari environment ministry on the nearby Qatari border.

Qatar thus became a victim deserving sympathy as its human and animal population suffered abuse and violation of rights. This message conveying care and concern has been carried through consistently; it is emphasized through Qatar’s position towards its expats from the blockade countries since they were given the choice to stay. Such a message portraying Qatar as the good and forbearing neighbor only adds to the desired image it aims to convey: the country’s "grandeur." Qatar’s government communication office issued on June 8 an official statement urging Qataris to act responsibly and avoid language abuse when expressing opinions on social networks. The statement resonates with Michelle Obama’s applauded line, "when they go low, we go high.”

Qatar’s control over the story helped the country’s leaders secure their people’s trust and support. The hashtags #TamimAlMajd (meaning Glorious Tamim) as well as #WeAreAllTamim are just a few examples of the trending support online. The country’s swift response to the blockade proves control in managing the crisis; it may even lead one to believe that some response plans and negotiations were already in the works. Qatar Airways almost immediately implemented alternative routes, food from Turkey and Iran filled store shelves only a couple of days after the embargo, military assistance was arranged, and the Central Bank regularly responded to concerns about the Qatari Riyal trading by reassuring people that their money was safe. The stock exchange plummeted (about 9%) in the first few days while fluctuating afterwards, but Qatar emphasized that the International Monetary Fund recognizes the local money as an official currency, a status secured by the country’s huge cash reserves.

These actions speak to the confidence the government projected through lobbying and PR efforts in keeping the crisis under control. Qatar used official channels to communicate its position, convey its control over the situation, and uphold its commitment to stakeholders. Its diplomats served as gatekeepers of information about the crisis by relaying the Qataris’ message consistently and reassuring elites and investors in the countries they serve. Qatar handled public diplomacy in this GCC crisis by being reasonably transparent; its diplomats spoke to both government representatives and key elites, and made media appearances that emphasized the state’s "victim in control" position. Public diplomacy efforts are supposed to influence the public and elites of partner countries in order to maintain relationships with the target country. Aside from the adversarial countries, Qatar led the conversation abroad, meeting its intention to consolidate relationships with countries where it has interests.

Internally and abroad, Qatar’s communications in response to the crisis have been consistent and well-integrated, which has helped the state reduce potential conflict, misinterpretation, or misperception. Qatar capitalized on preserving its commitment to its stakeholders, which is critical to maintain good relationships with investors and businesses. The fact that it did not suspend gas supplies to the UAE despite the UAE’s blockade is a message of great importance for foreign investors: it emphasizes the country’s vow to security and respect of business commitments. Qatar therefore preserves its reputation as a reliable supplier. Public relations efforts are also seen in news about continuing plans for the 2022 FIFA world cup, which once again proves the country’s commitment to deliver early promises.

Lastly, throughout the crisis, Qatar showed a commitment to discuss and a willingness to solve reasonable issues that would be raised by the Saudi-led coalition countries, balanced with a commitment to protect its sovereignty and its population’s interests.

Inspired by organizational communication, Qatar’s crisis management communications seem to revolve around the 3Cs approach: concern, control, and commitment. The government’s narrative is consistent and has been distributed through traditional and digital integrated channels, as well as those of public diplomacy. This strategy seems to be working to Qatar’s advantage. So far.

Ilhem Allagui
CPD Blog Contributor
Associate Professor of Strategic Communication, Northwestern University in Qatar
YOU MIGHT BE INTERESTED IN...

Over the last decade, Internet access has seen dramatic growth in the Gulf region. The Gulf states enjoy the highest Internet penetration rates in the Middle East: Qatar (97%), Bahrain (93%), the United Arab Emirates (92%)...