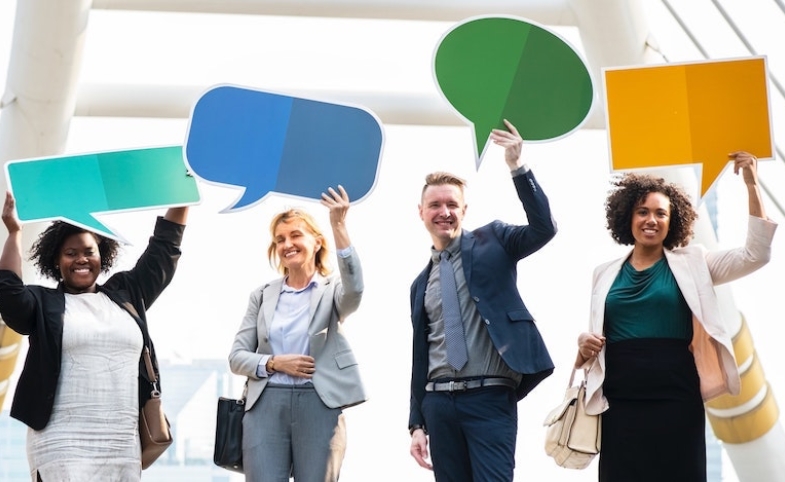 The term “narrative” has become so ubiquitous over the past several years that it seems all encompassing; it has become standard practice to affix every comment or phrase into a grander narrative framework. Academically, however, the parameters which bind the definition of narrative are relatively clear. There must be actors that are motivated to drive the plot forward by some sort of goal. There are questions of temporal and historical significance—how does statement ‘A’ fit into the identity of actor ‘B’ given ‘C’ history and ‘D’ motivation? This may sound like an overly pedantic take on what has become a pop culture imperative, but it is crucial to both academic research and policy planning.

Narratives are not tactile nor solid. They are ever-changing and developing frameworks through which policy can be presented to a given audience. Yet, some scholars have identified certain “meta-narratives” through which much of policy must be framed. Political actors deploy narratives strategically to cultivate influence, steer discussion or justify policy. With this in mind, public diplomacy experts would be well served to consider strategic narratives in their planning.

Strategic narratives can be crucial to the development of a digital communications strategy. Nonetheless, given the speed and ease with which actors react to world events, maintaining a narrative that speaks to broader goals can be difficult. Moreover, creating content that is adaptable and nuanced enough to serve broad, meta-narratives about a state is not easy, nor should it be treated lightly. Finally, the interconnectedness of the modern world demands the consideration of not only national narratives, but also of institutional narratives.

It is imperative that the practitioners of public diplomacy have a clear understanding of the narrative so that they can adapt it without losing the message.

Consider the initial EU narrative on the Iran Nuclear Deal. Immediately following the agreement in 2015, EU High Representative Federica Mogherini touted the EU’s role as “coordinator” and “facilitator.” She described a hard-fought consensus, guided for years by the EU, which would strengthen the region, ensure peace and build trust. Her speeches, statements and interviews during this period created a narrative of the events that placed the EU as a leading actor in the negotiations and in future cooperation.

Some argue that the expanding role of the EU as a global actor means that its political stance should translate directly to member states. Foreign policy positioning on this scale by the EU is relatively rare, and this instance was a clear opportunity for the EU to prove itself.

By the time this discussion hit Washington, where the deal faced opposition, diplomats from Germany, France, the UK and the EU all used public diplomacy to appeal to a wary American audience. Here, several steps removed from the initial EU message, the narratives began to differentiate. The core message was the same: negotiations took a very long time and were difficult, but this deal is the best choice right now. The details, however, began to shift, reflecting on meta-narratives tied to states.

The French Ambassador to the U.S., Gerard Araud, made several statements that bowed the original message. At one point, he pointed out that the deal was based on a French draft, thus shifting the time frame. In his version, the actors shifted as well. The United Nations Security Council (UNSC), where France is a permanent member, was central to Araud’s version of events. Finally, he was clear that this deal only responded to military uses of nuclear energy, stating, “If civilian, it is legal” These changes reflect core tenants of France’s national biography. French foreign policy has long rested on three principles: presence, activism and independence, embodied by its permanent seat on the UNSC. As for nuclear energy, several scholars have noted that France’s commitment to nuclear was a critical factor in rebuilding French national identity after World War II.

This case study illustrates that even small changes to a message can affect—or reflect—a grander narrative. Moreover, the many competing layers can negate or amplify one another. The French public diplomacy efforts in Washington did indeed promote the EU contribution, but also the P5 and uniquely French contributions. The question is, in what context does this help the EU narrative, and in what cases does it undermine it?

For PD practitioners, the lesson here is clear: know your narratives. At every level of communication, content must be produced with purpose and with the aim to serve a larger vision. Strategic narrative research can be helpful in making this possible. Miskimmon, O’Loughlin and Roselle posit that there are three layers of strategic narratives: International System, National and Issue. In order to create a message about a policy, understanding the national and international system context is crucial. Why does state ‘A’ support policy ‘X’? What are the historical, cultural and political factors that drive this support? Moreover, how can a Facebook post be crafted to support those factors and serve the broader narrative?

This might seem like a monumental task, but in reality, the solution is the same as the action: communication, this time internal. It is imperative that the practitioners of public diplomacy have a clear understanding of the narrative so that they can adapt it without losing the message. In a world where three tweets are sent on a topic over the course of a month, it is easy to lose sight of the thread. If the PD practitioner is also an expert on a topic, it is much easier to keep the threads from tangling.

How can this be done? In a Ministry of Foreign Affairs (MFA), the solution is structural: those working on PD and communication must have access and contact points at all levels and in all departments. Policy changes should prompt discussions on strategic narratives as well as long reports. A network of people will in turn lead to a manageable network of narratives. These narratives will never remain static, but creating a strong base could make the day-to-day work of PD less hectic, create more seamless communication and, most importantly, make the job of combating negative or even false narratives much easier.