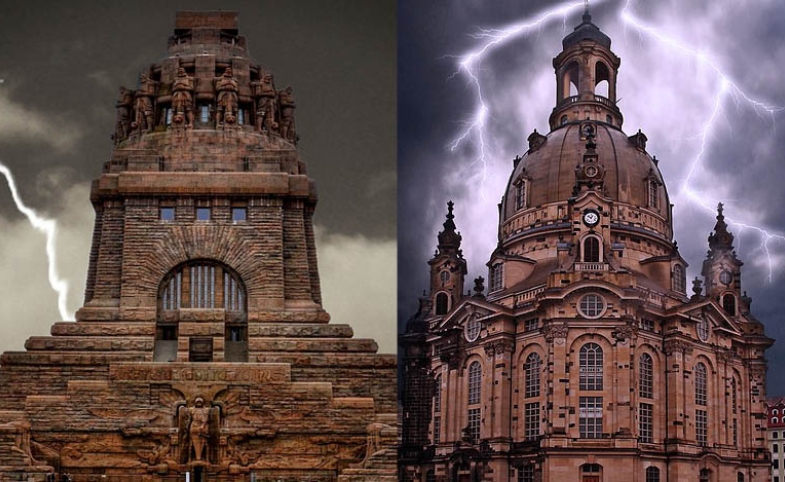 A Tale of Two Cities

Twins can be a gift to science. The twin study is perhaps the only reliable way to crack the nature versus nurture puzzle: simply locate and test identical twins who have been for some reason raised in different circumstances to see whether their capacities have diverged. Where differences emerge, it is sometimes possible to identify differences in the environment, which accounts for the split.

Sitting in Leipzig at a conference celebrating a German pioneer of psychology, it occurred to me that the twin approach might be used to suggest (though of course not “prove”) why entire communities develop differently, and that such an approach could be applied to the case of Leipzig and Dresden. Both were located in the old East Germany; both are major cities in Saxony (Dresden is the capital); both have spectacular cultural histories; and both have a long-standing mutual connection as partners and as rivals too. They were at opposite ends of Germany’s first long-distance railway line in the 1830s and today are only an hour’s ride apart.

Yet these two cities have diverged sharply in their political attitudes. Leipzig is a thriving, outward-looking cosmopolitan hub, seeking UNESCO recognition for its musical heritage. Dresden is the inward-looking home to PEGIDA—the Patriotic European Front against the Islamicization of the West—the extreme anti-immigrant movement which holds demonstrations each Monday. Dresden also has the distinction of being one of the few cities to lose its UNESCO world heritage status after the city government willfully ignored the heritage community’s appeals against the construction of a new bridge close to the historic city center. If we picture the two cities as twins, what might account for the divergence?

While the cities’ current split reflects older trajectories, there are two obvious modern differences between Leipzig and Dresden which relate to the realm of strategic communication. The first is rooted in the special level of destruction heaped on Dresden during the Second World War, an act which developed as a kind of propaganda-by-deed to destroy German morale and “incidentally”, as a British Royal Air Force briefing memo to its crews put it, “show the Russians when they arrive what Bomber Command can do.”

While both cities were bombed (and, in terms of tonnage dropped, Leipzig was hit harder), the damage to Dresden was horrifically concentrated. In mid-February 1945, Dresden suffered a series of raids which devastated the historic center of the city. It shocked the world at the time and was pointedly remembered after the war. The East German government emphasized the “Anglo-American Terror Raid” on Dresden above other events of the time (prudent given that they were allied to Russia, the perpetrator of much devastation elsewhere in their country). The DDR conferred on the inhabitants of the city the special status of victim.

This is a mixed blessing. When victim status becomes part of an identity, it seems that the impulse to empathy is somehow dulled. There are many historical and contemporary examples of people who have suffered in the past being blind to and even complicit in the suffering of others in the present. It is tempting to perceive this kind of reaction in the politics of PEGIDA.

Victim narratives seem to be part of the world’s most intractable conflicts and generally on both sides.

But there is a second major modern difference between Leipzig and Dresden: a significant absence. While the East German public were officially shut off from outside influences and addressed by a government which relied on heavy use of censorship and propaganda, the regime’s media was undercut in most of the country by spillover radio and television signals from West Germany and allied services like the U.S.-government sponsored Radio in the American Sector (RIAS) in Berlin.

These signals did not, however, reach Dresden which, along with its surrounding territory, became known to fellow East Germans as the Tal der Ahnungslosen, variously translated as “valley of the clueless”, “valley of unknowing” or, as a friend from the region explained it to me in the 1990s, “valley of the people who know nothing”. The absence of outside media allowed East German propaganda to work unchallenged for decades, which meant a regular dose of parochialism. Loyalty to the city and region was one of the traditional German dynamics utilized in the East even as it grew less fashionable in the West. In the 1980s, the East German government relented and made a West German station or two available via cable in the cities apartment buildings just so outsiders were prepared to work in Dresden, but the region had an idiosyncratic politics which in many ways seemed to look back to the Kaiser rather than across to Bonn.

What does this difference between Leipzig and Dresden mean for our world of public diplomacy?

Firstly, the current state of the Tal der Ahnungslosen suggests deficits of communication are not corrected overnight and that there can be extended implications of a period of sustained and unchallenged propaganda. It is as worrying to think of the populations of Russian speakers surrounding the former Soviet Union, whose only information sources are the Kremlin’s TV channels, as it is to think of those citizens in the democracies who are in media bubbles by choice or as a side effect of the silo-ing that is a consequence of social media sites that always seek to please.

Yet, by the same token, the case suggests that access to a view of the outside world like that available to the citizens of Leipzig in the DDR years can make an immense and lasting difference. Moreover, in Leipzig the DDR government also kept alive Leipzig’s trading identity with the Leipzig Trade Fair and intellectual exchange via the university and the documentary film festival. It was no surprise when Leipzig played a special role in the drive for political change in 1989. Resources spent on promoting exchange, access to information and international broadcasting itself are money well spent.

Secondly, the case suggests the potency of a victim narrative and its ability to take on a life of its own. The people of DDR were often receptive to foreigners from less fortunate countries, hosting a generation of Chileans, Southern African and Asian anti-imperialists. Can that spirit been drowned in a sea of other feelings? We should certainly understand the exceptional power of victimhood as an element of an identity; be aware of its growth and be careful about its articulation in our own society or in that of others. Can more be done? Narratives of victimhood underpin so many of the world’s problems. Appeals to victimhood are a favorite approach of demagogues including that lank haired, mustachioed former corporal whose shadow still haunts the German political landscape.

Is it possible for communicators to take the edge off such sentiments and break the spell? Is it possible to balance such perceptions—which are generally rooted in a level of historical reality—with an awareness of no less real suffering elsewhere, even in the backgrounds of the enemy? Or is the victim narrative overcome by introducing something bigger to the audience? Can a broad and inclusive vision of the future displace a narrow narrative of pain in the past? Perhaps.

Considering the parallel lives and politics of Leipzig and Dresden led me to think that as well as exploring CVE (counter violent extremism), communication strategists should consider CVN (counter victim narrative-ism). Dresden isn’t the only city in the world which could use it. Victim narratives seem to be part of the world’s most intractable conflicts and generally on both sides. The alternative—as economic tides knock the most vulnerable back on their rawest ideological underpinnings—moves out of the field of public diplomacy: It is the stuff of tragedy.

The BBC's Battle of the Airwaves

In a new episode from The History Hour, the BBC World Service takes a look back to March 1938 and the beginnings of its international broadcasting services in Portuguese and Spanish. "This was an era of intense...