Home|Two Georgias on My Mind: The Power of Mutual Understanding in Public Diplomacy 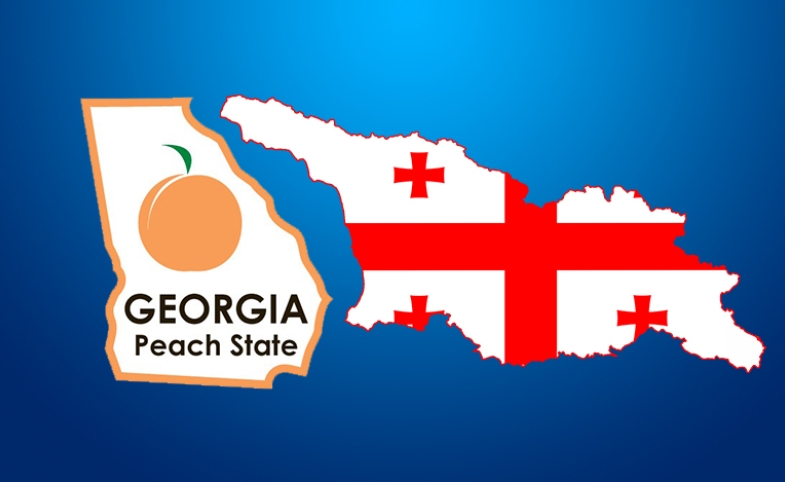 Two Georgias on My Mind: The Power of Mutual Understanding in Public Diplomacy

Mutual understanding is essential for building trust in public diplomacy. In most cases, shared elements might include values and ideas. In some cases, similar geographic names can have a significant role in establishing mutual trust and understanding. This was successfully incorporated in U.S. public diplomacy in the 1980s to connect people from Atlanta, Georgia and Tbilisi, Republic of Georgia, through citizen exchanges.

The existence of two Georgias in the world—the state in the United States of America and the country in Europe—can be puzzling. Though the same name refers to distinct geographic places, this duplication was used to build bridges between the peoples from these two places during the Cold War.

In the 1980s, people from two Georgias were connected through two-way citizen exchanges operated by the Atlanta-based organization Friendship Force International. Americans from Atlanta, Georgia, went to live with the families of Georgians in Tbilisi, while Georgians from Tbilisi visited American families in Atlanta. Through homestays and daily experiences, both sides understood not only the new places and cultures, but transcended ideological borders.

The direct citizen exchanges between the people of two Georgias became much more intensive shortly after the visit of Atlanta Mayor Andrew Young to Tbilisi in 1986. Following Young’s visit, a Georgian delegation visited Atlanta to sign a sister cities agreement between Atlanta and Tbilisi.

From a public diplomacy viewpoint, this sister cities program was crucial for many reasons. First, it established new opportunities for cooperation and partnership between these two cities and their residents. Although Tbilisi was still under Soviet rule and the U.S. lifestyle was projected as unacceptable by Soviet propaganda, the sister cities program and citizen exchanges served as one of the significant mechanisms to help Georgians in Tbilisi endure the Soviet system. Homestays projected U.S. life to Georgians—a life that was quite different from the one that Soviet propaganda was trying to showcase in the Republic of Georgia. Participants discovered that the similar core of the geographic names of their homeplaces had helped to create the basis for trust and mutual understanding. They discovered that they had many things in common, such as the pursuit of peace and happiness.

Every citizen can be a good ambassador to promote the values and institutions of their home country without even knowing international theories or protocol.

One Georgian participant from Tbilisi told me that the American lifestyle—starting from household items, shopping and work ethic, to the American values of personal freedom and independence—was a discovery to them. The time they spent in the U.S. was a time of personal development: exploring and a beginning to compare Soviet and American cultures. American participants visited Georgian historical monuments, libraries and attended cultural events. They were aware that their visits helped to warm the cold feelings between the two countries.

In addition to high-level political dialogues between the U.S. and the Soviet leadership, those citizen exchanges seemed to be effective in building bridges between societies. American families hosting Georgians not only helped to spread the positive image of the U.S., but served as agents of Americanization. In this way, the system of societal and cultural understanding was formed between two Georgias that eventually would build the bridges of future direct connections.

Through these activities, American values entered the hearts and minds of Georgians in Tbilisi. Since this was an issue of concern for Soviet leadership, citizen exchange groups from Tbilisi consisted of members of the Georgian elite. This limited the scope of public diplomacy outreach and left a great number of Georgians in Tbilisi and other parts of the country unable to participate in this program. In contrast, participants from the U.S. side were selected on a competitive basis: Friendship Force International was looking for host families and citizen ambassadors through announcements published in the U.S. press during the 1980s and 1990s.

Nevertheless, these public diplomacy activities turned out to be constructive for both Georgias: their friendship transcended ideological borders, and after the Cold War they have maintained strong ties. After Georgia’s 1991 independence from the Soviet Union, Atlanta became a center of the Georgian diaspora.

Today, Friendship Force International journeys and homestays between Atlanta-Tbilisi are not as intensive as they were before. Tours in the Republic of Georgia have become more diverse: participants from the U.S. and other countries experience local Georgian culture through excursions, festivity and cultural activities.

The modern-day context of the two Georgias’ relations continues to expand in the framework Open World, a U.S. government-funded exchange program administered by The Open World Leadership Center. With support from the U.S. Embassy Tbilisi and the Library of Congress, delegations from Georgia (country) travel to different U.S. states for professional development. Today, several Atlanta-based organizations, including Friendship Force International and the Georgia to Georgia Foundation (GA2GE) act as national grantees of the Open World exchange program in Georgia (U.S. State). Through this exchange, the U.S. hosts Georgian delegations in partnership with various local host organizations, including the Atlanta-Tbilisi Sister City Committee.

As a part of these exchanges, professional meetings for the two Georgias’ delegates are organized. These working meetings cover various issues ranging from policy formulation, rule of law, trade and investments to public safety, law enforcement practices and operation of local governments and civil societies. This exchange, which re-invigorated the Atlanta-Tbilisi Sister City partnership, empowers members of parliament, representatives of government branches, and civil society leaders from Tbilisi and other Georgian cities through their visits to state and local institutions in the U.S. state of Georgia. It creates knowledge, practice and an experience-sharing network by establishing long-lasting professional links between the two Georgias.

Keeping the two Georgias in mind, we can see how the similar names of geographic places can connect people and minds during times of ideological rivalry. This case highlights the importance of outcomes that non-governmental groups can bring to enrich the value of a country’s public diplomacy. It shows that every citizen can be a good ambassador to promote the values and institutions of their home country without even knowing international theories or protocol.