Home|What Diplomats Can Learn from Journalists 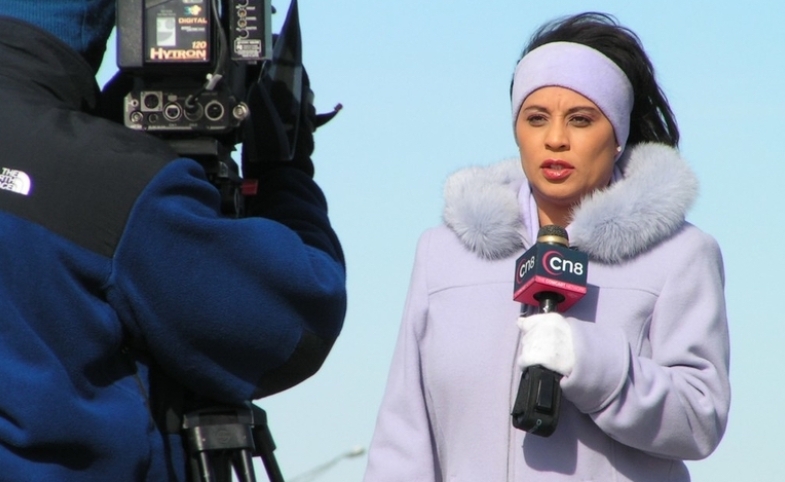 What Diplomats Can Learn from Journalists

As an international relations major at USC, I’ve learned a lot about public diplomacy, which, for the uninitiated, is when countries try to influence overseas audiences to advance their national interests. As a millennial, I look at how countries use “soft power” tools, such as social media, and I can’t help but think something is missing.

That’s where I think the field of public diplomacy could take a page from journalism — my minor at USC. As Americans have migrated to social media platforms, news organizations have had to adjust their strategies. Now, it’s time for governments to do the same.

In order for the U.S. State Department to effectively engage communities and advance U.S. interests abroad, it is critical that the department fully understands the user experience of its digital public diplomacy strategy.

“The U.S. government is appalling at giving diplomats the leeway to use technology as it is intended,” Nicholas Cull, the founding director of the Master of Public Diplomacy program at USC, told The Foreign Service Journal.

Cull is describing the State Department’s lackluster public diplomacy efforts, in which U.S. diplomats implementing foreign policy abroad with news media expertise are hindered by bureaucracy and stringent social media guidelines when attempting to produce innovative material. Subsequently, many U.S. diplomats use social media to simply post photos and state (uncreatively) what is going on in the photo. This lack of freedom can hinder the effectiveness of how audiences overseas consume (and perceive) U.S. news and information.

Philip Seib, a professor of journalism, public diplomacy and international relations at USC, also notes in his book Real-Time Diplomacy: Politics and Power in the Social Media Era that technology is having an effect not just within countries but is also changing “relationships between countries.”

Reflecting on my experience producing news for social media and emerging platforms for USC Annenberg Media, I have come up with some tips for the next generation of diplomats.

1. Use sound data insights and social media analytics to understand your audience. Looking through the U.S. Department of State’s official Twitter account, @StateDept, you’ll find an array of announcements, news and press coverage. However, if you are unfamiliar with the department’s mission overall or lack foreign policy knowledge, this account may not be the best or most intriguing source of information about the U.S.

In an interview, Seib, whose foreign policy and news media class I am currently taking, told me that diplomats need to effectively use social media to keep in touch with the public.

“As global publics’ use of social media increases, so too does their sense of empowerment,” Seib said. “They view social media as tools for two-way communication, and so when diplomats use Twitter, YouTube, or other such venues they should be prepared to further engage with the audiences they are reaching.”

Understanding your audience’s interests and demographics is most easily done through paying attention to audience insights and analytics, which can be accessed through professional tools such as Hootsuite, Sprout Social, Simply Measured and the analytics sections that the social platforms provide.

Before you start digging around in the metrics, know what you want to find out. Are you trying to figure out what media your audience engages with the most? Which kinds of messages are resonating? Do you want to figure out what is the best time to post? Do you simply want to know who’s following you? Go in with specific lessons you want to learn and be ready to adjust your strategy based on what you find out. This will ultimately allow for more fruitful engagement with your audience.

2. Engage in two-way conversation. It’s more than just “liking” or “sharing.” It would benefit the overall goals of public diplomacy if more diplomats would actively engage in conversations with their audiences online. After scrolling through the State Department’s official Instagram account, @statedept, I found that people running the account do not "like" or reply to comments. Although some comments are very politically charged and might not be worthy of a response, I am sure many followers (who must have some level of interest in U.S. foreign policy, if they are following the account) would greatly appreciate a reply.

3. Explain foreign policy in more conversational, easy-to-understand terms. While working for Annenberg Media, I found my niche in explaining international events and foreign policy concepts to our audience. I believe journalists—like diplomats—should convey information to the public with the goal of expanding their audience’s knowledge and awareness of topics and key issues.

For instance, I crafted a tweet series on soft power by first describing what it is, followed by examples from key soft power experts. (Click/tap the tweet below for the full tweet series.)

Have you heard of “soft power” but aren’t sure what it is? @PublicDiplomacy held an event that breaks it down. Here are the details.

Most posts on @statedept, the department’s Instagram account I mentioned above, describe the people in photos as “strengthening U.S. relations with [country].” But what does that really mean? Seems like a good time to teach the public more about the diplomacy process, as much as that process allows, or to at least educate people about current events. 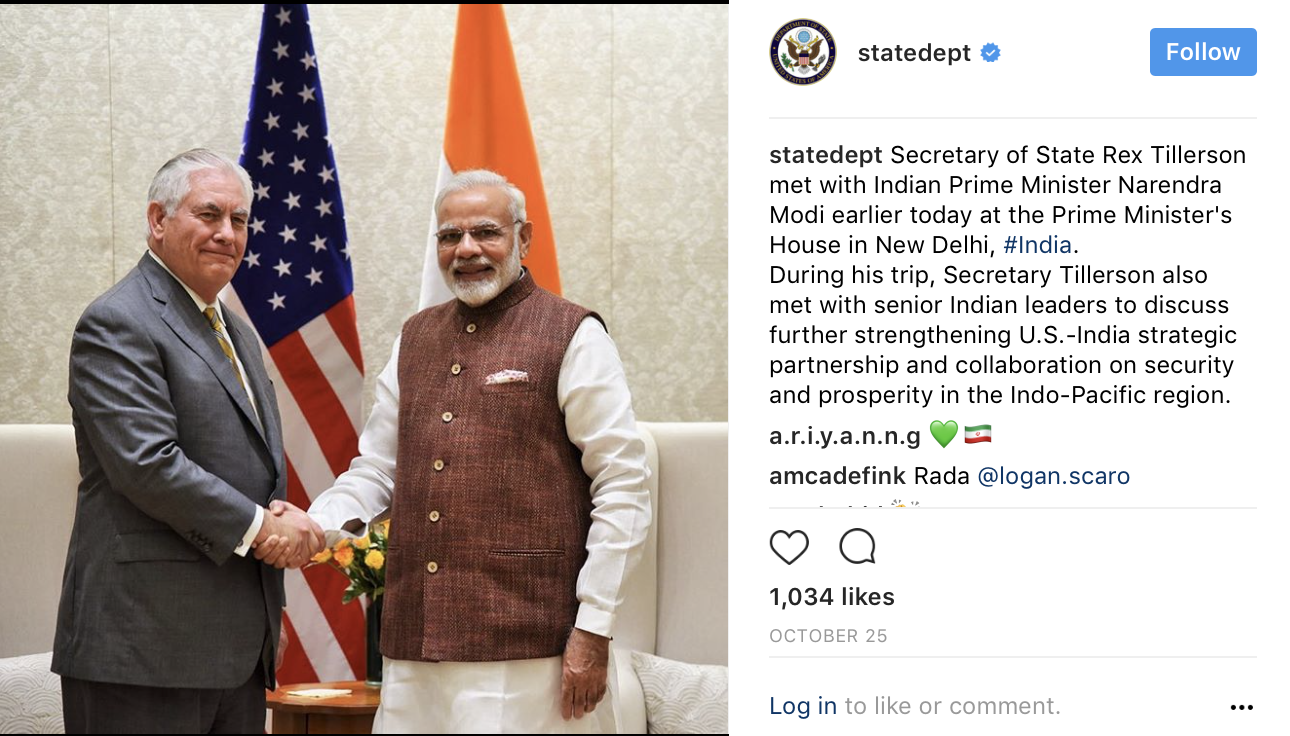 When I covered the campus visit of Taiwan’s former president, Ma Ying-jeou, on Instagram, I connected it to a current event and described what certain policies meant in hopes of providing my audience with more information and context. 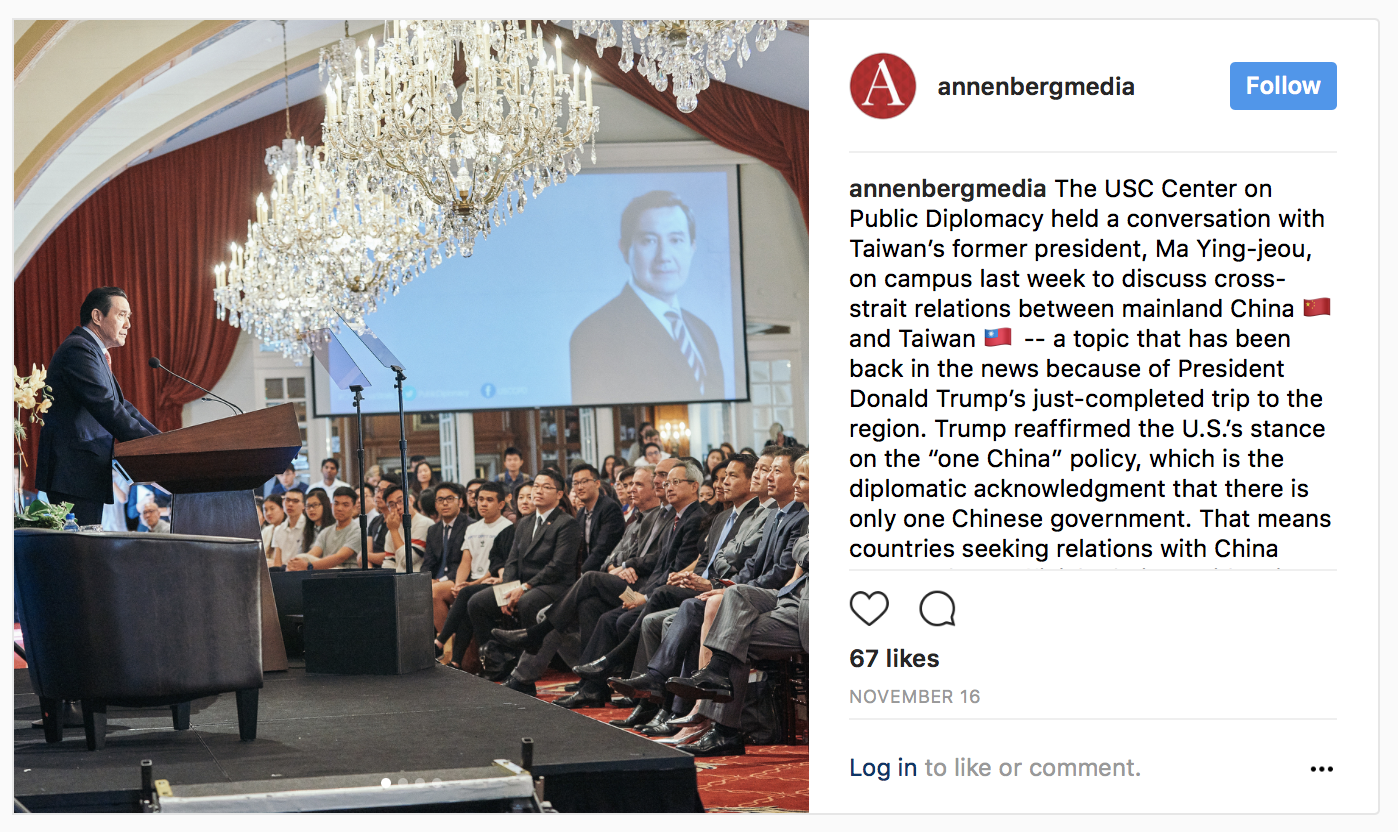 4. Follow digital journalism trends and incorporate them into your strategy. As part of my work for Annenberg Media, I interviewed Michael Hammer, a career diplomat who was the former U.S. ambassador to Chile. He explained to me how he demonstrated American culture in Chile through posting videos of himself cooking American food—something that probably seemed familiar and interesting to social media audiences, with the popularity of social media food videos like the ones you see on Tasty.

But when trying to be "on trend," it’s important to do it thoughtfully, as the State Department’s @TravelGov account learned the hard way in 2016 when it tried to tweet about #springbreakingbadly. 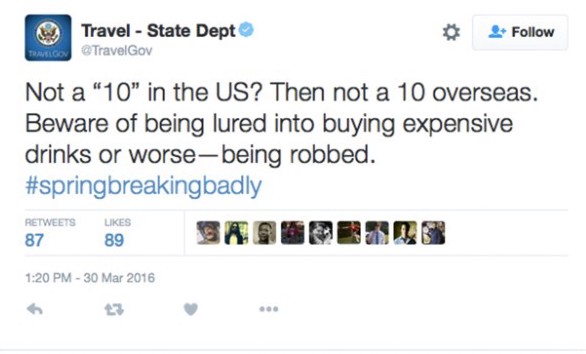 After backlash, the State Department ended up apologizing for the tweet series. If you want to avoid these mistakes while trying to ride a trend, remember an important social media principle: be authentic.

As I highlighted in a series of tweets on soft power, “the rise of social media—a soft power asset—is changing how countries respond to global events and persuade people around the world.” Thus, our diplomats need to be more media savvy in order to create meaningful relationships with the public, especially overseas. Through better public diplomacy training and encouraging innovation on social media, State Department officials will be better able to keep up with the ever-evolving media landscape.

Note from the CPD Blog Manager: This post was previously published on Medium.

The September edition of Bruce Gregory's public diplomacy reading list is now available. Known affectionately at CPD as "Bruce's List," this list is a compilation of books, journal articles, papers and blogs on a wide...