Home|What Do Diplomats Do between Cocktail Parties? 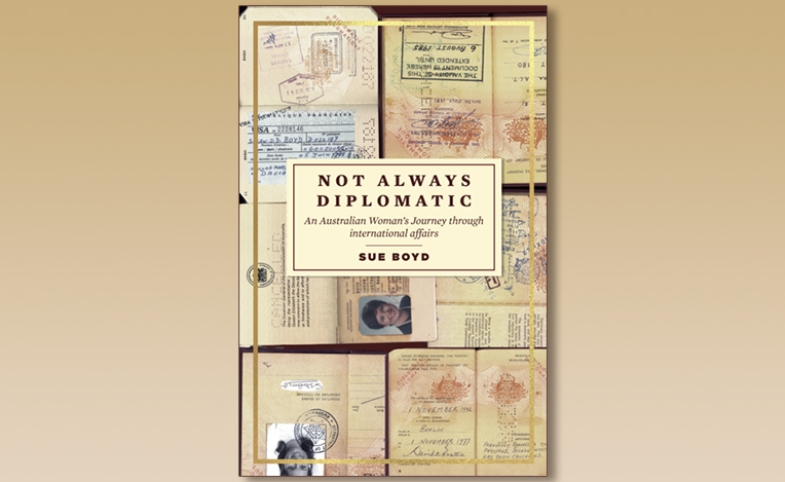 What Do Diplomats Do between Cocktail Parties?

Note from the CPD Blog Manager: This piece is a book review of Not Always Diplomatic: An Australian Woman’s Journey through international affairs (2020) by Sue Boyd.

For those interested in knowing what diplomats do between cocktail parties­—an irreverent question attributed to international relations scholar Hedley Bull—Sue Boyd’s memoir is a little gem. It is also pertinent to those who wonder about the public diplomacy role of state-based diplomats, in general, and of ambassadors as well as the under-explored dimension of female diplomats and public diplomacy.

As the book’s subtitle suggests, the underlying theme of the book is how one woman navigated her way through a career in the (once) overwhelmingly male-dominated Australian foreign service.

Simultaneously, Boyd provides fascinating insights into the evolving role of diplomats. She does this in the form of three fundamental questions that offer a rough professional template for state-based diplomats of all stripes. She recounts an unusual meeting with Australian Prime Minister Gough Whitlam who, concerned about the April 1974 Portuguese Carnation Revolution, called for an in-person briefing from Boyd, then a 25-year-old junior diplomat newly returned to Canberra from her first posting in Lisbon. Whitlam asked her three questions: “What’s going on in Portugal? What does it mean for Australia? And what should we do about it?” (p. ix).

Those three questions, minus the Portugal reference, guided Boyd through her 34-year career at home and abroad—including junior- and mid-level postings, after Portugal, in Cold-War Berlin, the United Nations in New York and in Ronald Reagan’s Washington D.C., followed by four leadership positions as head of mission, in Bangladesh (as the first Australian woman head of mission posted to an Islamic country), Vietnam (as it reformed its economy), Hong Kong (following Britain’s handover to Beijing) and Fiji (during the 2000 coup). In sum, a male-dominated profession and Whitlam’s probing questions provide the thematic infrastructure for this engaging, humorous and illuminating memoir.

For the theorist, the book offers countless examples of how diplomats provide generally positive representational and policy influence, and makes the case that diplomats representing Australia abroad, especially at the ambassadorial level, are vastly under-appreciated—and under-resourced—agents of soft power and public diplomacy. Moreover, Boyd offers ample evidence to support Bruce Gregory’s argument that public diplomacy is best conceptualized as the “public dimension of diplomacy,” rather than as a specialized stream within the foreign service.

Diplomatic memoirs have a mixed reputation. The best of them inductively help us appreciate the practices that underpin the diplomatic profession and thus lead to a better understanding of the foreign policy process. This memoir is not, in Boyd’s own words, “an academic analysis of Australian foreign policy” (p. 10). Purists will wish for an index, a fuller bibliography and more detailed endnotes. Also, the first-person pronoun occasionally may seem too pronounced. But for me, Not Always Diplomatic legitimizes the diplomatic memoir as a respectable genre and adds a rare female voice to the hitherto male-dominated corpus of diplomatic memoirs. In the preparation of this review (and on this point in particular), I have drawn on two thoughtful articles on the diplomatic memoir form: “Home Away from Home: The Curious Case of Diplomats” (2019) by Margaret Barbalet and “British and American Diplomatic Memoirs as Factual Narratives: A Resource for the Linguistic and Cultural Analysis of the Specialised Domain of Diplomacy” (2018) by Jessica Stark.

Boyd generously identifies other admirable female contemporaries who bucked the system, and she is gracious recalling supportive male colleagues. However, she is unsparing in her criticism of insufferable male colleagues including foreign diplomats who were clearly oblivious to how Australia was (slowly) changing. Yet her memoir does not present as a strident feminist critique of modern diplomatic practice, despite her being—in her own words—an “overachieving, ambitious alpha female” (p. 76). With her salty jokes and jibes, Boyd often comes across as more “bloke” than “woke,” a clever survival strategy given diplomacy’s generally masculinized professional environment.

For the theorist, the book offers countless examples of how diplomats provide generally positive representational and policy influence, and makes the case that diplomats representing Australia abroad, especially at the ambassadorial level, are vastly under-appreciated—and under-resourced—agents of soft power and public diplomacy.

And yet there is more to Boyd’s book than a feisty and appealing account of how one woman made a successful diplomatic career against the gender odds. It is also a story about how Australia’s national diplomatic profile and style have evolved over time. While today there are proportionately more women in the foreign service, including at higher levels, as Boyd cautions, there is still a way to go in terms of Indigenous and ethnic representation. The deeper point here is that Australia’s diplomacy is a never-ending project, just like Australia itself.

Boyd additionally reveals how diplomats, while abroad, and public servants, while at home, negotiate and shape policy with ministers. This process can get testy as governments change, but most Australian diplomats seem to know their role in a democratic system, and this memoir gives little sense that there is a Yes, Minister culture in Canberra. Boyd recalls occasions when her own personal views were at odds with the government of the day. In her words, “The role of an ambassador is to give the government policy advice. Once the government has made a policy, however, our duty is to carry it out” (p. 260).

Boyd portrays the trials and tribulations of diplomatic life abroad. There are the inevitable blurred lines between professional and personal identity in a uniquely 24/7 profession, reinforcing the point that all diplomats are agents of public diplomacy. Diplomacy’s intense social environment can lead to what Americans call “localitis,” the tendency to shade one’s views to those of the host country. Boyd also describes the opposite syndrome: the tendency for some embassy staff to intensely dislike the host country and its people, sheltering in the embassy compound and rarely venturing out. It’s hard to quantify the public diplomacy effects of such behaviors, but they must surely be significant.

For the reflective diplomat, postings offer extraordinary opportunity for developing inter-cultural competence, encountering and engaging with new cultures and languages. Boyd recounts heartbreaking stories of East Germans living under the vile Stasi state security apparatus and of heartwarming stories of a Vietnamese­-Australian diplomat marrying the first U.S. ambassador to return to Vietnam after the war, former Prisoner of War Pete Peterson. Woven between such stories, Boyd describes the necessity of playing golf, the sociability oil that often greases the diplomacy wheel.

Typically, after the posting is done, there is (what is for most) the dispiriting prospect of returning to the cog-in-a-wheel, policy bubble of the capital, in this case, Canberra. While Boyd made the most of her home-based assignments, she eventually decided on early retirement, partly to avoid Canberra after the relative autonomy of serving abroad. The headquarters vs. field dichotomy is a common challenge in the diplomatic profession.

Then, there is the “Diplomatic Afterlife.” And, here too, one marvels at how Boyd shifts from diplomat to citizen: she re-establishes ties with her alma mater; starts an executive coaching business; and works with Indigenous Australians in the East Kimberley and Pilbara regions of Western Australia. As both diplomat and citizen, Boyd’s own identity evolved, contributing in microcosm to the making and re-making of Australian interests, values and identities—and the country is all the better for this evolution. All this was possible due to her pragmatic, can-do personality and meticulous—yet personable—network-management skills. Boyd’s qualities suggest an identifiable Australian diplomatic style.

Boyd’s career-spanning stories will surely resonate with different audiences: aspiring diplomats who need to know upfront about the ever-increasing public dimension of diplomacy; with seasoned diplomats in need of a mid-career reality check; transnational activists who increasingly see themselves as diplomatic actors; scholars looking for evidence of diplomacy’s value in world politics; and, not least, with politicians worried about how to use taxpayers’ funds.

Allowing for the constraints of the memoir genre, our understanding of diplomacy’s evolution would be enhanced if more female diplomats were to write their stories. In Sue Boyd’s case, the Australian taxpayer has been well served. Diplomats do a great deal between cocktail parties.

When I was in college, I longed to travel and get paid to do it. So I asked a family friend—a British businessman—for career advice, adding that I’d never work for the government, that I didn’t want to give up being “me.”...