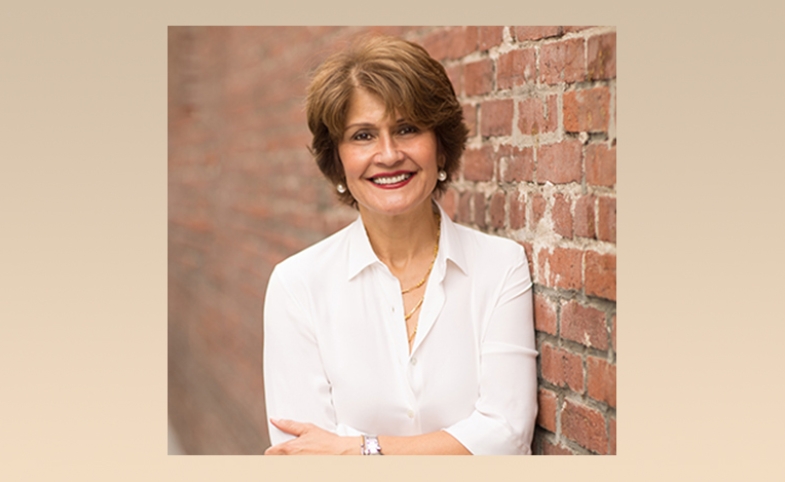 LOS ANGELES—Global events continue to prove the importance of public diplomacy in building trust and mutual understanding between nations. Meanwhile, even as online technologies bring the world closer together, they can also be used to sow international strife. Therefore, knowledge, understanding and technical ability in public diplomacy are now keys to effective conduct of foreign policy by any nation.

To further this expanding practice, entrepreneur and experienced diplomat Goli Ameri has endowed the Ameri Prize for Innovation in Public Diplomacy. In 2021, the USC Center on Public Diplomacy (CPD) joined with the U.S. Department of State to launch the annual prize, which honors mid-career public diplomacy professionals who devise innovative and scalable strategies for advancing foreign policy and international cooperation.

As a former U.S. Assistant Secretary of State for Educational and Cultural Affairs who served on CPD’s inaugural prize committee, Ameri was so impressed by the award’s possibilities that she wanted to ensure it could continue in perpetuity.

“People-to-people exchanges are powerful and create mutual understanding and respect. To have even larger impact, in today’s world we need to leverage scalable tools,” she says. Ameri, whose son Sherwin is a graduate of USC, also serves on the CPD Advisory Board and is as experienced in tech as she is in diplomacy. She is the co-founder and CEO of Startitup, an online platform that leverages the power of community combined with a depository of vetted business solutions to promote small business success.

“Digital technology has become a crucial tool for public diplomacy,” CPD Director Jay Wang notes. “We are grateful to Goli for endowing the Ameri Prize for Innovation because, in addition to her generosity, we see her blend of diplomacy expertise, entrepreneurial acumen and visionary commitment to technology as a positive force in what can and will be achieved through this award in the years to come.”

“I’m honored to be associated with this prize,” says Ameri, who was born in Iran and describes herself as a first-generation immigrant who continues to be inspired by the ideals of the United States. “This country—and everything it stands for—empowered me and helped me understand what truly matters in an ideal society: freedom, democracy, human rights, inclusion and equality, helping those in need and always thinking of the greater good.”

Promoting such ideals, Ameri notes, is why “public diplomacy has always sung to me. I want the rest of the world to experience America and American values the way I have, and to see how a society that questions itself and that is consistently on the path to self-improvement can serve its constituents in the best possible manner.”

Ameri will speak about the prize and the future of the field at the forum “Innovating Public Diplomacy: What’s Next,” hosted by CPD at the National Museum of American Diplomacy in Washington, D.C., on May 2. In keeping with the future-facing focus of the Ameri Prize, the event will offer fresh perspectives from current and former U.S. Assistant Secretaries of State for Educational and Cultural Affairs, including Lee Satterfield, Marie Royce and Evan Ryan. Acting Under Secretary for Public Diplomacy and Public Affairs Elizabeth Allen will deliver the opening remarks.

The 2022 Ameri Prize winners will be announced in the fall. In addition to receiving a cash award, recipients are invited to participate in a week-long residency at the University of Southern California, engaging with students, scholars and members of the broader community in the global city of Los Angeles.

By recognizing emerging diplomatic leaders, the Ameri Prize inspires foreign and civil service officers to apply their creativity toward meeting urgent challenges. The 2021 Innovation Prize recipients, Gretchen M. Franke and Chad D. Houghton, exemplify the leading-edge initiatives that the Ameri Prize encourages and rewards. The pair won for their work on a program fighting disinformation in Poland.

The innovations recognized by the Ameri Prize will not only demonstrate public diplomacy leadership on behalf of the United States but also further bolster the field at a moment when public diplomacy is needed more than ever.

“Supporting this award is like a lifetime dream come true,” Ameri says, “because I know what a tremendous impact it will have on the work of our dedicated foreign service officers and civil servants.”

About the USC Center on Public Diplomacy

Established in 2003 at the University of Southern California, the USC Center on Public Diplomacy (CPD) is a research, analysis and professional training organization dedicated to furthering the study and practice of global public diplomacy. Since its inception, CPD has become an ambitious and productive leader in the public diplomacy research and scholarship community and plays host to robust discussions about the future of public diplomacy. To learn more about CPD, please visit USCPublicDiplomacy.org.

FOR IMMEDIATE RELEASE First Awardees of the Prize Recognized for Countering Disinformation in Poland LOS ANGELES—Two U.S. Department of State diplomats have received the inaugural Public Diplomacy Innovation Prize from...

CPD is delighted to welcome Goli Ameri and Nathan Gardels to the CPD Advisory Board.  “Goli and Nathan are both distinguished leaders with a wealth of experience in public diplomacy and international relations," said...

In our increasingly globalized world, trust and mutual understanding are more important than ever. Public diplomacy, a sovereign nation’s outreach to foreign publics, provides the toolkit to get us there. The USC Center...